I’ve been painting bears this entire week and I filmed a few time lapses of the process. This one is probably one of my all time favorites because of the teal accents and the video gives an idea of the process of painting a realistic bear in acrylics: 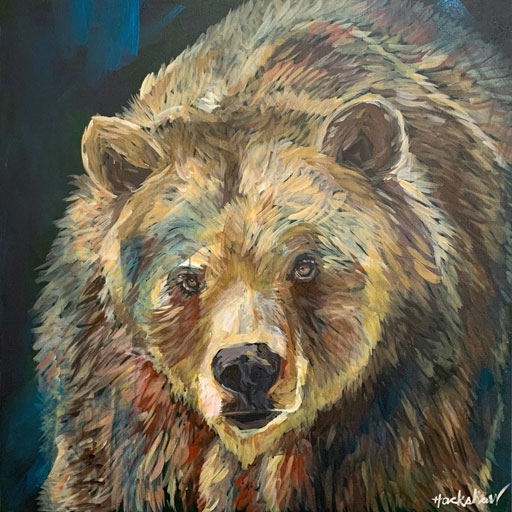 As you will see in the video I never start with a white canvas. This 30″x30″ gallery canvas has been prepped with a layer of green, black and turquoise mixed together to create a dark base. I use a photo as a reference and use a chalk grid so that I can work on different sections simultaneously. Here is the time-lapse:

This painting is already sold but I do plan on having a giclee print soon!

I wanted to paint something to commemorate the 20th anniversary of 9/11, to honor all the heroes who ran towards danger and for all the people who lost their lives that day. I decided on a September 11 painting time lapse that would work in several layers: 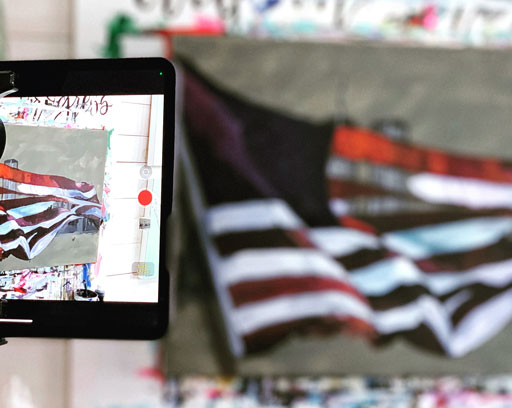 I started the painting with a quick New York City skyline sketch:

Then I began painting an American flag over the skyline. My original plan was to completely paint over the whole thing because the real finished piece would be the time lapse, but several customers came into the store and commented how they liked it unfinished….with the towers still peeking through the flag. So that’s how I left it:

There is so much art that has been created in order to process 9/11. There are more than 150 pieces in the 9/11 Memorial Collection if you want to take the all in.

Another story that I knew very little about was that over 300 dogs took part in the search, rescue and recovery efforts at Ground Zero. There were veterinarians on site during the efforts because the dogs needed their noses and eyes cleaned often. You can read about our 4-legged heroes here.

My favorite time of year is coming and I was inspired to paint a Fall landscape: 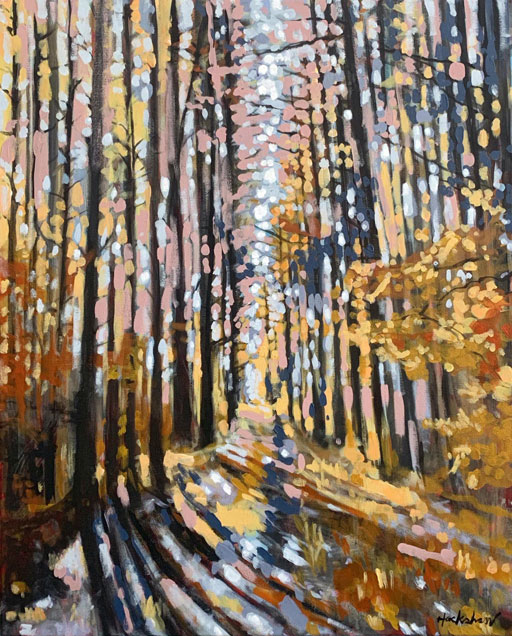 I first sketched out the trees with black paint and then added the layers of light using short paint strokes. I recorded the Fall Landscape Painting Time Lapse below:

The Fall is the most beautiful season in the Smoky Mountains. Below are a few photos I took last year in the Great Smoky Mountains National Park that I found in my “landscapes to paint” folder. Most of them are from Indian Creek where I like to run most mornings. This is a footbridge across Indian Creek: 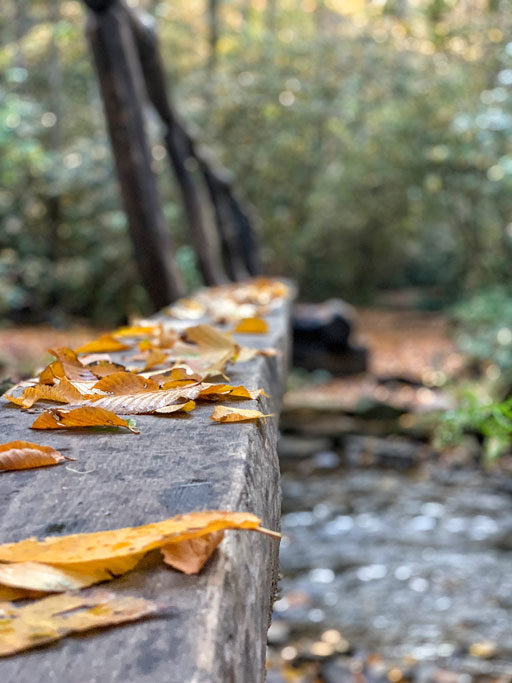 Indian Creek where it meets up with Deep Creek: 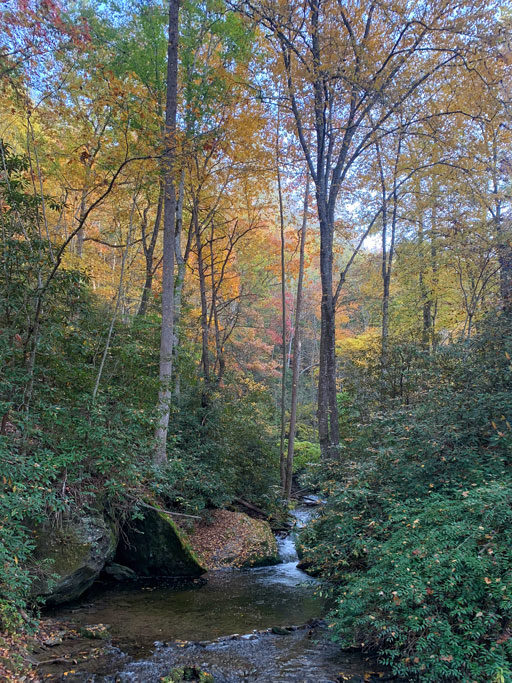 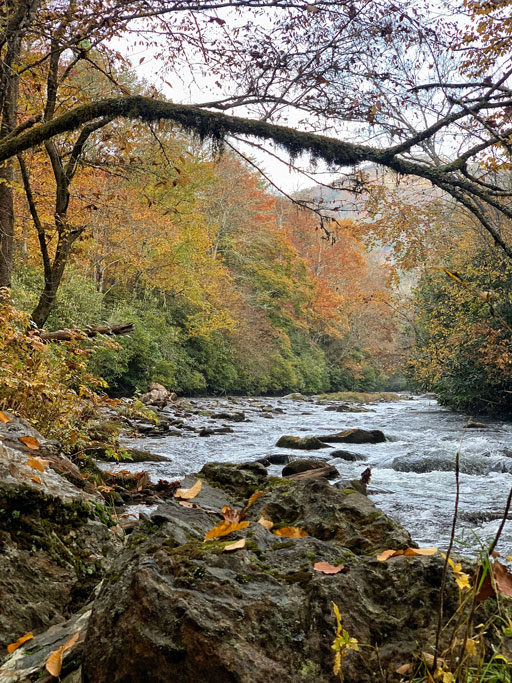