Menu
You are here: Home / Cancer Chronicles / This Daring Adventure

Mr. LBB and I woke up this morning to Boo yelling from the living room for us to please not wake up because she didn’t want us to see what she was writing in her new diary.  We weren’t awake until she asked us not to be awake. Classic.

Mr. LBB rolled over, put his hand on my arm, and said “Dear God, thank you for keeping my wife here with me.”

It’s one year to the day since I went in for surgery at Loma Linda University. I call it the day that never was….because I was under anesthesia.  Funny how that works……you close your eyes and it seems like only a second passes before you wake up again.  No idea how long you were under.

When I was moved out of ICU I remember Lisa calling Mr. LBB and asking if she could share an update with everyone…..and I asked him to write something on the blog.  And he did. You know….you worry about me….and I worry about you right back….that’s why I love this little online community.

I was thinking about those few days at Loma Linda last night and just about gave myself a panic attack.  My mind started going to what Mr. LBB and Boo’s life might be like if that night had taken a different turn.  It’s stuff you never want to admit that you think about: would they be living somewhere else? who would go to Boo’s Mother’s Day activities at school? Life goes on…..

A year ago yesterday I would have told you that surgery was no big deal.  I’d recover quickly and then I’d be on my way to getting pregnant again.  You think you are invincible and then you lose a crucial organ that’s necessary for reproduction.

Boo asks for a brother or sister almost every day in some way.  On her biography poem for school in September she wrote on the line asking about her siblings: I have a brother named Diesel.  Sigh…..her “brother” is an elderly dog.

A year later we are just starting to navigate the world of surrogacy and adoption.  One day when Boo was upset that we weren’t working harder to get her another brother or sister I said “well, who knows…..maybe someday we’ll add someone to our family. Where would you want a sibling from? California? China?” She got upset and insisted that she couldn’t speak Chinese so how would a sister from China work out?! I told her we’d just have to start speaking Chinese.

I’m just kind of letting my life take me where it takes me.  There are no grand plans.  I like it that way.  There’s never any expectations or disappointments.  Everything that happens…..happens.  And I know it’s the way that God meant it to be in the first place.

So maybe we won’t have more than one child.  Or maybe we’ll have four.  I joke with my little sister that she should have twins and give me the cutest one.  Sometimes Mr. LBB and I discuss traveling the world (A Year of Lil Blue Boo in Provence?)

(I’ve been watching too much election TV)

Today I’m thankful. I’m thankful for this daring adventure. And I’m hoping it’s a long one. 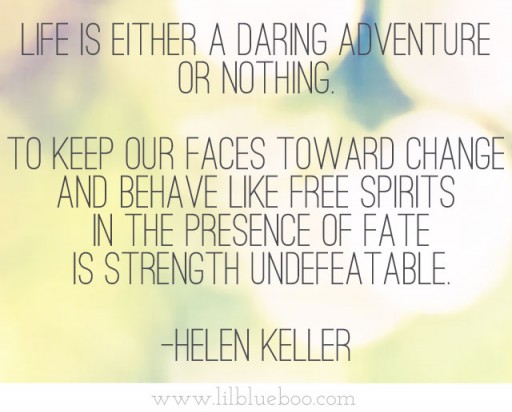 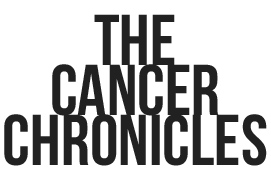