Menu
You are here: Home / Life / It Will all End Well

I had a dream that I was in a crash 2 nights ago. I assumed it was a plane.  As I was hoping on a plane to Houston yesterday I literally even texted my friend Jay before traveling so that someone would know: 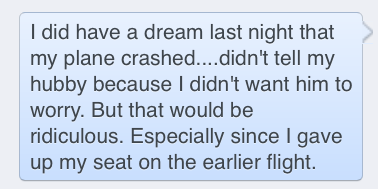 I gave up my seat on the earlier flight thinking it was kind of like Russian Roulette.  And on the second flight, I think I realized early on that I probably gave up the safer seat. (I have a deeply warped imagination….) As we neared the approach to Houston I wrote in my journal to document the passing time, just in case….I guess assuming my journal would survive impact:

The plane always gets eerily quiet as it starts to descend. Like this dampened hush.
Ears pop. Hush gone.
I have to pee. It would be nice to die without having to pee.
Ever notice how the clouds always move by quicker than the ground does?
Houston looks like little collages of circuit boards.
Except for the pretty aqua cesspools.
“Ladies and Gentlemen, we have been cleared to land.”
[Insert long, boring spiel about tray tables.]
Good grief. That was a really steep turn.
Something just doesn’t sound right. No one else seems to care.
What if we just dropped out of the sky? I’d pee. That’s what would happen.
There goes the landing gear. I choose hope.
The cars look like little ant cars down there. Where are all those people headed?
Aww…little ant-sized school buses park all in a row in their little ant-sized parking lot.
Horse farm.
Runway.
Landed.
Awesome.
Not my time to go.
Thank you God.

But my rental car did.

I snuck out right before lunch today to get some books to hand out for the breakout session I am speaking at tomorrow.

I’ve never been in a car wreck before, and it was exactly like it is in the movies. It took a few seconds to realize what was happening. All I saw was a white hood coming straight towards me. Time slowed down to a halt. And I vividly remember thinking: This is not going to end well.

And then: I don’t want to die in Galveston.

And: You are wearing your conference name tag for easy identification.

Then the car slammed into the right side passenger door. Then everything was in slow motion: airbags deploying, car spinning uncontrollably, diet coke moving in a slow wave across the floorboard…

Then silence. What seemed like a silent forever.  Zero sound.

And then suddenly I was being sucked in reverse back through the black hole.

And then there were people yelling. I looked up and my car was inching forward slowly, my foot wasn’t on the brake.  My eyes hurt from the powder of the airbags. And there were feathers flying around like I’d had a pillow case fight.

Did I hit a chicken?

People yelling through the window: Are you okay? Stay put. We called 911. No, leave the car. Leaking fluids everywhere.

I got out and made my way to the curb.

I don’t remember seeing any cars when I made the turn. It must have been a blind spot. The lights at eye level in the intersection were covered by trash bags. Tattered trash bags flapping in the breeze and enough to pull your attention away for a brief moment.

One of the officers said that he wasn’t surprised….that it was the most dangerous intersection in Galveston.  He said there used to be a “no left turn” sign but businesses complained and the sign eventually came down. The accidents still happen.  That kind of makes me a little mad.

One of the police officers offered to take me back to the hotel.  He had a ride along. Nothing like getting dropped off at a blogging conference from the back seat of a police car. Only a few hours earlier and woman who had a murder warrant out was sitting in my same seat. It will probably be in the local paper.  Thanks Officer McNeill. It’s awesome riding in the back of a police car when you aren’t in any kind of trouble.

Life can shift so quickly: 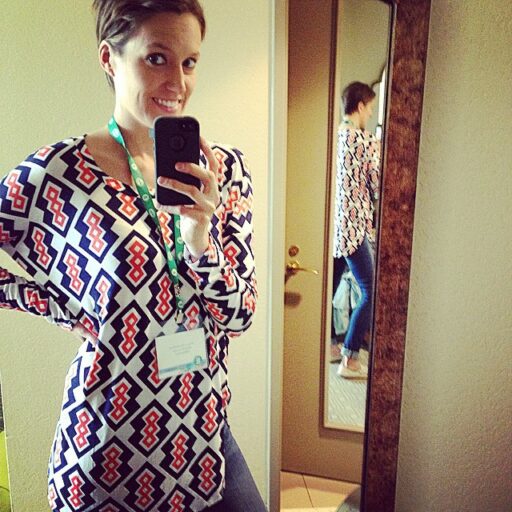 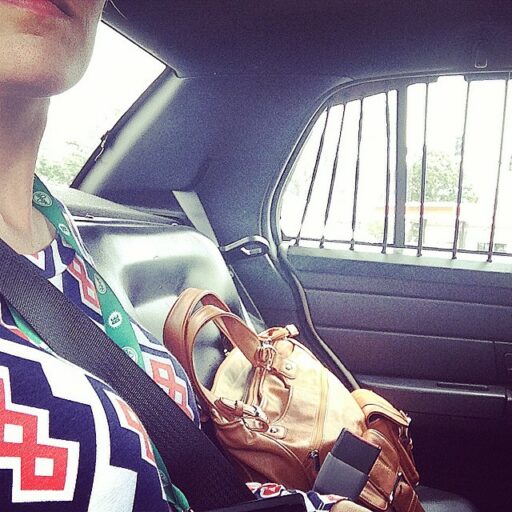 I can tell my right arm is jacked, maybe I tried to brace against the impact.

My ears are still ringing.

I can feel my whole body stiffening as the adrenaline leaves.

But I walked away.

I always have a deep gut instinct about things. My mom and grandmother too.

Like the premonition about trying to outrun a tornado. …and then that happened: 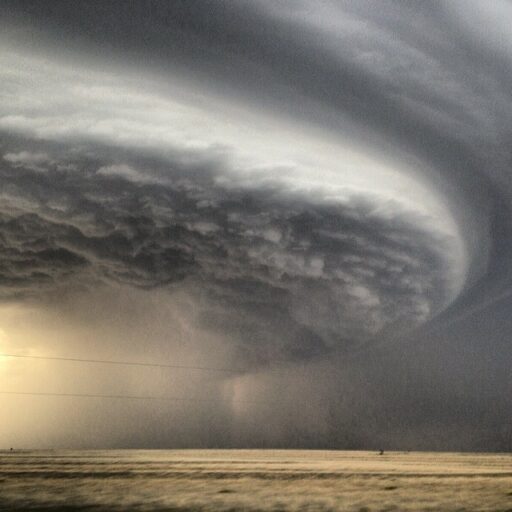 Premonitions are supposed to be warnings.

Although I never really seem to heed them.

Because, if I DID heed them:

I am speaking tomorrow morning at the Blog Elevated Conference here in Galveston, TX about blogging with heart.

I might not be able to turn my head, but my heart still works.

It will all end well.