Menu
You are here: Home / Uncategorized / Something I Read in a Book

Sometimes I wonder about my life. I lead a small life – well, valuable, but small – and sometimes I wonder, do I do it because I like it, or because I haven’t been brave? So much of what I see reminds me of something I read in a book, when shouldn’t it be the other way around? I don’t really want an answer. I just want to send this cosmic question out into the void. So good night, dear void. -Kathleen Kelly, You’ve Got Mail

Today was my first day volunteering at the Friends of the Marianna Black Library store in downtown Bryson City.  It’s a used bookstore that benefits the local library.  I’ve always wanted to work at a bookstore, especially after watching You’ve Got Mail, Notting Hill and The Neverending Story.  Today was really just a training day and I learned how to use a cash register again (it’s been probably 15 years since I used one).  I rang up 2 customers. One of those customers was me…because I bought 6 books on my first day.

Friends of MBL (located right next to Cork & Bean) 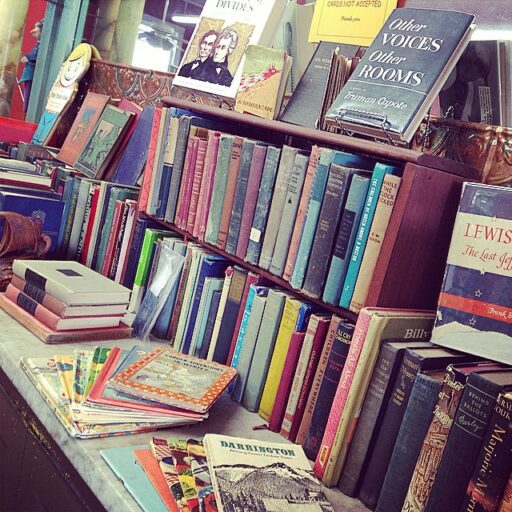 Speaking of The Neverending Story…I watched that last night. It was just kinda weird, nothing like I remembered it. Falcor wasn’t the cute doggy dragon I remembered, Atreyu yelled way too much, and the Swamp of Sadness was just a big swamp of sadness.  Sometimes childhood movies should not be revisited. But the whole idea of being lost in a book…well I love that.  I’ve tried to set aside at least an hour a day now just for reading, and then I write. I sat by the river this morning and read a book as I drank a Grape Fanta: 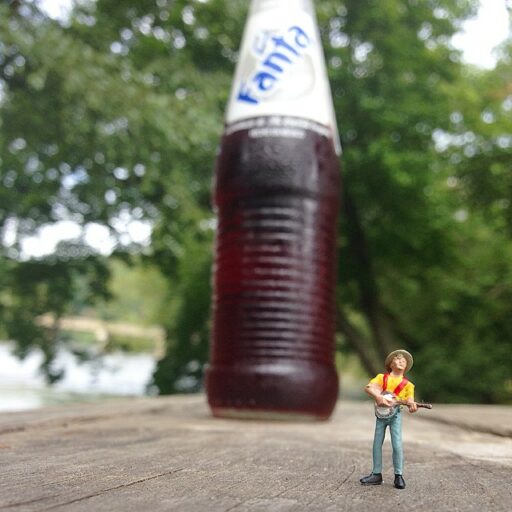 If you have never spent whole afternoons with burning ears and rumpled hair, forgetting the world around you over a book, forgetting cold and hunger–

If you have never read secretly under the bedclothes with a flashlight, because your father or mother or some other well-meaning person has switched off the lamp on the plausible ground that it was time to sleep because you had to get up so early–

If you have never wept bitter tears because a wonderful story has come to an end and you must take your leave of the characters with whom you have shared so many adventures, whom you have loved and admired, for whom you have hoped and feared, and without whose company life seems empty and meaningless–

If such things have not been part of your own experience, you probably won’t understand what Bastian did next.

That quote reminds me of when I read my last Steinbeck novel…I cried closing the last page, because I knew it was the end and no more would ever be written. Or when I read Katherine’s Graham’s Personal History…and I got to the scene in the middle of the book about her husband’s death…I had to close the book and put it away for over a year before I could read the rest. And Sylvia Plath’s Unabridged Journals I’ve read so many times the pages are falling out…and some journals are missing because they were either destroyed or lost and that drives me cuckoo. And when I read them it’s like she’s reading my mind. And so on and so on. And then there’s the whole appeal of a used book…especially the old and tattered ones. There’s something very mysterious about them, there’s something very mysterious about used bookstores in general…especially when they are in the setting of an old historic building, with the original soda fountain stools from years ago. And the treasure hunt! A very young couple today came in looking for Steinbeck. They were staying in the Yurt village for a few days up at the Nantahala Gorge. I loved hearing about their experience in a Yurt. And that all created a flashback to when I once studied Chinese movies in college and we watched Mongolian movies….everyone lived in Yurts. Mongolia may have invented the Yurt.  Someone asked me the other day about daydreaming….how I manage to do it. Learn to lose yourself in books first, then the daydreaming comes easily after that…

…and it could be really awesome in a Yurt.