Menu
You are here: Home / Sixty One Park / The Old Whittier Hotel – A Railroad Boarding House From the Past

The old Whittier Hotel is a railroad boarding house a few miles away. We spent the morning salvaging some old antique doors for the Sixty-One Park Farmhouse out of it: 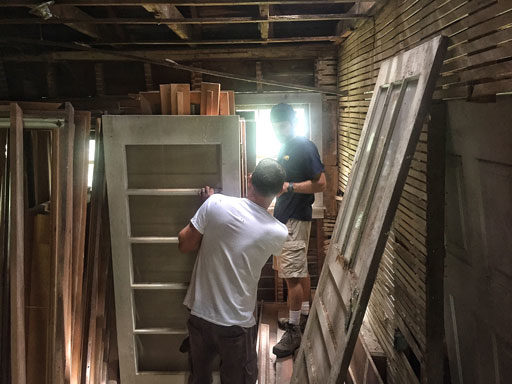 The old hotel was a boarding house for passengers who came into Whittier, NC by train. It’s only five miles from Bryson City and is well over 100 years old. It’s also one of the few original Whittier businesses still standing: 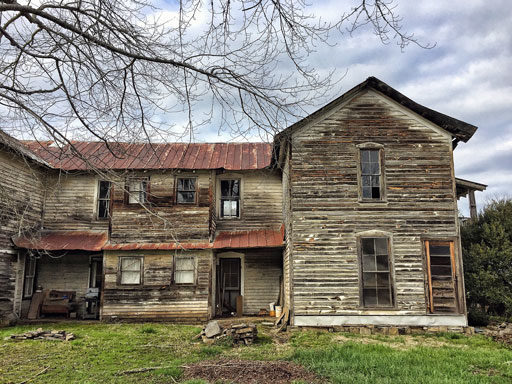 Gloria Nolan, who owns a small thrift store in downtown Whittier, is my go-to for history and old photos. She built an enormous model of the old town in her store.  Here’s downtown Whittier back in the old days…the hotel stands right in the center of the photo: 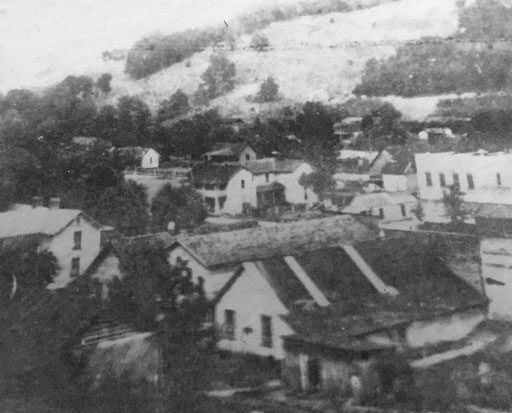 Another view of the hotel (on the left): 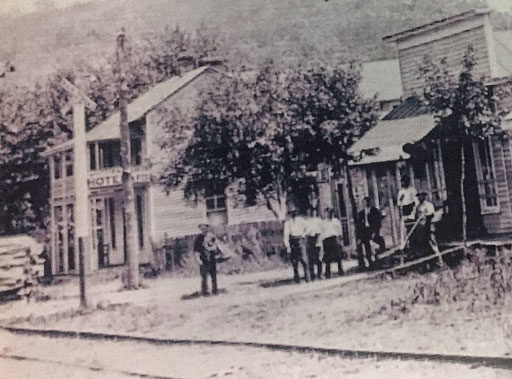 The book My Mountain Granny (by Matthew Link Baker) has some more info on the hotel’s history:

Alexander Hamilton Hayes and his wife Margaret built the Whittier hotel around the turn of the century. It became known as the McHan Hotel. The McHan Hotel was ran by Eva Summerow McHan and Robert McHan.

McHan Hotel catered to large numbers of people including the drummers coming through. They would come into town, rent a room at one of the hotels, and a horse and buggy from the livery stable. They would travel around peddling apple trees, grapevines, sewing machines or anything they could sell. They would take the orders, then send the merchandise back on the train. Colonel Raymond Robbins also stayed at the McHan Hotel while on escape from Washington in 1932.

The Hotel had fourteen rooms and cost one dollar a night, including meals. The mass exodus that occurred in the 30’s and 40’s took away much of the hotel’s business. After the hotel closed, the front portion of it was used as a barber shop by Ike Parris until the mid 1980’s. 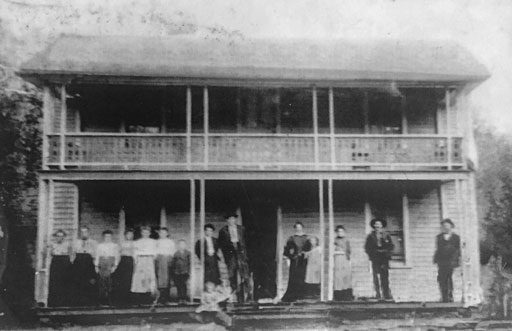 This is what that same porch looks like today…I took the photo as the doors were coming out: 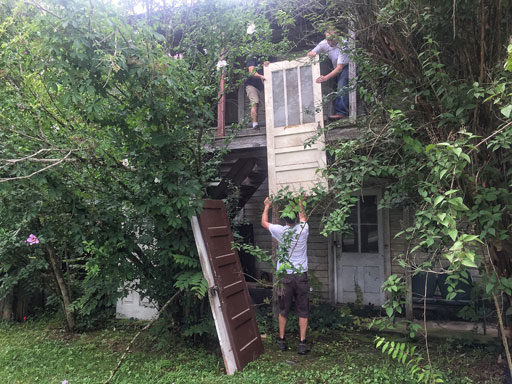 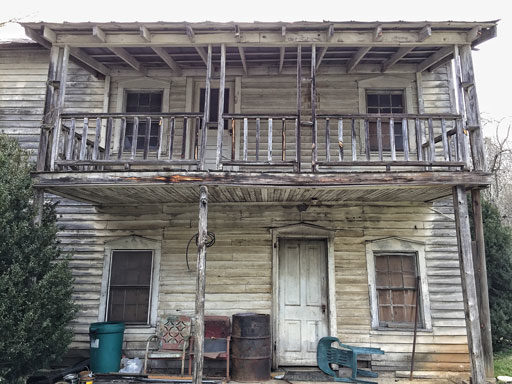 If these walls could talk they’d have plenty of stories to tell: 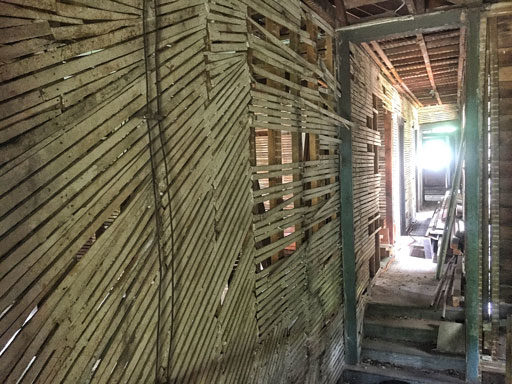 A staircase to nowhere: 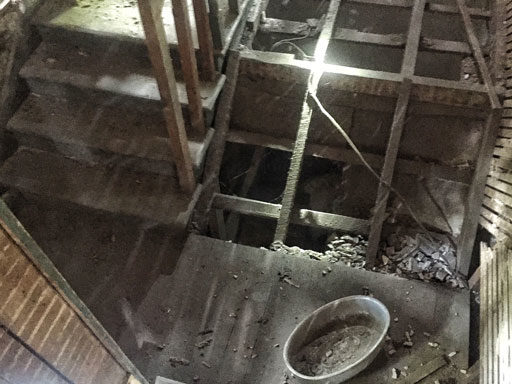 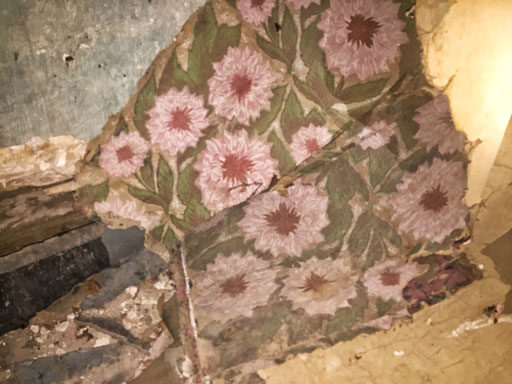 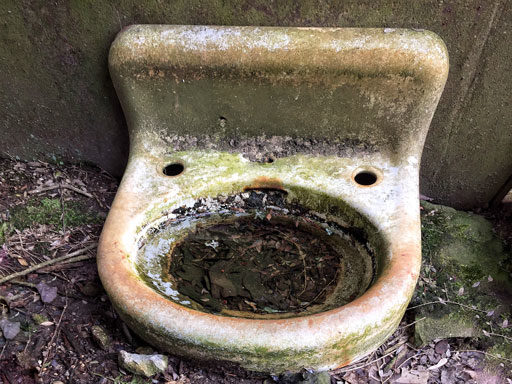 The town of Whittier was founded in 1895 by Dr. Clark Whittier, a relative of Quaker poet John Greenleaf Whittier. I found this interesting tidbit in an 1885 copy of the Friends’ Review: A Religious, Literary and Miscellanieous Review:

Dr. Clark Whittier, of California, the founder, has recently purchased 60,000 acres of land in Swain and Jackson counties, and he has options of about 30,000 acres more. This land he proposes to cut up into small farms.

The unique features of the town, are the provisions made against the sale of liquor. Arrangements have ben made to prevent the manufacture and sale of spirituous and malt liquors, not only in the town, but within ten miles of it in every direction. There is a clause in every deed to land sold which provides that if at any time spirituous or malt liquor shall be manufactured, sold or given away on the land, the sale land revert back to Dr. Whittier or his heirs, upon the payment of the original purchase money.

I wonder if anyone ever got caught selling liquor?

Whittier was just a whistle-stop on the Southern Railway. The completion of the railroad in the western-most part of North Carolina brought new types of business including boarding houses and hotels.

These days the small town of Whittier is also the “North Pole” for the Great Smoky Mountain Railroad’s Polar Express that leaves out of the Bryson City depot in November and December.

I hope the hotel gets a new life one day but if it doesn’t at least a few of the doors will still stay around this area. I love that the doors we found today will add even more railroad history to the farmhouse we are renovating. I’ll have to label them somehow so people who stay at the farmhouse will know which doors were once hotel doors.

You can read more about the history of the farmhouse we are renovating here.