My friend Amanda Evanston is a wonderful artist and teacher. She held a February challenge of #28FebruaryFlowers and I thought it would be another fun challenge to jump into. It was fun to see other artists jump into the challenge and by the end of February over 10,000 paintings had been produced! You can see the paintings associated with that hashtag here.

I hadn’t really painted florals in a while so I started with some small studies on cardboard: 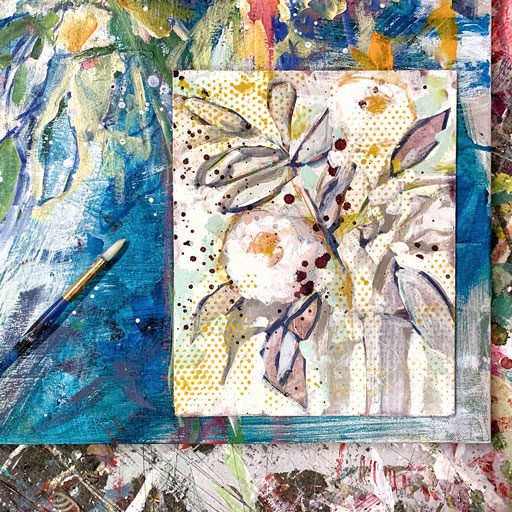 I liked the texture of the cardboard so much that I just kept on painting these 8×10 pieces: 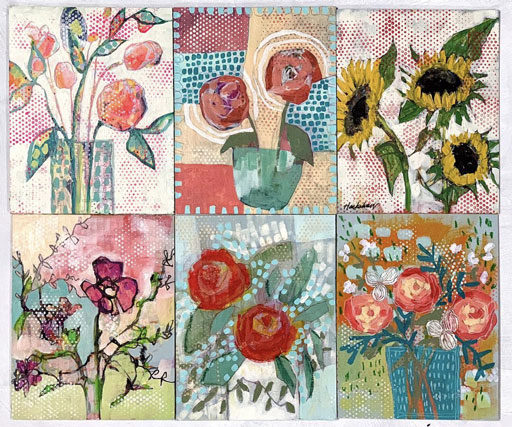 I did go a little larger throughout the month. Here is just a huge mess of paintings being worked on all at once: 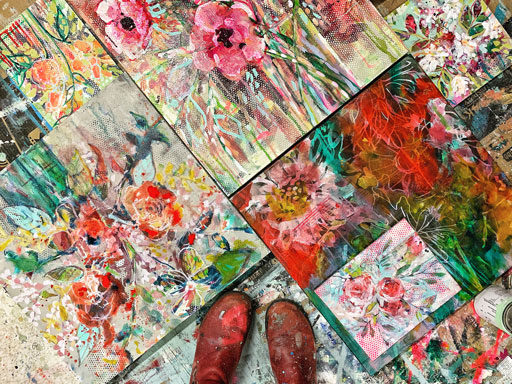 Sometimes the flowers were imaginary: 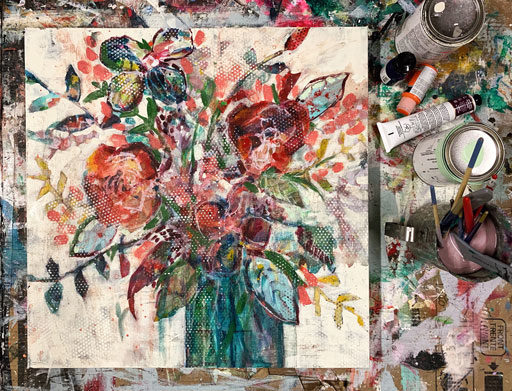 And other times from a photo…this was small square section of a magazine clipping: 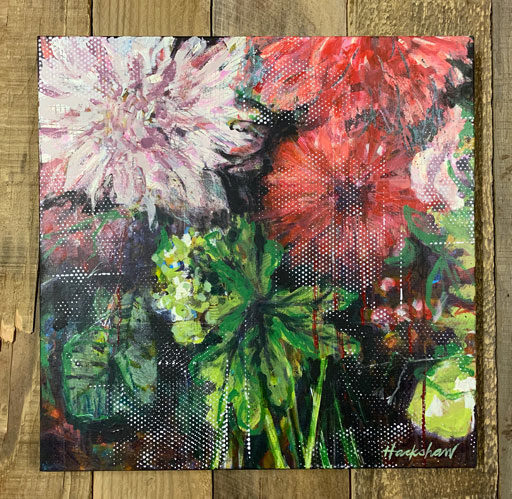 Early on in the month I spent some time at the Biltmore Conservatory to photograph flowers for inspiration: 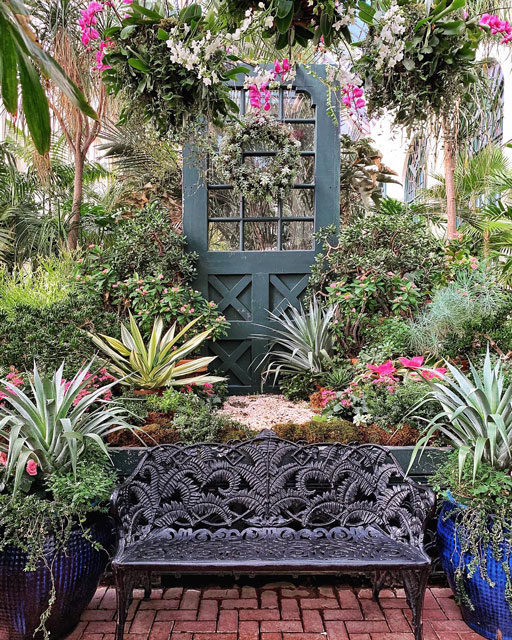 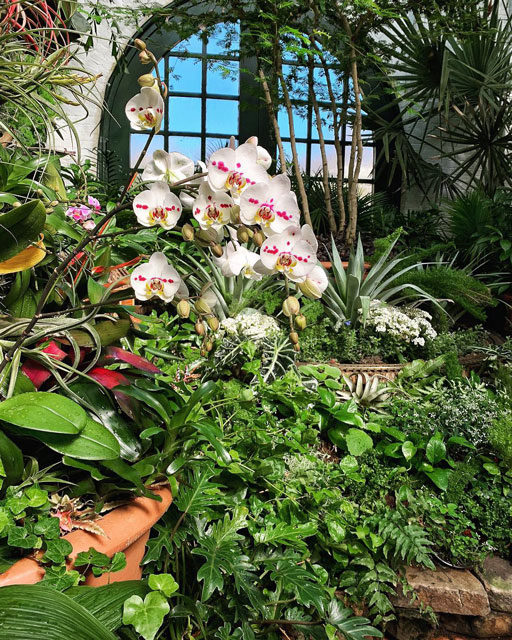 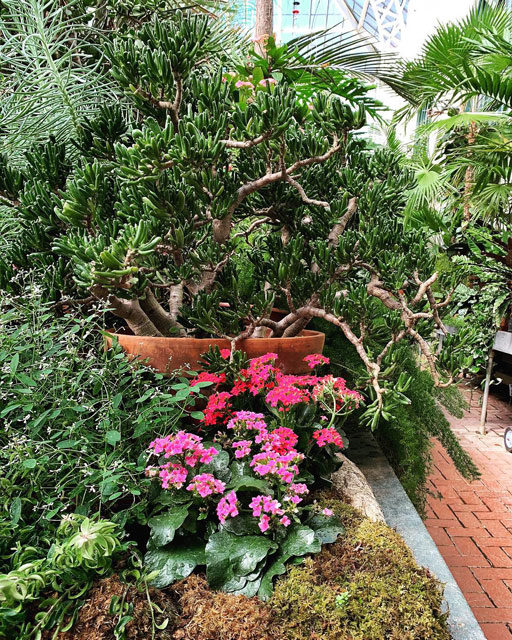 A flower arrangement in process: 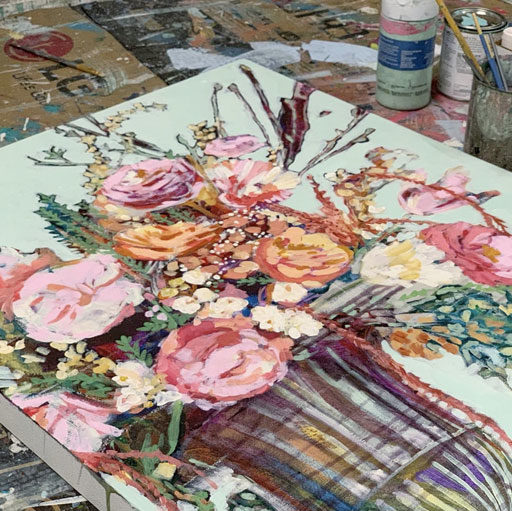 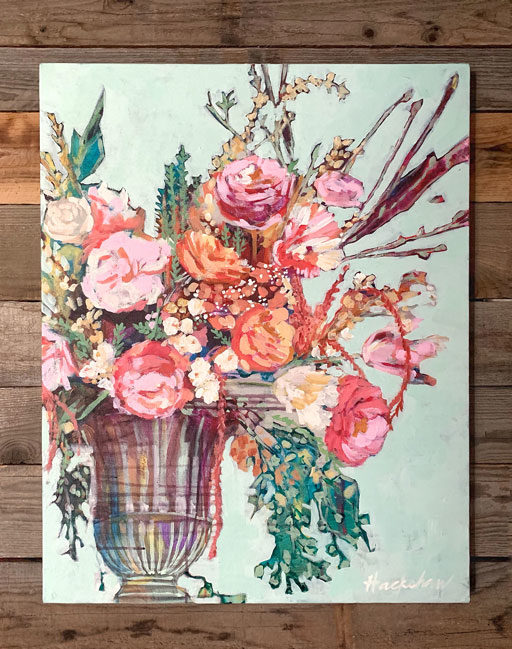 Ok this is the most exciting thing about my art in February…Brett built me a barn wood wall in my studio! Ok, it was actually to cover up some structural work that had to be done….but he went out of his way to make it a backdrop for my paintings: 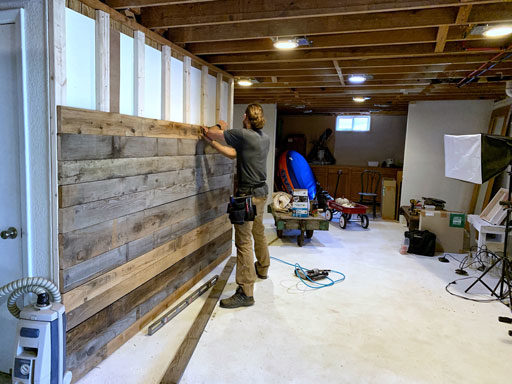 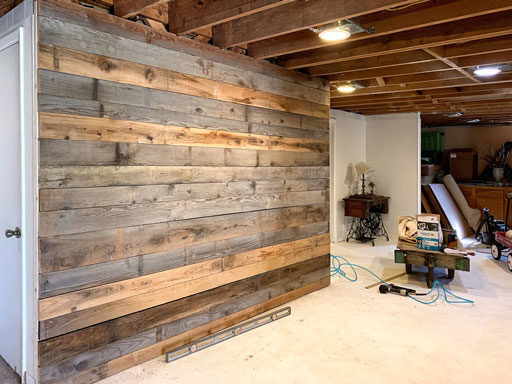 And the thing I love most is that I can nail a gazillion nails into the wall and you’d never know. Here are a bunch of my recent paintings all in one place: 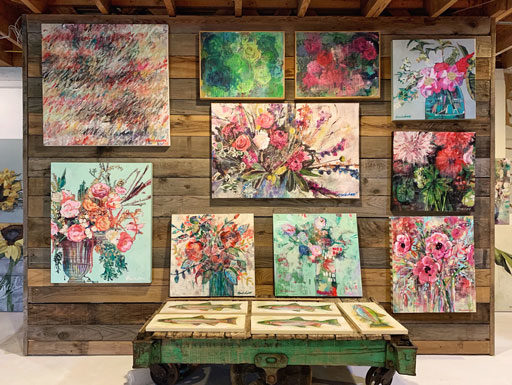 I usually take photos of large paintings as they develop and was thinking about sharing those in different stages if that might be of interest to anyone…kind of a step-by-step progression. I am going to start doing some time lapses too. I cut a small lens hole in a cardboard box and nailed it to my studio ceiling as a camera holder and was able to get the video below. I just need to fix the lighting at my workspace before the next one….the only light here is an old 1950s desk lamp with a bluish light. My favorite part is the slow swirling of the water next to the painting. Any suggestions on what would be the best way to light this space? Hanging a work lamp from the ceiling too maybe? I do have an electrical plug in the ceiling thanks to my very encouraging hubby.

Also, I finally got most of these painting finished up and listed on Etsy yesterday if anyone is interested. Check back here tomorrow too and I will post one of the first painting progressions.

Also, I’m really trying to blog more often and I think I just have to be less of a perfectionist. I always try to hold off until I’m done with a project but who made that rule!? I guess I did?! I need to just start posting as I go instead of making it so overwhelming. There I said it so now I’ll do it right? Anyway…thanks for reading!