Menu
You are here: Home / Travel / Kephart Prong Trail and Remnants of an CCC Camp

One of the prettiest day hikes in the Great Smoky Mountains National Park is Kephart Prong Trail. It’s a 4-mile hike that gradually climbs 830ft in elevation. The trail starts out right off of Newfound Gap Road near the Oconoluftee Visitor Center (Here is the location link on Google Maps.) 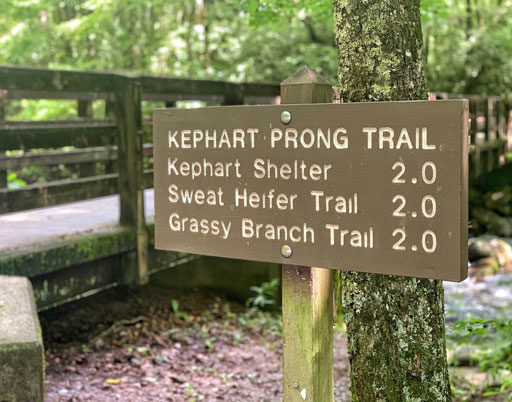 It’s a gorgeous hike with multiple footbridge river crossings and lots of really cool remnants of the old CCC camp, WPA, and logging operations from the 1930s. 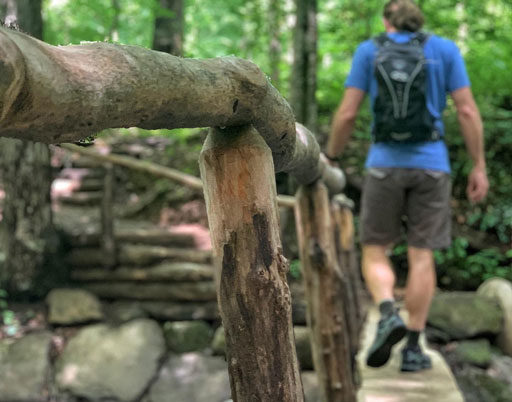 The trail starts out pretty flat and about 2/10ths of a mile into the hike there are some cool historical things to look out for. It used to be the location of a Civilian Conservation Corp camp (CCC) in the 1930s. The large boxwoods are the first sign that you are entering what used to be the camp: 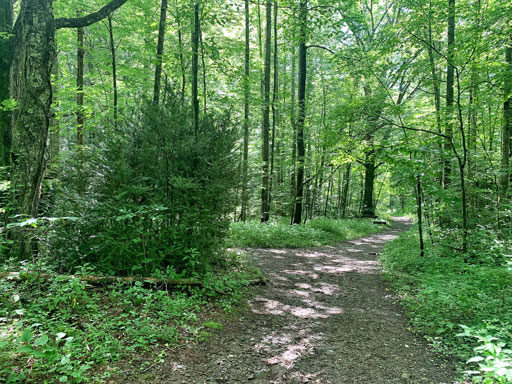 Just a little background history on the CCC in the area: The Civilian Conservation Corps (“CCC”) was part of President Roosevelt’s Federal Unemployment Relief Act signed into in 1933. As part of the law, single, unemployed men between the ages of 18 and 25 could enroll in the CCC for 6-months at a time for a wage of $30 a month. CCC workers constructed visitor centers, fire towers, bridges, roads, fought forest fires, built fish ponds among other huge achievements. There were 22 CCC camps created in the Great Smoky Mountains National Park and they existed until 1942. This location was just one of the camps in the national park.

It’s easier to spot some of the landmarks in the winter time, but you can still find things like old stonework that would have marked the entrance to a barrack or mess hall: 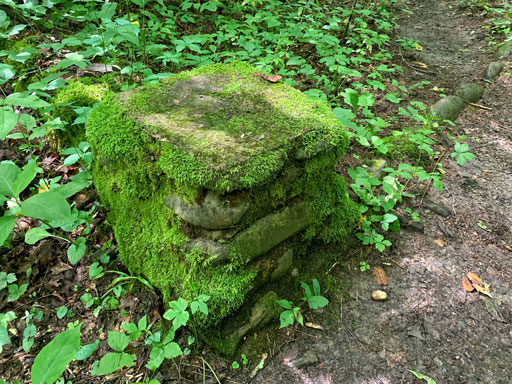 The old sign board from the camp is still there with the original stonework: 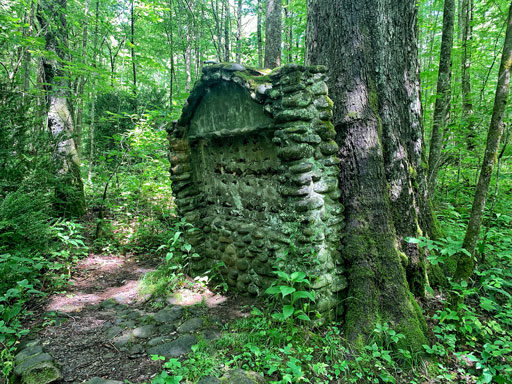 It’s a little eerie how nature just takes over as if humans were never there: 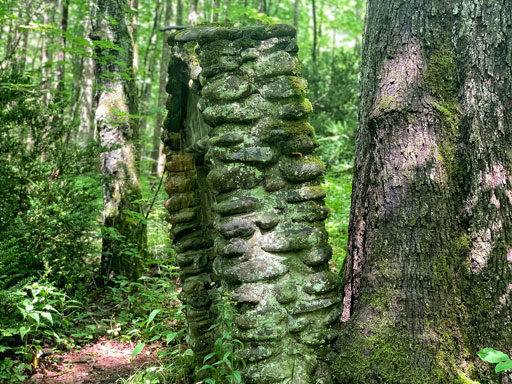 Right past the old signboard is a chimney: 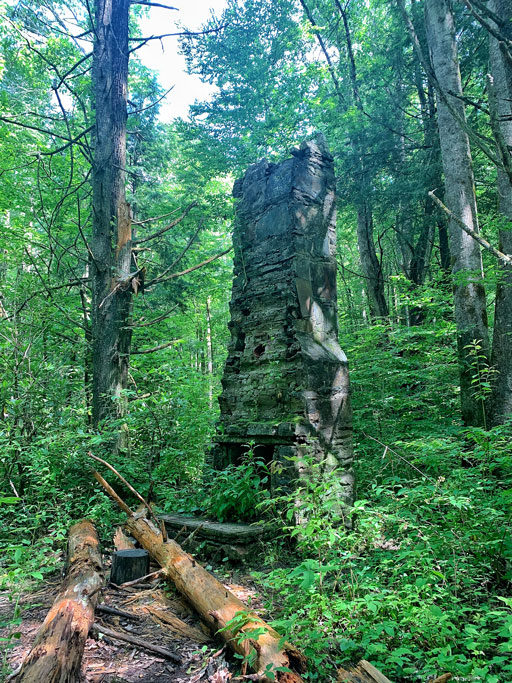 This is a 1934 photo from the nps.gov archives that shows some of the men of CCC Company No. 411 at the same camp…next time I go back to the chimney I need to take a photo of the backside so I can compare the stonework because odds are that it’s the same chimney! 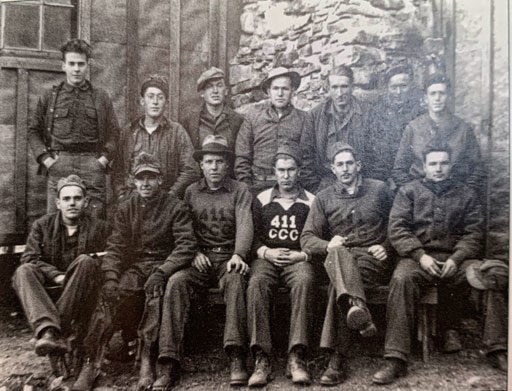 Also nearby is an old water fountain base, seemingly in the middle of nowhere so it takes some imagination to think of what was once there: 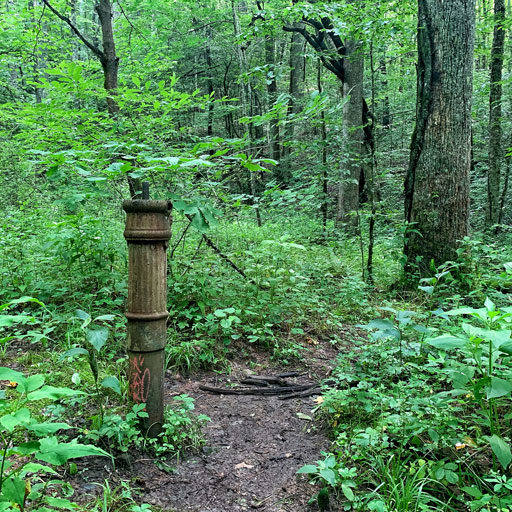 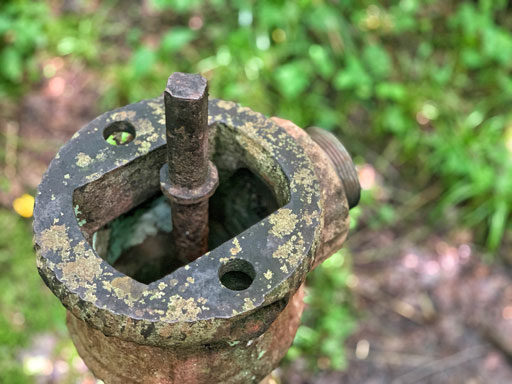 After the camp the Kephart Prong trail follows the river upstream and the view is filled with moss covered rocks and heavy rhododendron foliage: 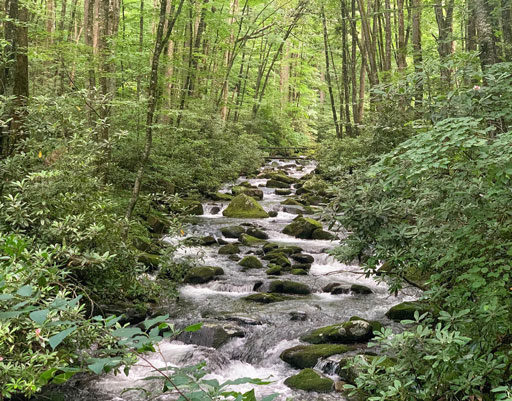 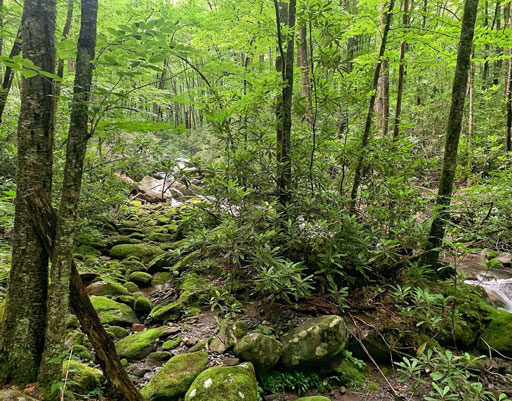 There are a few precarious river crossings but at least there are handrails! The trail crosses the Kephart Prong waterway four times along the way: 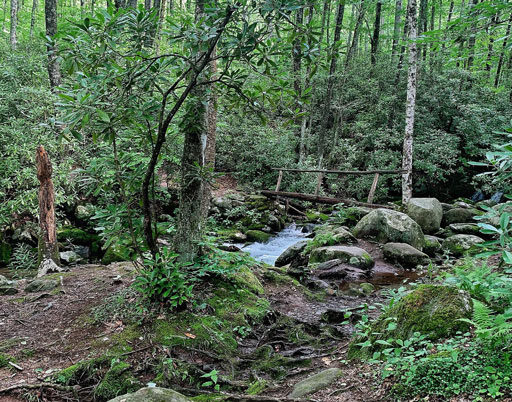 It doesn’t get any prettier than this:

This moss covered stonework dates all the way back to the Civilian Conservation Corps camp in the 1930s:

Towards the top of the trail there are old iron rails just sitting off on the side: 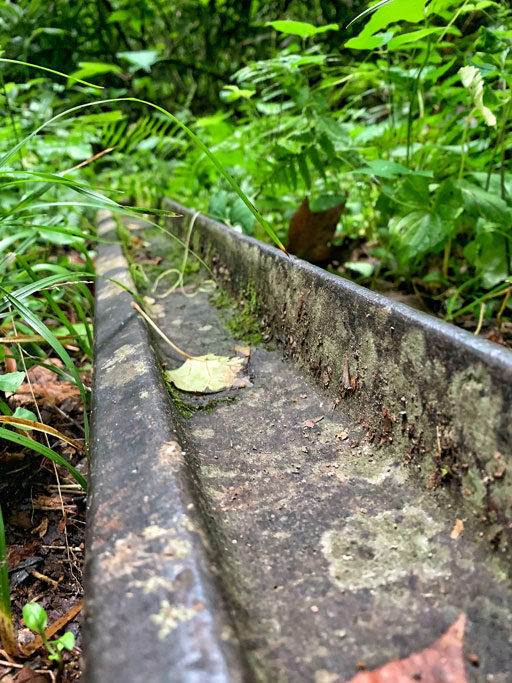 They were once part of the Champion Fibre Company logging operations in the 1930s. I wish I could step back and time and see a steam engine going by: 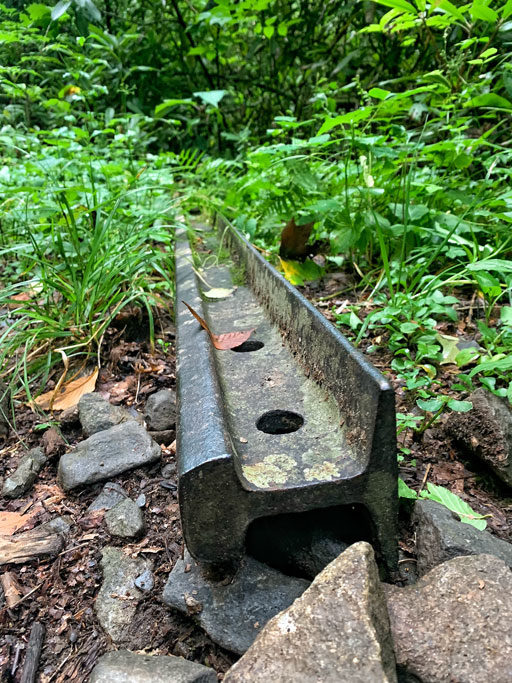 Found this little guy too: 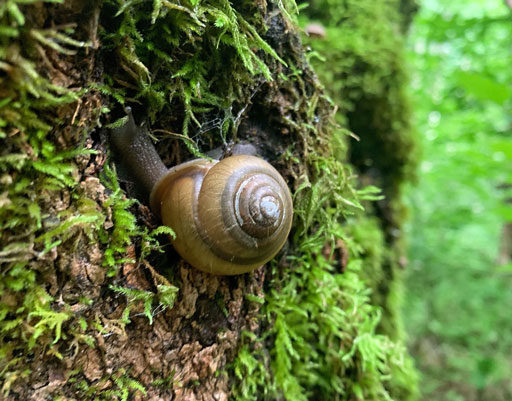 The Kephart Shelter is at the end of the trail and it’s a really beautiful campsite. 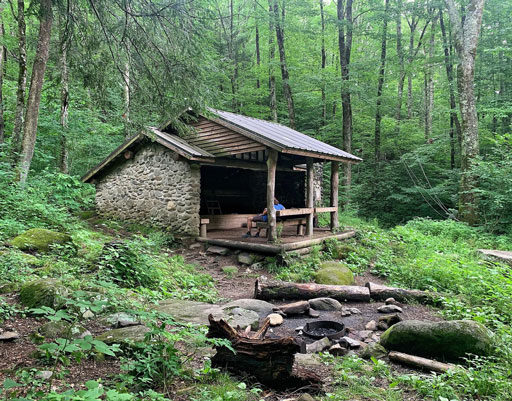 On this particular hike Brett and I got stuck in a huge rainstorm! We could barely see where we were going:

The trail, waterway and shelter are named for Horace Kephart who is most known his book Our Southern Highlanders. He died in a car accident in 1931 and is buried in the Bryson City Cemetery.

I have an index of more of my favorite hikes and places to visit in the Smokies and WNC here! 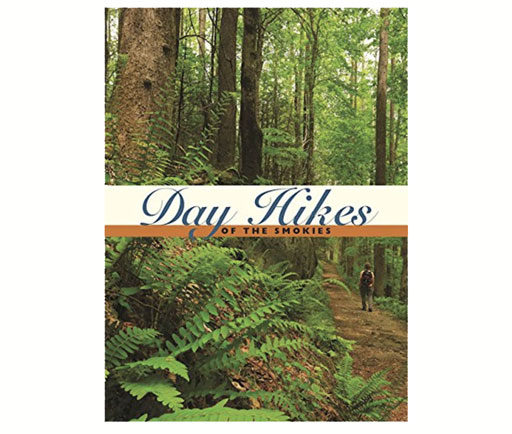