My favorite part of restoration projects is the research. We weren’t entirely sure how old the new One Twenty Main buildings were when we first purchased them. This is a photo of Bryson City in the 1930s…you can see the white One Twenty Main farmhouse in the middle and the courthouse in the background. The brick storefront had obviously not been built yet: 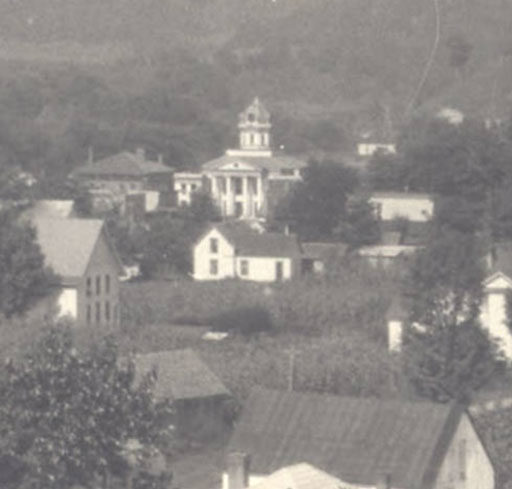 I went to the Swain County Geneological Society and looked through their microfiche records and I was able to track down this Smoky Mountain Times newspaper article from October 1940 that mentions the framework of the storefront being built by C.R. Browning: 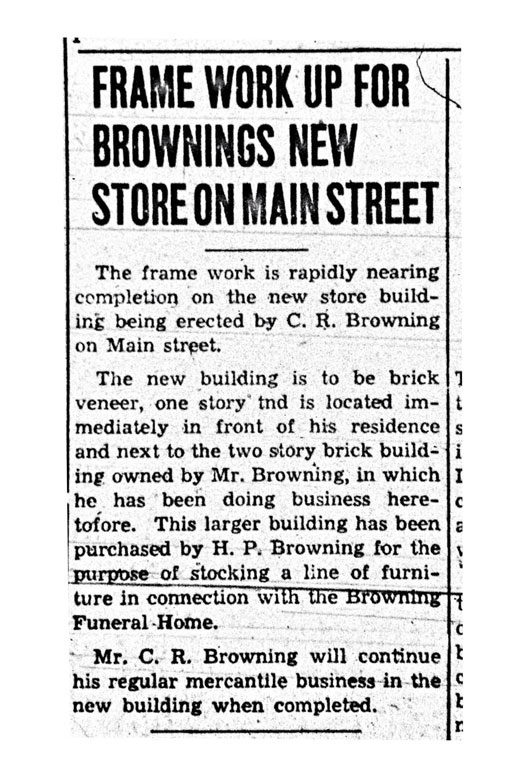 We found C. R. Browning’s name written under some of the old roof flashing too: 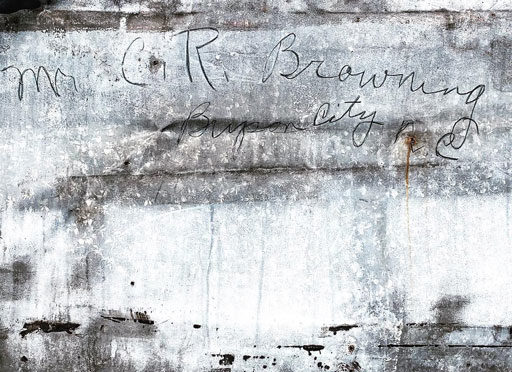 I love this big stamp on the flashing. This metal would have come in on the train from Knoxville: 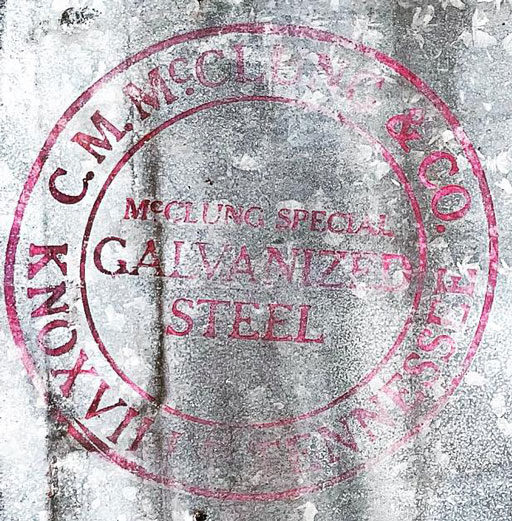 I tracked down all the old deeds to the property and was able to piece together the ownership of the property which tells part of the story. The change of property for the smaller amounts tells me that it was still just a “lot” being transferred. 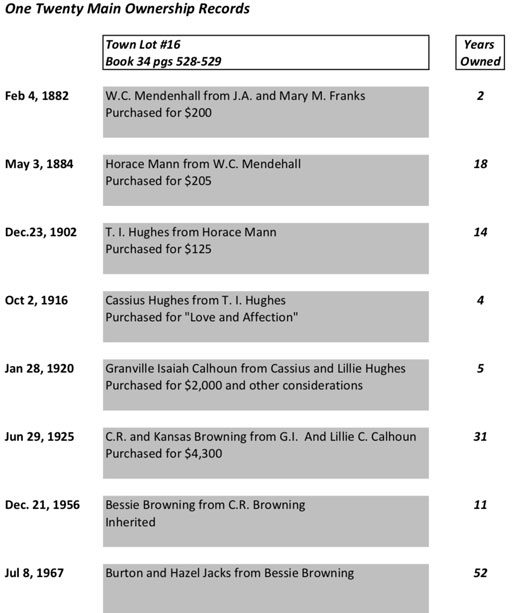 The first large increase in the property value is during the time that T.I. Hughes and his son Cassius Hughes owned the property.  As we started to remove layers from the inside of the house we found the name “T.I. Hughes” written on the oldest part of the structure. This was the Hughes family’s primary residence from 1902 until the 1920’s as shown by the census records so that dates the house to around 1902! 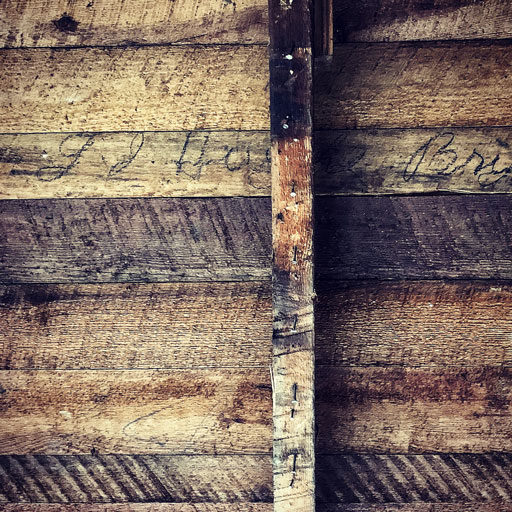 As layers came off we found other names on newer pieces of the structure. This wood is between the back part of the house and the main part and reads G.I. Calhoun which would have been Granville Calhoun: 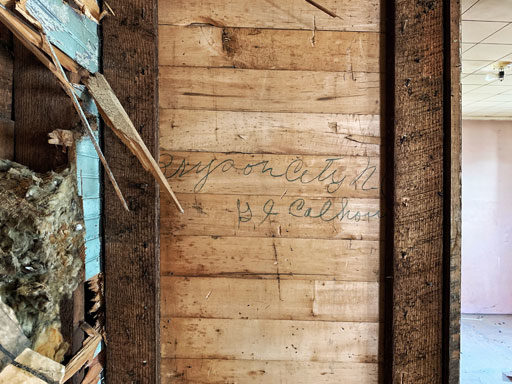 Here’s a close-up of the writing. 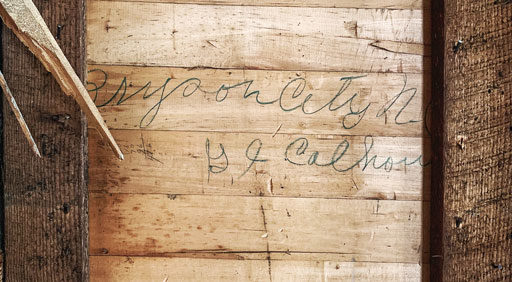 Here’s Granville Calhoun is pretty well known in this area. He lived to be 103 and died in 1978. Here is an article from Asheville Citizen-Times from May 1978 (Click image to read a larger version): 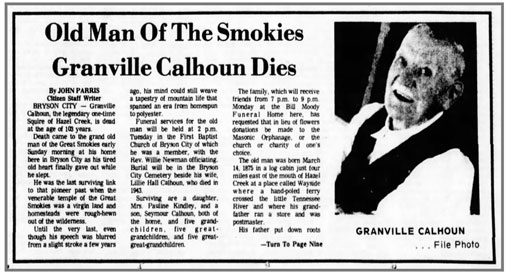 The Browning family owned the house and store for 42 years before selling it to the Jacks Family. Burton and Hazel Jacks ran a jewelry store at that location for almost 40 years. Here is a photo of Hazel Jacks (at their old jewelry store location on Main Street) holding a prize tomato that won an award: 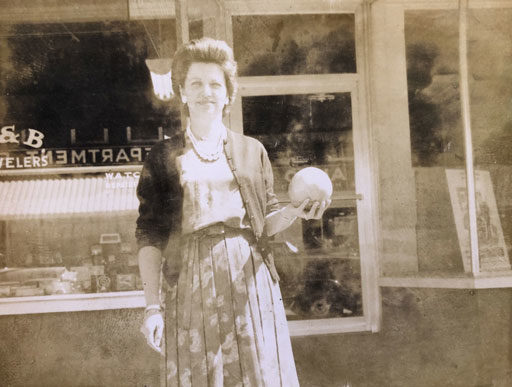 An ad from 1971 showing Burton and Hazel’s daughter Patsy in front of the new store: 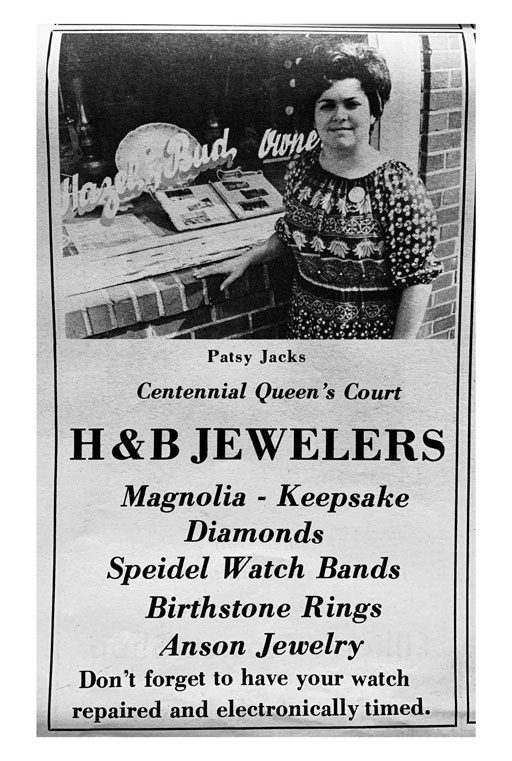 I can’t even tell you how many people have stopped me out front of the new store and told me that they bought their engagement ring or first piece of jewelry from H&B Jewelers. When we cleaned out the building I found thousands of these little envelopes each representing a customer transaction: 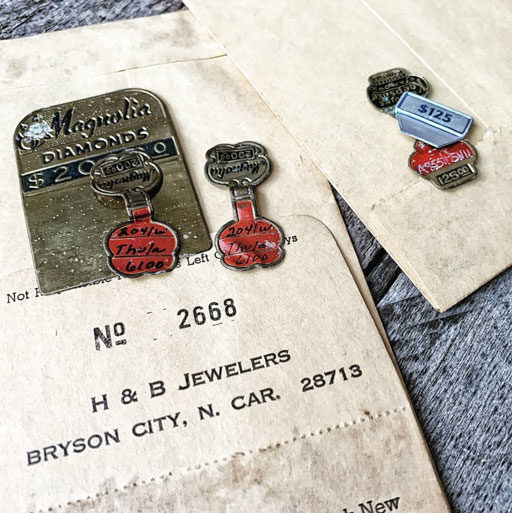 I’m still trying to track down more photos of the house but I did find this one from the front step in 1940 right before the storefront would have been built. The building was built right up to the edge of the steps. 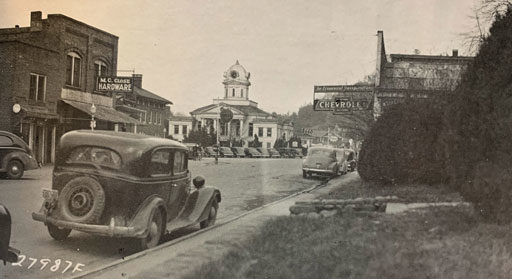