Menu
You are here: Home / One Twenty Main / Building a New Foundation for an Old House – The Main Street Cottage

As I start this post the first thing that comes to mind is how many people will think we are crazy for what we are trying to accomplish. I can’t even tell you how many people ask about the house project only to tell me how much cheaper it would have been to just build from scratch! Um…I know that…but that wouldn’t be nearly as much fun! Right now the guys are working on the foundation at our latest renovation project. These photos are crazy to me…the old house is sitting on rocks…and it has been for 118 years. Look how precarious this looks..but also that it hasn’t budged in 100 years is amazing: 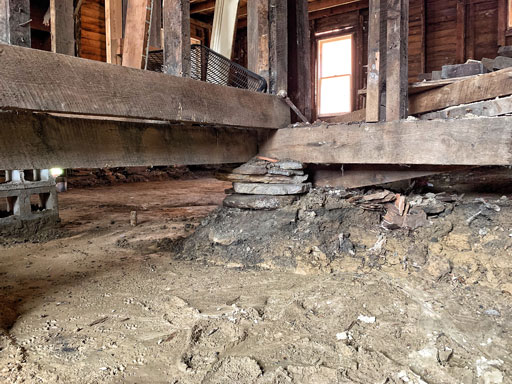 There was only about 10″ of crawl space under most of the house when we started and in order to build a foundation most of the dirt had to be dug out underneath the house to even get a start: 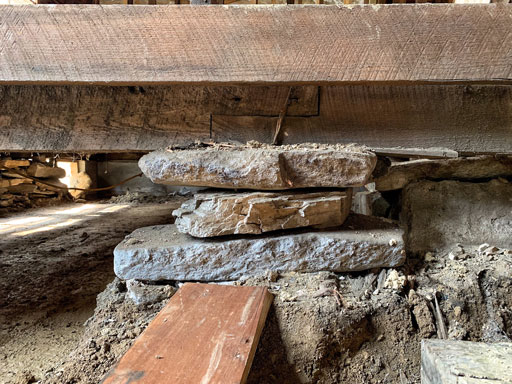 This means that the entire foundation had to be dug out by hand, and I’m talking like at least 3 to 4 feet down in some places…and the dirt carried out in 5-gallon buckets. Here you can see where the house was just sitting on the dirt, no rocks or foundation at all: 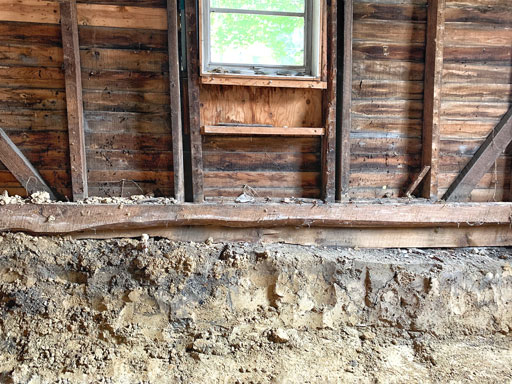 Digging it out was a long process….and the challenge was also keeping the house stable so it didn’t fall down around us in pieces: 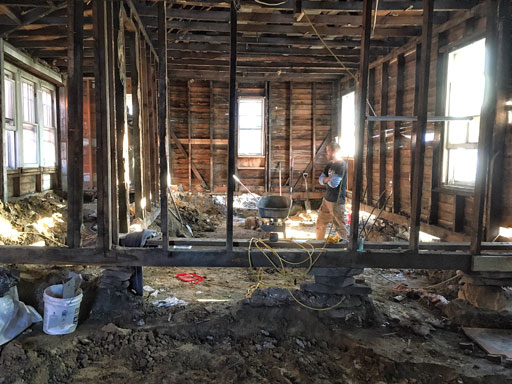 The main walls of the house were eventually set onto jacks and footer holes were dug for concrete to be poured: 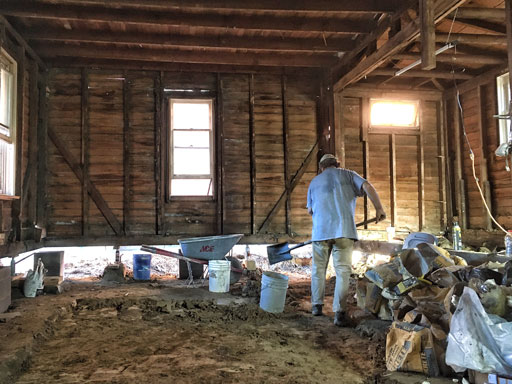 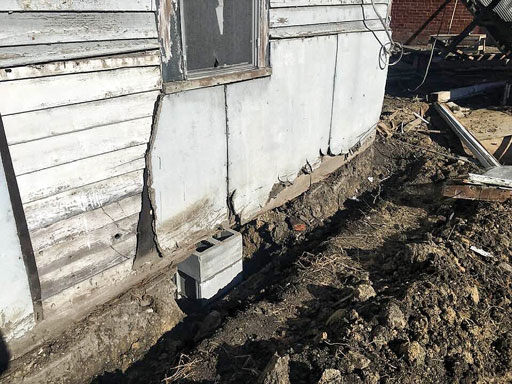 Once the main house was stable it was time to address some small additions that had been built onto the house: 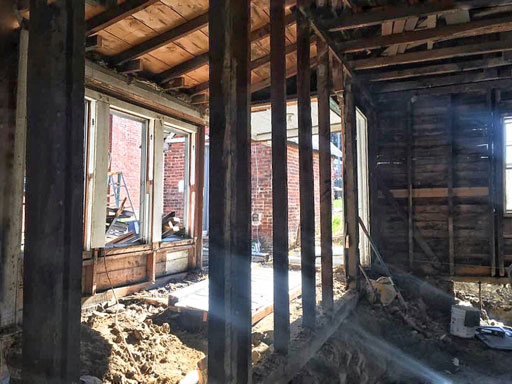 There were so many problems with these additions that the decision was made to just remove them all together and start from scratch on the back of the house: 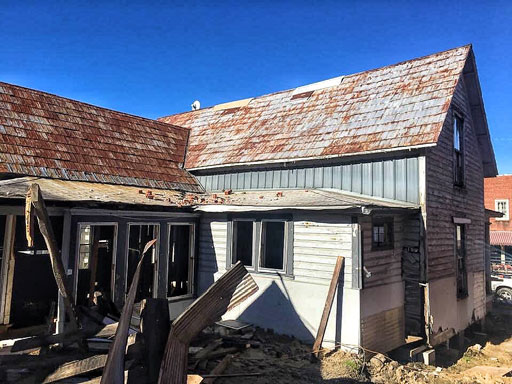 Here is Jaime cutting some of the beams to get ready for demolition: 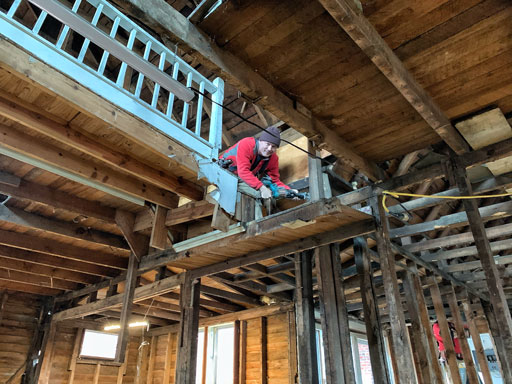 It didn’t take long to pull the additions off….just like that they were gone: 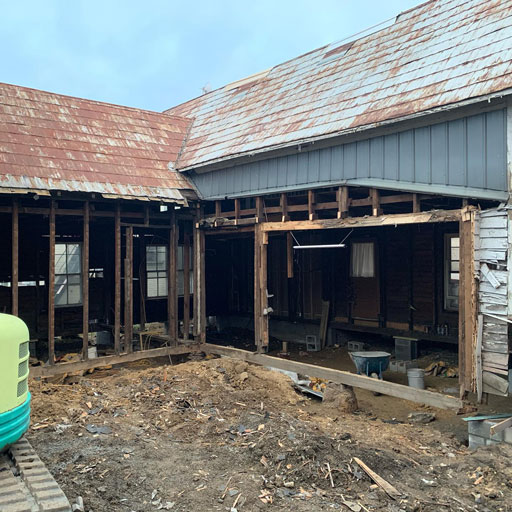 Our friend Shannon of Taylor Excavating dug out the section for the new construction: 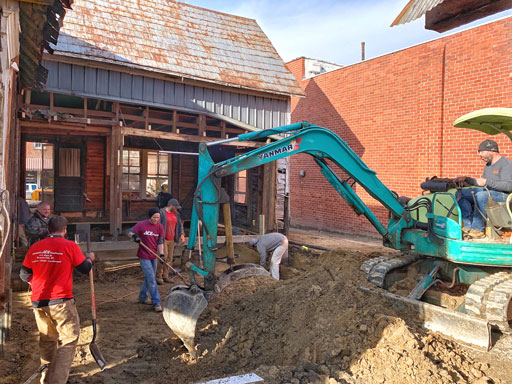 Here’s an action video of the guys digging out the footers by hand and trying not to get scooped away by Shannon:

And then just like that the foundation was in place: 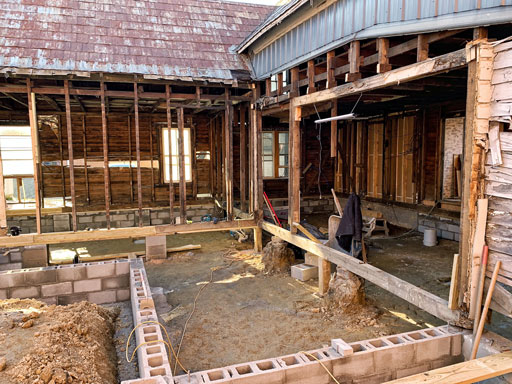 I love this angle looking straight out the open front door: 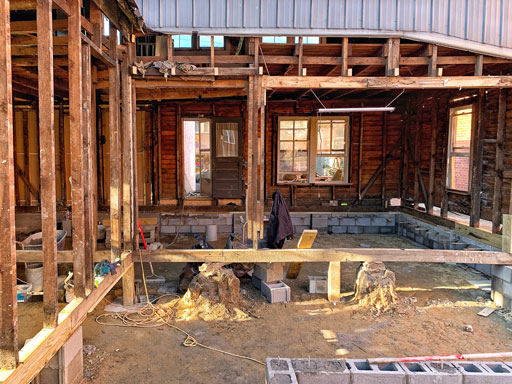 Once all of the blocks were in place there was the problem on how to fill the gap between the footers and the foundation wall: 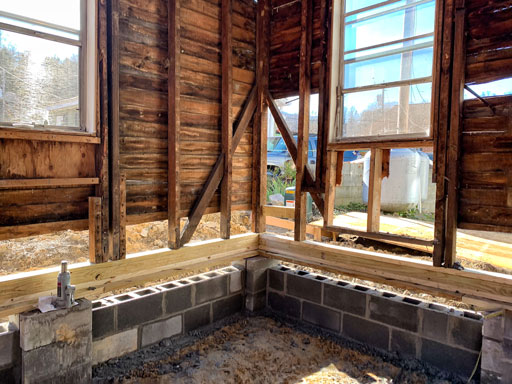 Jaime and his brother Erik have the best Youtube channel and they did a short episode on the house and foundation:

And there you go! We are starting to frame in the house now so progress is being made. Also I’m going to start referring to the house as “the cottage” from now on because it’s so much smaller than “the farmhouse” at Sixty One Park. Sounds cute right?