Menu
You are here: Home / Books / Photo of the Day: Henrietta Lacks

A cancer related book: Henrietta Lacks. Two nights ago I bought this book: The Immortal Life of Henrietta Lacks ….and I haven’t stopped reading since. Good think because one of the drugs I get as a pre-med with my chemotherapy is Decadron…..it helps with nausea but it also has a side effect of insomnia. I’ve been wired for 2 days straight!  I’ve learned more about the science of cancer through just a few pages than I would have ever actually absorbed from another source: 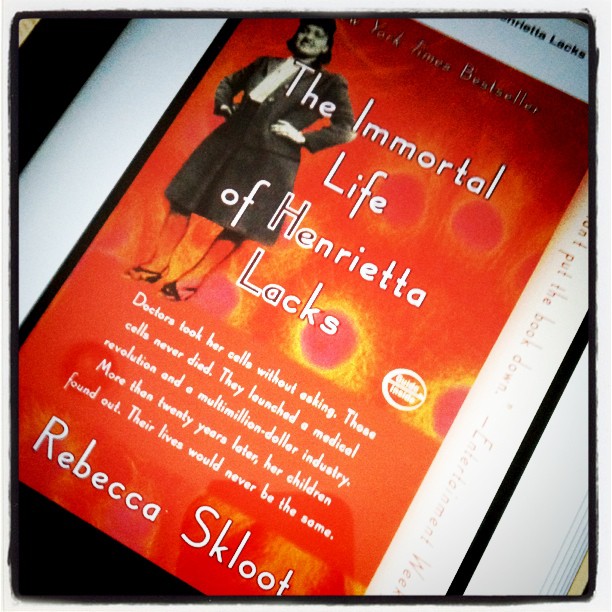 From Amazon: “Her name was Henrietta Lacks, but scientists know her as HeLa. She was a poor black tobacco farmer whose cells—taken without her knowledge in 1951—became one of the most important tools in medicine, vital for developing the polio vaccine, cloning, gene mapping, and more. Henrietta’s cells have been bought and sold by the billions, yet she remains virtually unknown, and her family can’t afford health insurance. This phenomenal New York Times bestseller tells a riveting story of the collision between ethics, race, and medicine; of scientific discovery and faith healing; and of a daughter consumed with questions about the mother she never knew.”