Menu
You are here: Home / Cancer Chronicles / Be prepared….

….for some awesome horticulture shots in this post. And donuts. And Tostitos. And bee pollen. Etc.

I could hang out in the waiting room of Dr. L’s office all day. The average age is about 70 years and I meet kindred spirits. As soon as I sat down this morning a sweet woman says to her friends: look how this one just sprouted up. I laughed and told her:

Me: Yep, I never stopped growing….I’m like a giraffe. If you need anything up high just let me know.
Woman: I can sense when people are friendly…..I knew you would be.
Me: I’m in a extra good mood today now that I got a seat by you.
Woman: Can I see the color of your hair under that cap?
Me (laughing): I don’t have any hair under my cap. (I show her my head….and the entire room looks.)
Woman: Oh it looks so nice. It must have been hard though.
Me: Not really, and I found out I had some secrets under my hair….a birthmark and a scar.
Woman: Oh! That’s so fun…..and mysterious! It’s a secret you’ve been keeping your whole life!
Me: Maybe I’ll get a tattoo on my head before the hair grows back. That would rock.
Woman: Oh no dear…..no tattoos, please.

I got my Neulasta shot. I walked right in and said “shoot me in the stomach”……no hesitation. It really wasn’t a big deal last time……so I figured I’d be really brave. Awww….the Neulasta shot is a cute little shot…..pretty, blue and looks like it would want to say “I want to be a big shot, but I’m just a wee little shot.” 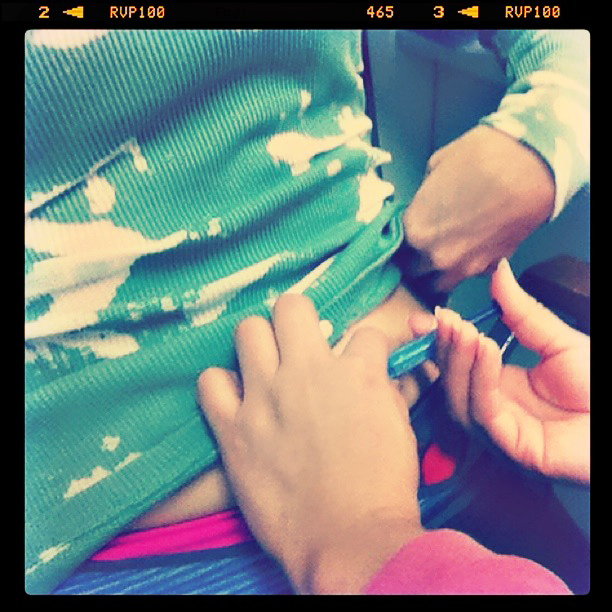 My father-in-law called this morning and said that he had seen my HCG numbers. They went up last week to 78…..and stayed the same this week. Do. Not. Like. My scan next Tuesday will hopefully hold the secret. Maybe there’s not enough vascular activity where the tumor is growing back in my pelvis (don’t I sound like a doctor? that came from my father-in-law)…..not enough blood supply to bring the toxic chemotherapy to the cancer cells. Dear tumor: just STAY away from my bladder and colon okay? I’m really squeamish about catheter type thingys…..I’ll faint even thinking about it any longer.

VERY IMPORTANT: Before my scan next week I need to buy a new bra. I don’t have to take it off for my CT scans…..and in the last scan I wore my favorite bra with the wire all wonky. It was a push-up…..so my boobs looked all wonky in the 3-D image too. As we were talking to the radiologist all I could think was how embarrassed I was……wonky bra, wonky boobs…..cancer? what cancer? He probably thinks I can’t afford a new bra. In the scan you could see the wire loud and clear all twisted and crazy looking. I actually wear my clothes and my boots in the machine…..it must be super powerful….which means I’m getting nucleared even more. It’s never a good sign when the technicians lock huge vault-like doors behind them and pull the shades to go push a button. Just great.

On my way home from the doctor my friend Megan texted me to remind me about the Farmer’s Market on Wednesdays…..so I stopped by. I only had $17 in cash….so I had to budget. 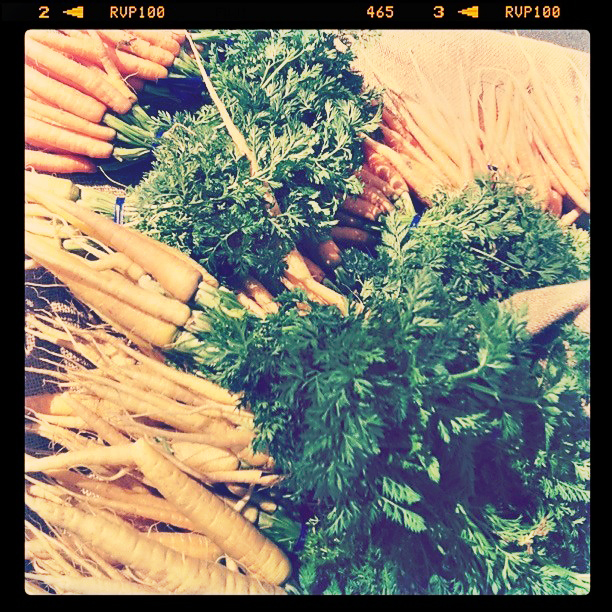 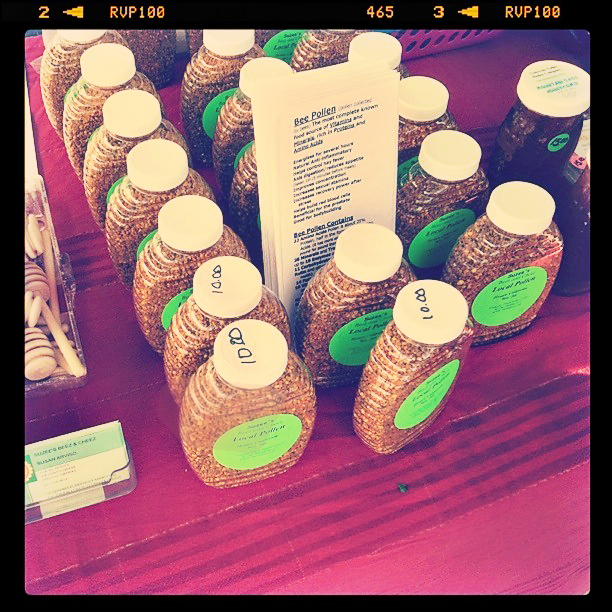 When I got back from the farmer’s market I stole some oranges from my neighbors house. I actually sent her a text first. Her reply was “take them all! all I eat is double stuff Oreos.”  Her dogs thought I was stealing though.

Lisa’s first day back from vacation…..and I make her drink her first glass of freshly squeezed juice. I don’t think she liked it that much. She said it bordered on workplace harassment. Then she complained that she felt like she was going to have to poop at work. Oh please, be GLAD you can poop Lisa! I’m praying for poop!  Reminds me of a Google search recently that brought someone randomly to my blog: girls who poop at work. I hope they found what they were looking for. Lisa, was that YOUR Google search? 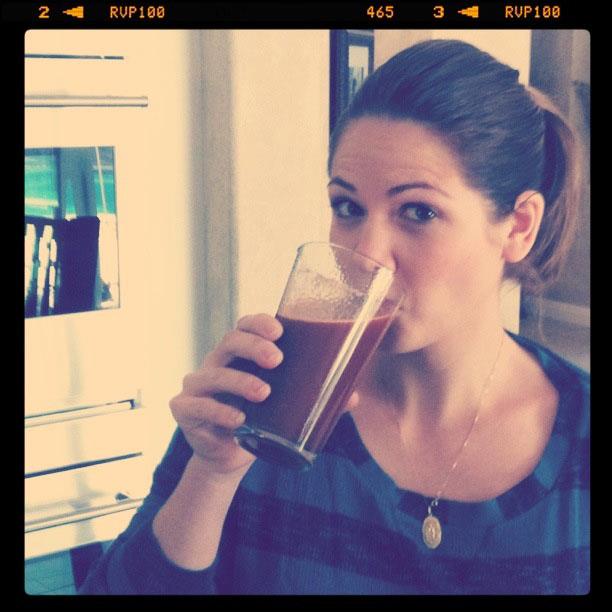 Don’t worry….I haven’t gone on nutritional overload…..I had a donut for breakfast. My friends Todd and Jodi brought some by.  Jodi was still in her pjs.

I only slept for a few hours last night. The Decadron made me nocturnal. I made steamed broccoli at midnight and got some work done. I’m hoping maybe I’ll be able to nap. First, I’ll eat some Tostitos dipped in sour cream in bed…..and most likely completely reverse the juicing effects. Sorry Brett if I leave any crumbs.