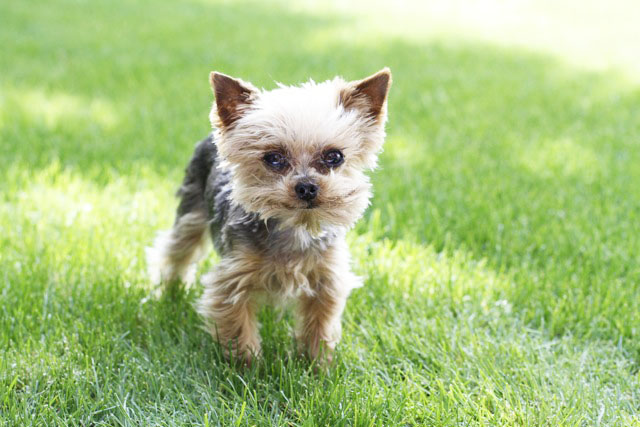 I’m not the only one with never-ending doctor appointments…..little Diesel has a liver disease and he’s pretty high maintenance. He’s on a special diet and homeopathic remedies. Every once in a while he’ll go through a bad spell where he gets an upset stomach. He gets really nervous and requires a lot of attention…..like last night.

In the middle of the night I hear Mr. LBB get out of bed…

Me: Everything okay?
Mr. LBB: Diesel just pooped under the sheets.
Me: Just put a towel over it….I’ll wash the sheets in the morning.

Me: Diesel just leaked under the sheets on my side.
Mr. LBB: Put a towel over it.
Me: Ugh.

This goes back and forth for a few hours….Diesel switching sides of the bed. Leaking. We run through all our towels.

Me: Omg….he leaked on the towel again.
Mr. LBB: Let’s give him more antibiotic and make him drink some water…maybe he’ll feel better.

I force feed Diesel  some water and antibiotic. He goes to sleep on my pillow.

Mr. LBB: I think Diesel leaked on your pillow.
Me: And…..I’m too tired to care. Goodnight.

Yep. I slept with dog poo on my pillow.  It’s the most eventful thing that happened in the last 24 hours.

I have no hair…..it could have been worse.