Menu
You are here: Home / Christianity / A Bigger Target

Once it finally dawns on us that we will not be remembered for what we have accomplished or what we have achieved or how much money we have made, we acquire the ability to change in a fundamental way. –The True Measure of a Man

When my dad died, the one thing that shocked me was that no one really mentioned his business success or how hard he had worked. What people did remember was how friendly he was and the difference he had made in their lives. That made it much easier for me to see the true meaning of his life and the impact he had on others. It also made me wonder what I’ll be remembered for one day.

For so long I used to derive my significance from what the world told me was success: grades, college education, high paying job, retirement account, etc.

I’ve changed what my focus is in life. I changed it from financial success and material things to a bigger picture. 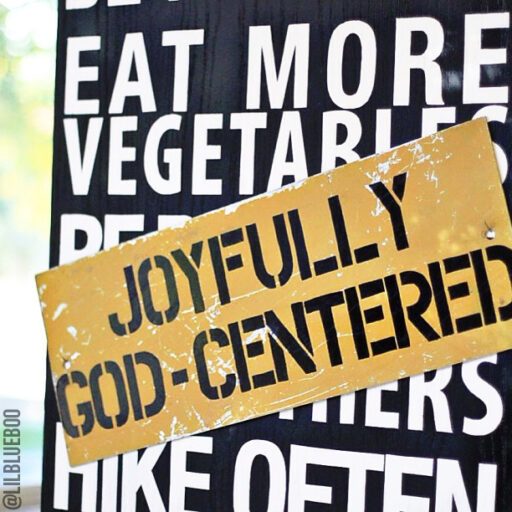 I added “joyfully” to God-centered because honestly I’ve met some scary God-centered people in my past…sadly including a child holding a Bible on a street corner telling me I was going straight to hell. Yikes. Back when I was asked to write a testimony over Christmas, the first thing I did was look up: How to give a testimony. One of the articles said to stay away from using words like damnation and abomination and sin and repent. I was like: what?! now I have to re-write the whole thing! Just kidding.

I like to think that being joyfully God-centered is a clear focus for myself and my family while not being judgmental of people of other faith or lifestyles.  It means we are all about love and acceptance.  It’s our one assignment. We do things that matter to God and we do them joyfully.

Whatever faith you are (or not), try changing your target. What is your big picture? Change the target of your family. Change the target of your children. With a clear and focused target, your perception will begin to change. Focus changes everything. Things fall into place because the new focus begins to eliminate all the confusing signals we get from the world around us. Our goal in life should be to be much, not to have much. 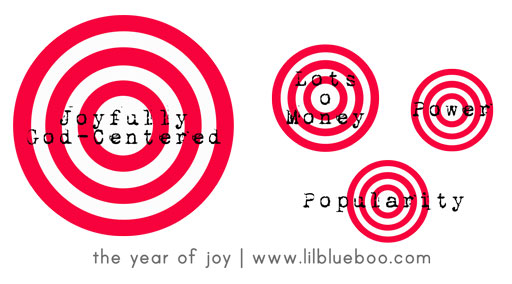 By creating a bigger target, without all the things society tells us we need as our target, we free ourselves to be: ourselves. We can live authentically. The world can be big and scary sometimes and I can’t control what happens to me or what people think of me, but I can control what my target is. And I can control how I feel about myself and know that I am deserving of joy. This has given me the freedom to make big decisions that don’t fit into what the world thinks is the right path. On things I used to get upset about I find myself saying: What difference will this make tomorrow? What difference will this make in a year? It doesn’t matter so much anymore what people think of me. People thought Mr. LBB and I were crazy to leave our old jobs. It probably took me longer to leave than it should have because I feared what people would think of me. I feared shame. I was consumed with worry. That means I was living to impress others, because otherwise why would have stuck around so long at a job I was miserable in.

Sacrificing who we are for the sake of what other people think just isn’t worth it. Yes, there can be authenticity growing pains for the people around us, but in the end, being true to ourselves is the best gift we can give the people we love. When I let of of trying to be everything to everyone, I had so much more time, attention, love and connection for the important people in my life. –Brene Brown, The Gifts of Imperfection

I was talking to a man at church recently and I asked where he lived. He looked embarrassed and said that he lived across town in a tiny one bedroom apartment. He seemed apologetic as he talked about how he didn’t own much and his car was old.

Me: Is your car paid for?
Him: Yes. But I guess I should get a new car soon. And I wish I owned a house.
Me: I think it would be amazing to have a small space that freed me up to do more things. It would be less cleaning, less financial pressure, and just, well, simple.

He looked shocked for a moment. He told me he’d never thought about it that way before. When he talked about his job he said it wasn’t an important job and that most of the people he worked around seemed miserable.

Me: But maybe that’s why you are there? You are so friendly and kind, and humble. I would think your purpose there would be the most important… You have the ability to profoundly change someone’s day.
Him: But even the boss doesn’t seem happy, and he makes so much money.
Me: Well imagine the pressure on him from the powers-that-be in that company. I wouldn’t want that, for even double what he makes. I’ve been there. He probably loses a lot of sleep over it all. I’d rather have your job honestly. And you could mentor up to him, it might be hard and he might ignore you, but at least he would know that you care that he’s stressed out.

I could see a light bulb go off in his head, and he looked very thoughtful. He just kept nodding as I told him how great his simple life sounded. Why are we so easily compromised? We say things like: if I just get that new car everything will be better or if I can just be accepted by that group of people I’ll be on my way up. And then what?

Watching a documentary recently on the Dalai Lama I thought it was interesting that he said for all of his travels, the happiest people he met were the poorest people. When asked why he said: well if you have a lot, you have a lot to lose. Material things can cloud the lens through which we are looking at life. 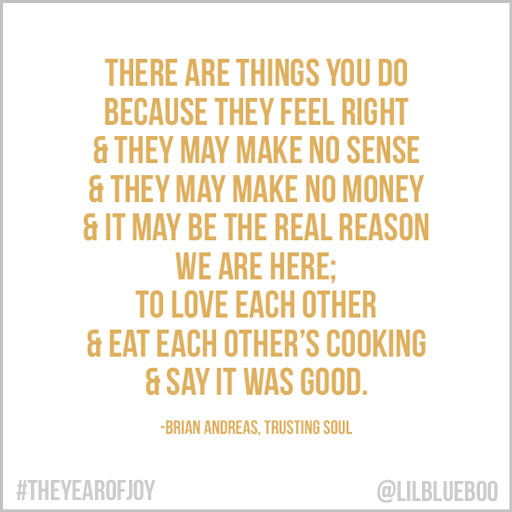 When we attach our worth to material things and what people think of us, we create a false reliance on things we can’t control. With a shaky foundation, we make decisions out of fear, or we put off making decisions out of fear. Watching National Lampoon’s Christmas Vacation this year gave me anxiety because it rings so true: Clark Griswold could not enjoy Christmas because all he could think about was his Christmas bonus. Clark had put a deposit on a pool before he could afford it, and he became a crazed-lunatic because he wanted to preserve the appearance of success. Maybe we don’t go cutting down trees in our front yard channeling a slasher film, but we do destructive things in our own ways from the pressure of maintaining appearances. Sometimes it’s just not wanting to admit we were wrong. Yep, been there (just thankfully I didn’t have a chainsaw nearby).

I must be willing to give up what I am in order to become what I will be.
–Albert Einstein.

I remember a patient I met in chemotherapy saying:

Every day above ground is a good day

Well…that’s easy. Today is a good day. And there’s that saying: If you want to make God laugh, tell him your plans. So true. It’s great to dream and have plans but if we are open to our path changing we are open to what God wants in our lives. Sometimes it looks like we are running in a crazy zigzag pattern. Sometimes it looks like we are going in circles. My pattern is starting to look like I’m stuck in reverse more often than not. Hey, sometimes we have to go backwards to go forwards. With a clear focus on a joyful, God-centered life, it’s easier for me to love and be generous. It’s changed my whole perspective on money, and I still have work to do on the money thing, but it gets easier and easier. And we’ve found that the more generous we are as a family, the less we worry about finances. My focus has increased my curiosity and hunger for wisdom and knowledge. I find inspiration everywhere. I find God everywhere. I used to beat myself for not having the opportunity to travel the world, but I’ve found more things to explore close to home than I ever knew existed. Like my new discovery that there are more hiking trails in the desert than anywhere else in the lower 48 states, over 1,250+ miles of trails in a 50-mile radius. I’ve hit the hiking jackpot, only I just now realized it after 7.5 years of living here.

There will be more questions than answers, but the living out of those questions, honestly and joyfully, may be the most genuine and realistic response to our life of faith. We all long for certainty and security, the fulfillment of our many questions, wandering through our fears and hopes, and somehow shuffling our way with tenacity and courage towards Bethlehem. The point now is to live the questions out as fully as possible with gladness and hunger. The most important things it to keep remembering that life is not so much meant to be understood as it is to be lived outl it is not a problem to be solved , but a mystery to be participated in fully. Let yourself be surprised.
–Tim Hansel, Choosing Joy

With a clear target, I can make good decisions.  It steers me in the right direction. Like last night, when I was starting to write this post…my husband asked if I wanted to go on a night hike. My first answer was:

Then I thought, what’s more important: finishing this post tonight or spending some time with my husband. So I changed my answer:

You know what, I will go. I can finish this tomorrow.

Things I love:
1. Are you Satisfied? A friend passed this along to me before Christmas and I thought the entire series was phenomenal. Watch the videos or download the audio files. 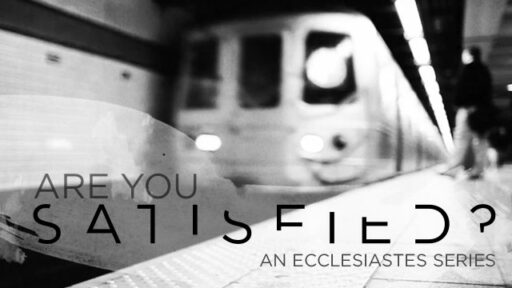 2. You Gotta Keep Dancin’ by Tim Hansel. This is an incredible book that I happened upon in a thrift store. It was originally called Choosing Joy in 1985.  It has so much wisdom and inspiration in it. 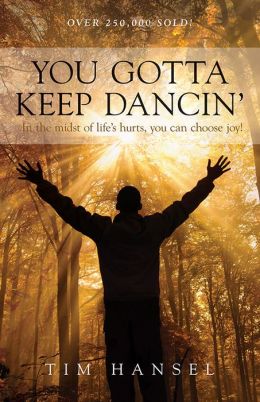 3. The True Measure of a Man by Richard E. Simmons III. As I said in my Christmas Testimony, it’s no accident that I happened to pick up this book, the last book my dad was reading before he died. It’s a book every man and woman should read on how perceptions of success, achievement and recognition fail us in difficult times. 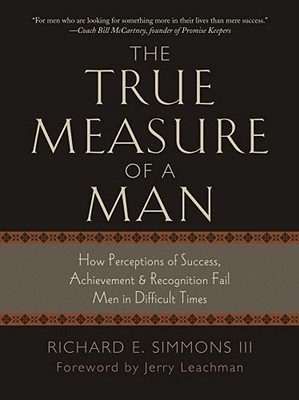 4. The Gifts of Imperfection by Brene Brown. I saw Brene speak at the Global Leadership Summit. 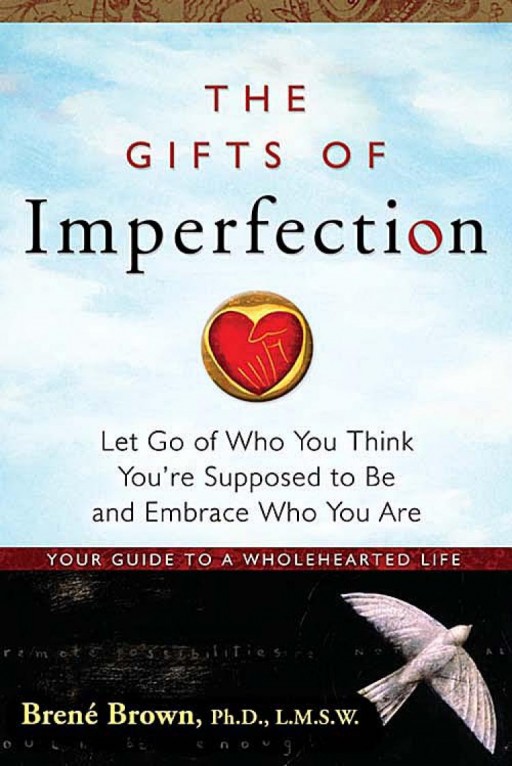