Menu
You are here: Home / House on Hospital Hill / The Old Depot Project

I can come up with a new project in an instant.  And…some are bigger than others. Anyway, it’s Brett’s fault…he’s the one that looked up from his computer a few nights ago and said “there’s an old train depot for sale near Waynesville for $500, but it has to be moved by next week.” A few minutes later I was emailing the owner that I was interested.

Brett: How are you going to move it?
Me: I don’t know yet, but I’ll figure it out.

Nothing to be scared of….it’s just a bunch of wood and nails. I mean, if I really needed to I could go out there myself with a sawzall and load it up into our trailer, right? I’ve been thinking about building a shed-type building to make into an office/studio/playhouse but the materials are so expensive. Since we live right above the Bryson City train depot I thought it would be really cool to restore a railroad building…very fitting. 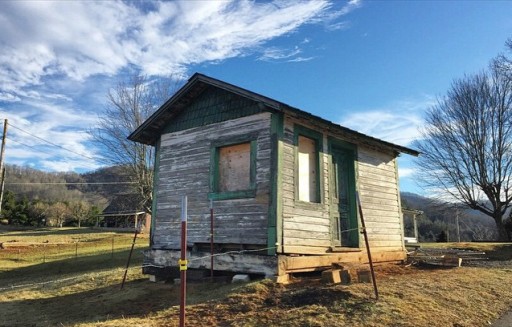 The backside of the building. I love the scalloped detail under the eaves: 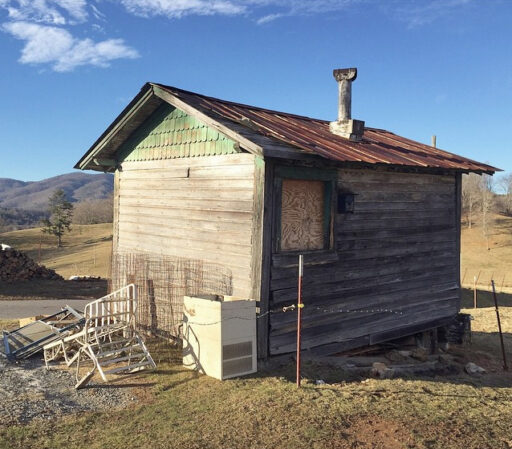 This is the setting that the building is in now…it was moved here over 50 years ago by the owner’s grandfather to use as a hunting cabin: 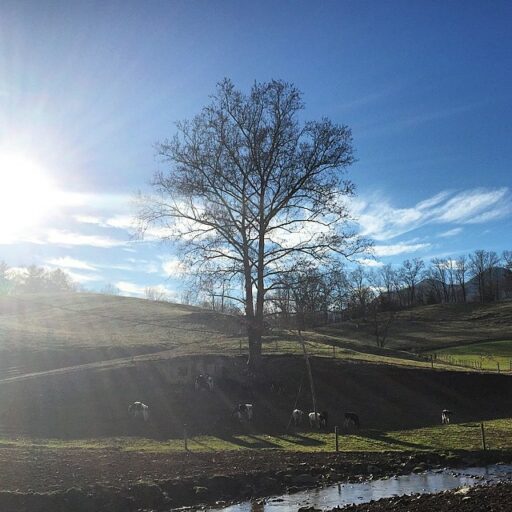 The building was being sold with all of its contents…like this huge cast-iron wood stove.  I did some research and it was made by the Ohio Stove Company in the 1940’s. Cleaned up a bit it will make a great heat source: 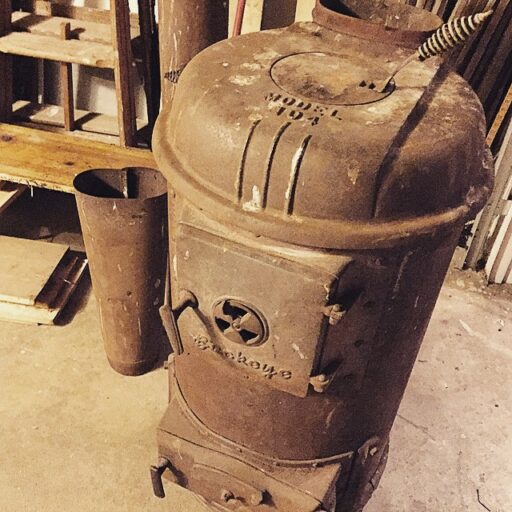 Also inside: a few dressers, a desk, a vanity, a wood bed and a metal bed….a few rats nests, a dead bird, a store of acorns and who knows what else: 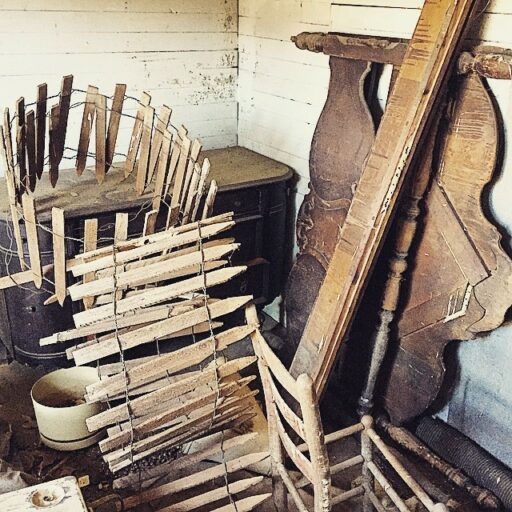 We moved everything out yesterday to get the depot ready for moving. Brett worked on cleaning up that table today for our hallway: 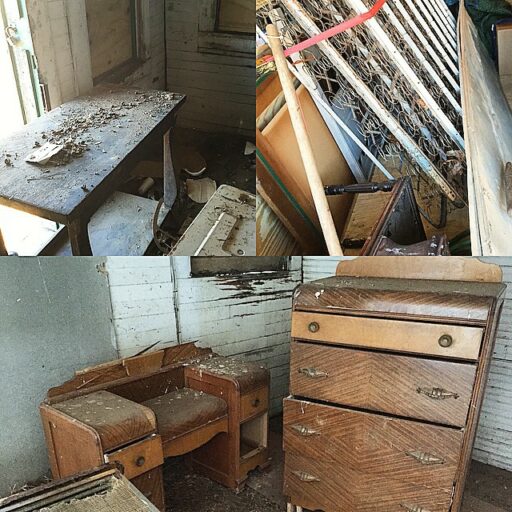 That table in the photo above was covered in years of dust. Brett cleaned it off today and put it in the hallway….I told him I wanted one! I just didn’t think we’d have to buy a train depot to get it. 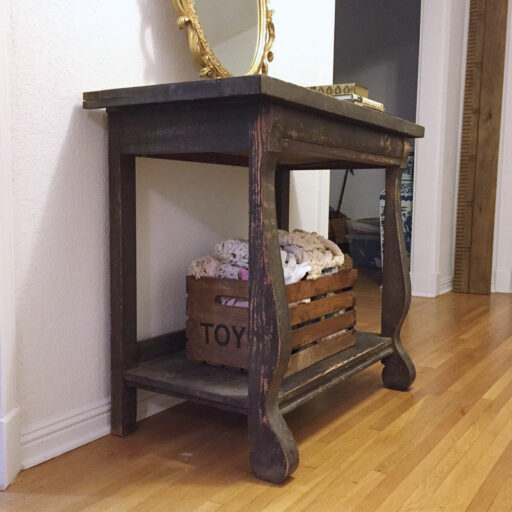 In one of the dressers and in the desk I found a few photos. This one was in the form of a negative, I scanned it in and this is what it looks like inverted: 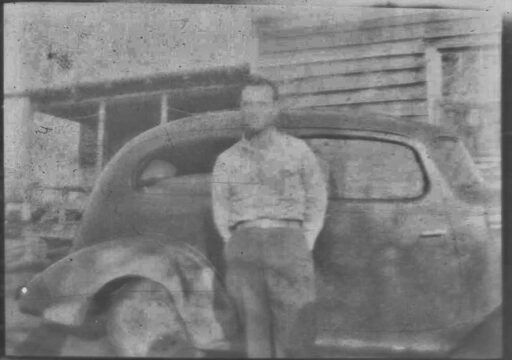 I love everything about it. It’s been sitting there waiting for me all these years… 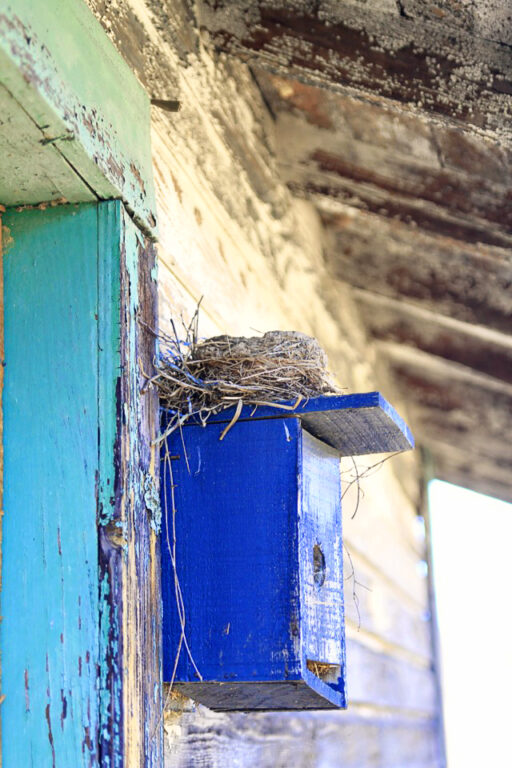 More research turned up that the building wasn’t the “ticket” depot but actually the old sandhouse, used in the time of the steam engine. Every major depot in the days of the steam engine would have a sandhouse to keep traction on the rails. A large stove inside would keep the sand dry (hence the large stove).  Because the sandhouse had the large stove, it was a warm dry place that typically became the railroad worker hangout…perhaps why it was moved in the first place…lots of memories spun there.

The good news is: I found someone to move it for me.  A guy that’s moved almost every sized house you can imagine. The depot building has to be moved 45 miles which means a lot of planning and logistics.  Permits have to be pulled with the DOT and bridge overpass heights checked.  I’ve got butterflies. I’ll bet the old depot does too…being adopted and all. Ruby and “Depot” will get along just fine.  And the old wood stove?  Maybe I’ll name him Buck. Another character in this story of mine.