Menu
You are here: Home / One Twenty Main / Fixing Brickwork and Applying a German Smear Finish

I loved the old brick on the One Twenty Main building but when we started cleaning the mortar it became apparent that it was in really bad shape and needed to be entirely repointed. 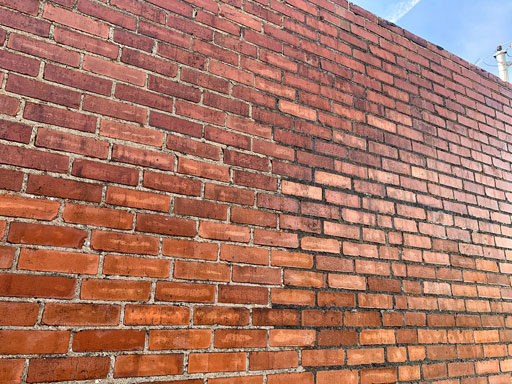 We decided to do a German Smear finish to fix all the problems at once. German Smear is a just a light coat of mortar applied to the exterior of stone or brick to create a distressed old world look: 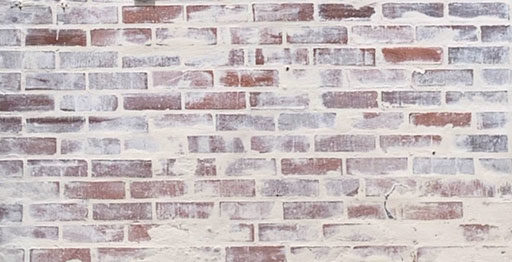 Before the finish was started though we had to fix missing and loose brick pieces on the top walls of the building, especially at the corners: 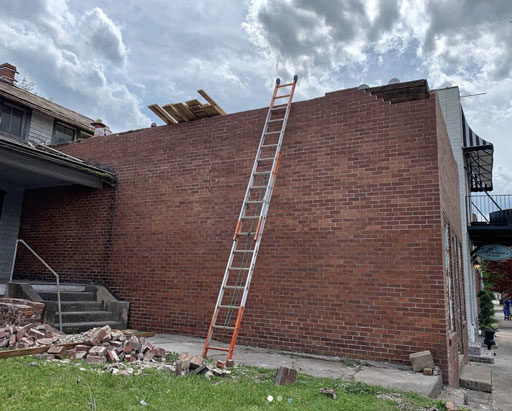 We weren’t sure we were going to be able to match the brick but coincidentally the same day we were thinking about brick replacement my friend Gianna was tearing down her old bakery to make way for a new one. And guess what?! She just happened to have exactly the brick we needed and let us take as much as we wanted. 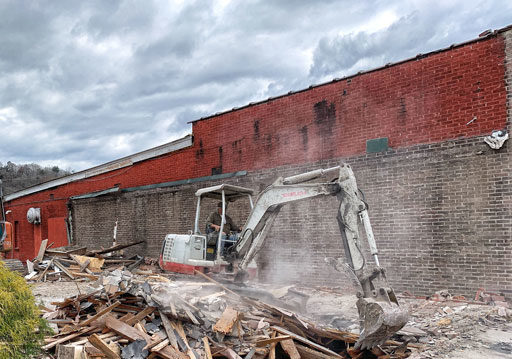 The brickwork was fixed and we could move on to fixing the exterior. (I love this photo of Main Street with the old courthouse in the background and the horse trailer going by.) 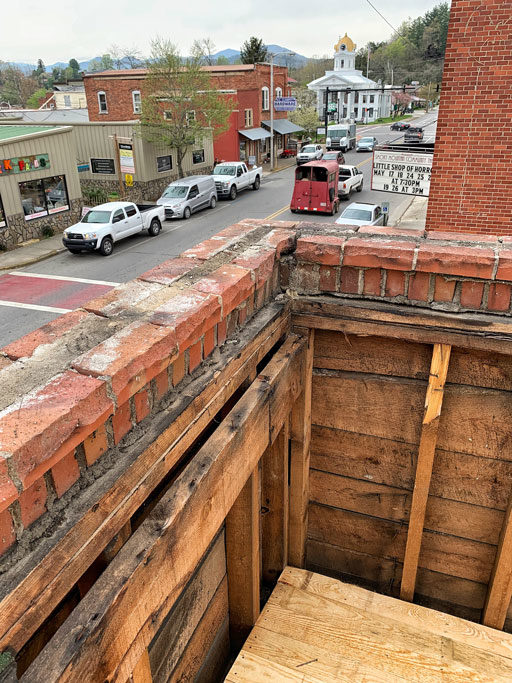 Here are the main tools used for the finish:

We used Quikrete Stucco Finish Coat (White Base). It took about 12 bags to cover the entire building. 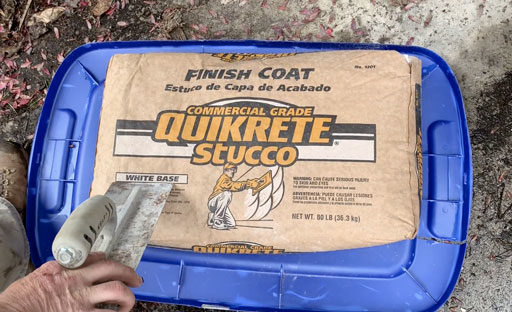 I love Jaime’s technique for halving the bag quickly. First he scores the bag: 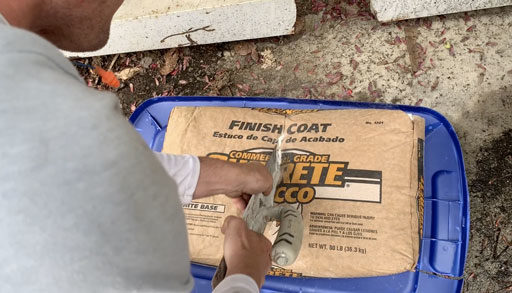 And then folds it in half: 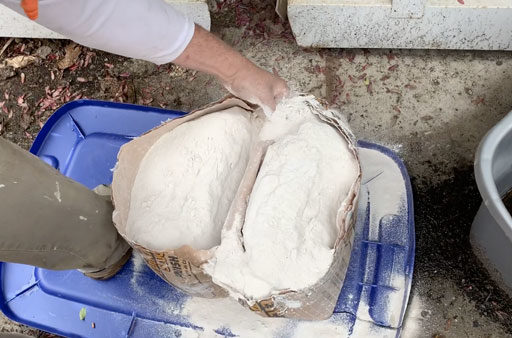 Half the bag goes into the wheelbarrow and water is added: 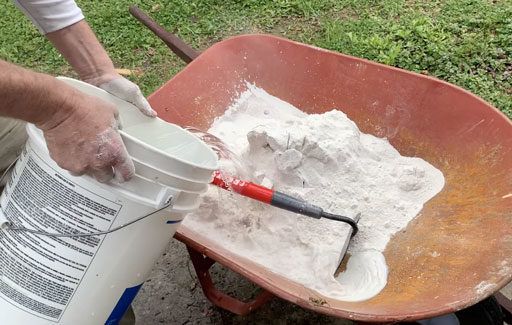 The mortar is mixed until it’s a thick cake batter consistency: 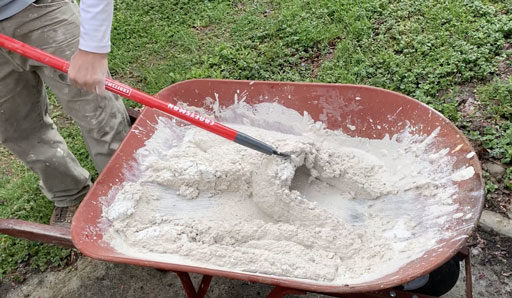 Jaime did a test wall in the back of the building to see what technique looked the best. First the stucco is applied in a thin layer across the brick using a large finishing trowel: 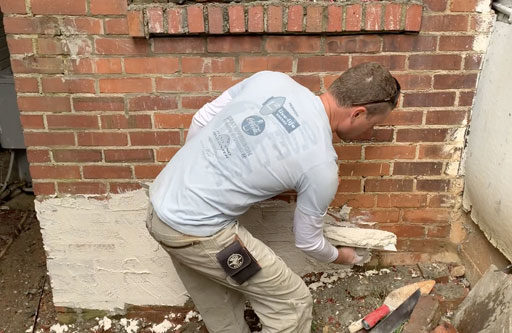 Then he removed some of the finish before it dried with a sponge and a brush: 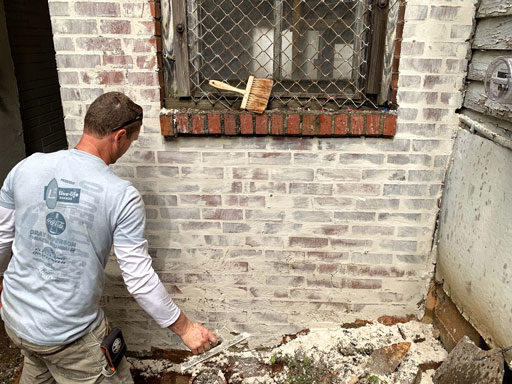 The test wall turned out great! 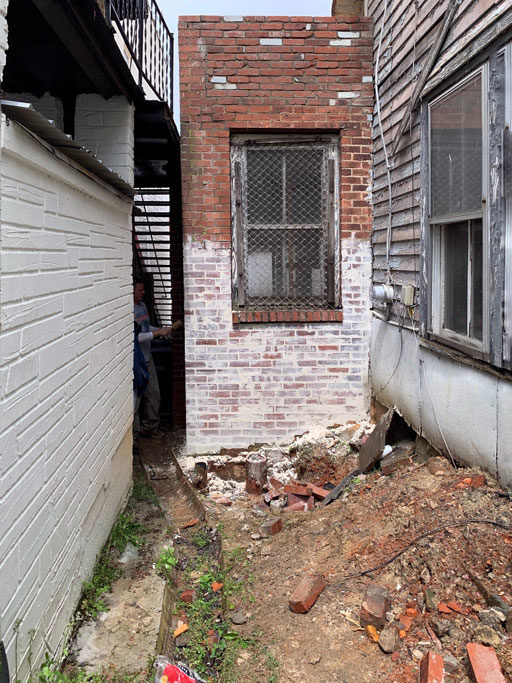 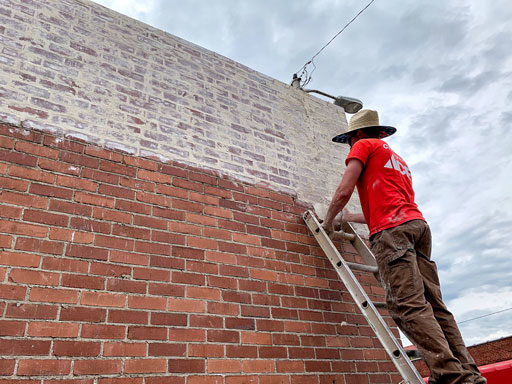 I caught a pic of some of the guys working on dismantling the old chimneys: 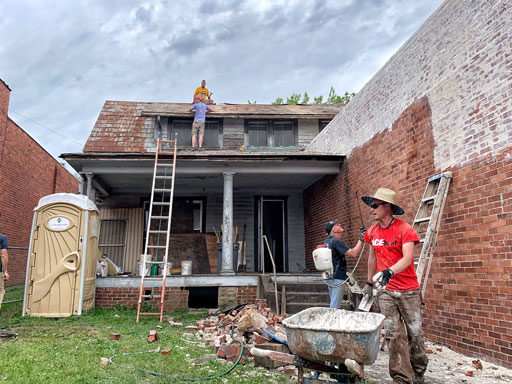 The brick from the chimneys could not be saved…it was crumbling just from touch. It’s 48 years older than the building brick: 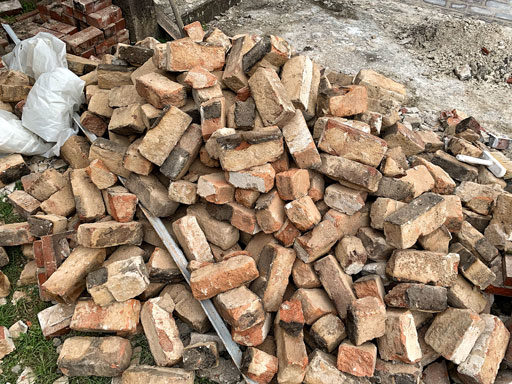 This side of the building went pretty fast. That’s Russ with the sprayer and he used the large sprayer to wet the brick before the stucco was applied: 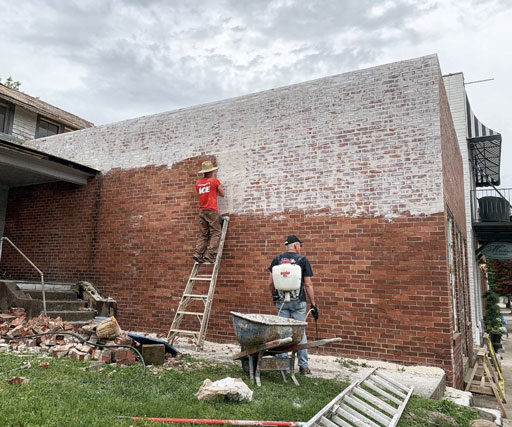 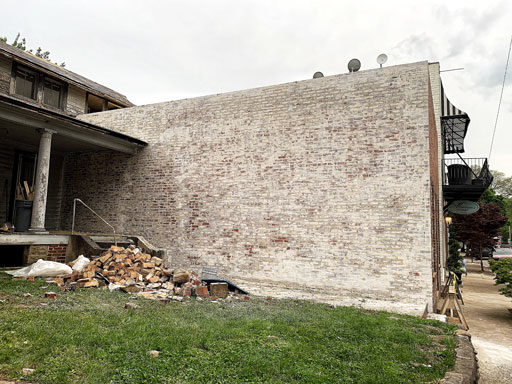 A few days later the other side and the front were finished. The technique was perfected as Jaime worked and it got faster and faster. He ended up mostly using his gloves to distress the brick and then brushing some of it off: 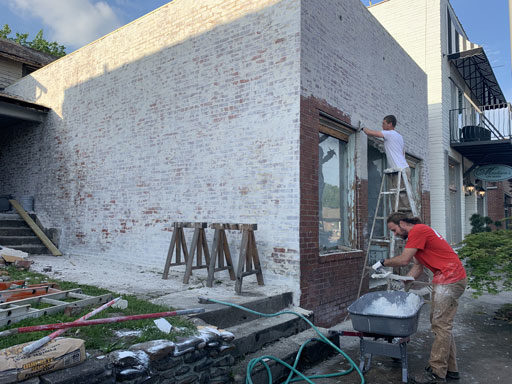 Here’s a time lapse of the front of the building:

The funny thing about applying stucco or mortar is that no two people will do it exactly the same. Jaime and Brett both tried to do it but their technique was too different so to keep it consistent Jaime had to complete the entire building. Brett helped speed up the process by keeping the mortar ready. 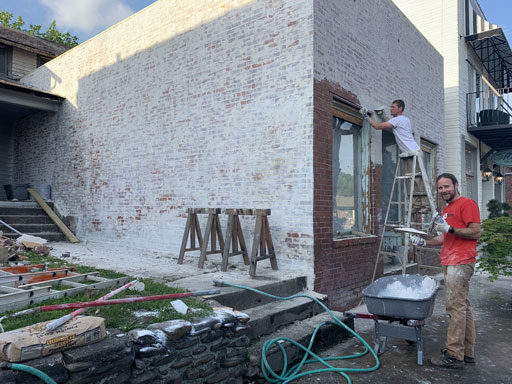 I just realized I don’t have a photo of the entire building finished but you can at least see the desired effect. It’s since rained and washed off some of the loose mortar and the building looks perfect now. The roof can be finished now and new windows can be installed. Moving right along!