I’ve finished my February floral paintings and I’ve moved on to some other projects but I have a really big project to tell you about! I’m painting this fish for my town. There’s a long story behind this fish. 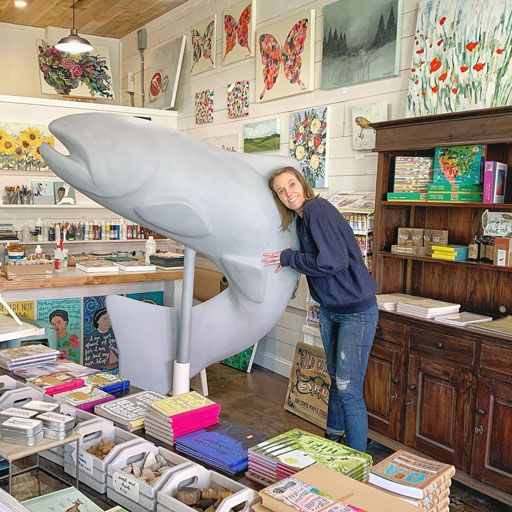 We currently have three large painted trout statues in Bryson City and the tourism board decided to add a few more. My friend Dennis called me one day last October and asked me to put my name into the hat to paint one. Of course my first reaction was no. Public art can be scary and I live a lot of my life now just trying to happily float through the middle of things. I told him, “Dennis, there are a lot of artists that have been around here much longer than I have.”

Dennis kept shutting all my negative, self deprecating talk down and finally said something I’ll never forget, “Listen, I am your number one fan…heck, I could be the president of your fan club. I want you to paint one of those fish.” So, I told him I’d think about it and a few days later I called him back and told him that I would “reluctantly” apply… only because he wanted me to do it. Two days later Dennis was diagnosed with an aggressive cancer, the same cancer I was diagnosed with in 2012.

I spent a lot of time with Dennis the last few months. I would read him old newspapers I had found and fill him in on town gossip. He would tell me stories and I would record them. Dennis died on January 5th. The below photo is one I took of him last October with his dog Rufus. 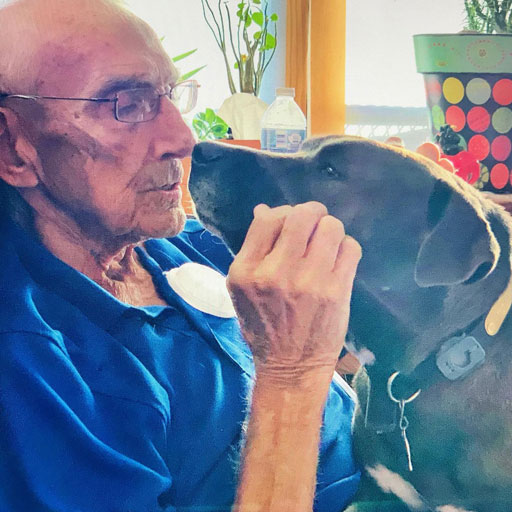 At the end of February I found out I was selected for one of the fish. This trout statue is for Dennis. He loved this little mountain town more than anyone I know. He was even named Citizen of the Year in 2019 by the town of Bryson City.  I miss him a lot. 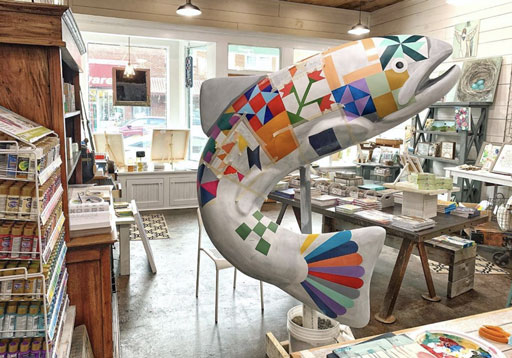 I last saw Dennis three days before he died. I stayed with him for a while so his wife Debi could run some errands. I was late though because I accidentally sat on my paint palette right before I was supposed to leave. We had a good laugh about that, and I then I ate all his peanut M&Ms. That was his last good day and I’m glad that’s how I remember him. I’m both excited and scared about this fish. It will be displayed somewhere in town. I’m grateful for the chance and that so many people have faith in me to do a good job. Dennis was the first though. I’m making progress on it…it takes up half my store right now. I’ll be posting updates on Instagram soon.