Well, the movies got one scene right…..you know where the girl is brushing her hair and then realizes a huge piece has come out? Yep….that’s how it happens. At exactly the 2 week point since starting the new chemotherapy, EMA-CO, my hair is starting to fall out. It’s more like my brush gets caught on a large tangle and instead of stopping the entire tangle keeps moving and with barely any resistance at all comes out. 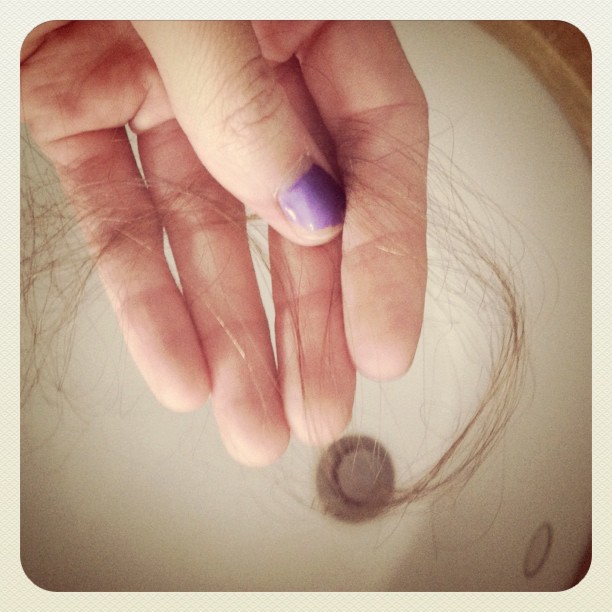 My entire sink was filled with hair last night as Brett watched me brush it from the bed. He kept asking “are you okay? are you sure? how much is in the sink now?” It’s just hair. I think it may have been more traumatic for him. I told my mom this morning and she said “I know, Brett told me.” And then she asked if she could have a lock as a bookmark……I told her I’d braid her up a nice tacky one. I decided to pluck my eyebrows this morning and they seemed to come out a little easier than normal. Maybe I won’t have to shave my legs soon or get a bikini wax. 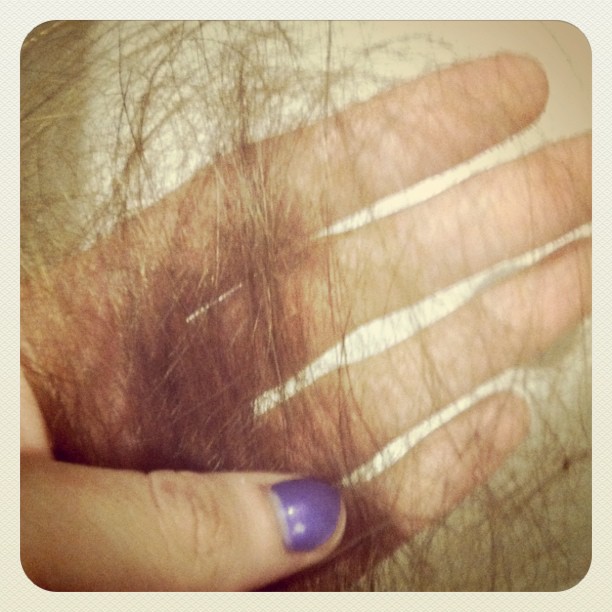 I can’t stand the idea of my hair being all over the house. I put my hair in a pony tail today. I think it’s almost time to cut it all off. I’m just holding out until I’m sure it’s all going to fall out…..because I know if I shave my head before that point it won’t fall out. Almost every chemotherapy drug they gave me said HAIR LOSS as a side effect. BUT, they all said DIARRHEA too and I’ve never been so constipated in my life…..so they were wrong on that one.  I’m thinking of buying stock in an enema company.

I’m not scared of going bald. I think I’ve already let go of fear and anxiety……now I can let go of vanity.  Monks shave their head as the ultimate rejection of all things material, to let go of ego and start anew. In the military it’s a rite of passage.  I can look at it as a new start. I’m reducing “drag” on my journey.  Plus, I think humility is the most underrated virtue.