Well, even though I had over 8 hours of chemotherapy dripping away yesterday I woke up feeling really great! My friend Shari of Soren Lorensen Design is in town for the Palm Springs Art Festival and Lisa and I met her bright and early at my favorite breakfast joint Keedy’s: 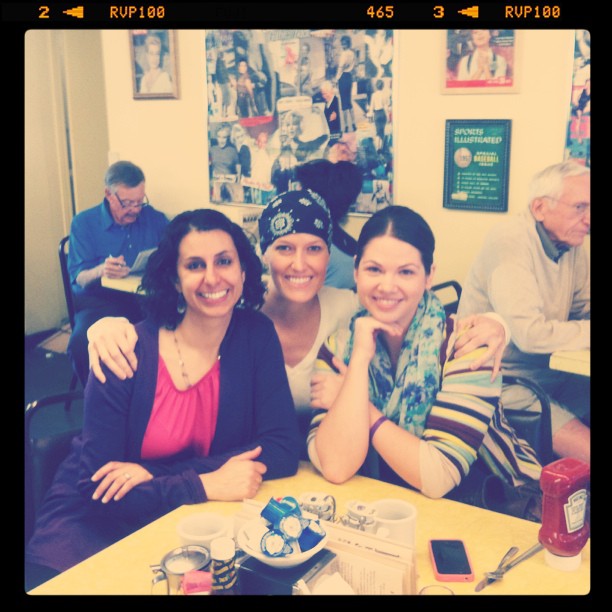 Yesterday was a long day! 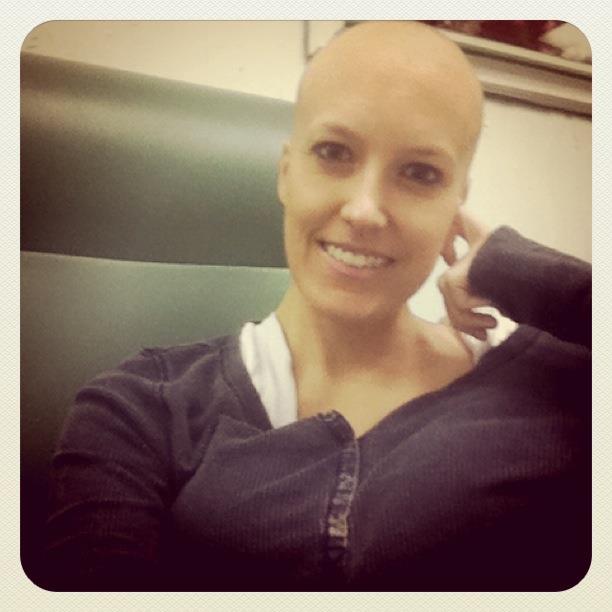 I sat next to the nicest man…..Mr. W. We talked almost the whole time about life, food, travel, what we would do if we won lottery…oh he DID WIN the lottery once…..so cool!  I think I met my match in joyfulness. He has the best spirit. He has been widowed twice due to cancer. His current wife had a radio show as a matchmaker…..man he told some great stories. The most touching story? his first wife put together a book of all his favorite recipes to pass them on. He told me when he left that his day was better having sat next to me…..but I think my day was perfect having sat next to him!

So I got my big bag of neon yellow Methotrexate……the nurses said the back of my bald head was neon yello when I left. My white blood cell count fell from 9,000 to 3,000 this week…..that’s still really high! I have no idea why they stay so high. Seriously. Dr. L is surprised too. Maybe it’s donuts. These drugs like to eat everything in sight in the body….ever see the movie The Blob? That’s what it reminds me of. The great thing is my skin is super clear and I used to get these small cold sores on the side of my mouth when I was run down…..but the chemo has eaten all that up too.

I just felt achy last night and Boo and I watched cartoons until about 8:30 while Mr. LBB worked late. Boo and I played Rock, Paper, Scissors, Lizard, Spock. Never heard of it? Watch the video….it’s awesome:

Anecdotal evidence suggests that in a game of Rock Paper Scissors that players familiar with each other will tie 75-80% of the time due to the limited number outcomes….I suggest Rock, Paper, Scissors, Lizard, Spock.

My HCG (tumor marker) number came back and it’s holding steady at 2. At least it didn’t go up right?! The tumors in my pelvis sure are stubborn. I’m still convinced there just isn’t a huge blood supply to them so maybe that’s why they aren’t shrinking like they should. Think zero for next week!

Now I’m resting. I tried to work on my button painting for a bit but just too tired today. Maybe later.  Have a great one!