Menu
You are here: Home / Life / The Dark Corners

I shared a table with a young girl in the kid’s section of Barnes and Noble yesterday. We started talking after we both witnessed an older woman huff off in annoyance at how talkative Boo was:

Me: Well I was going to say something….but now we’ve got this table, right?
Girl: Ha yes. I’d been waiting for this table.
Me: Well….then you’re welcome….on behalf of my obnoxious kiddo.

Somehow we got on the topic of Little House on the Prairie.  I told her how awesome I thought it was that she was spending her money on books.  She told me she was kind of a nerd.  I told her I wished I’d been a nerd.  And then she left….and I sat there wondering what life holds for her….and hoping she stays a nerd.

When I was 16 years old I got a new car. My dad installed a cell phone in it for emergencies. Back in 1992 it was one of those huge phones that was wired directly into the car….bolted to the side of the center console. I didn’t just use it for emergencies though…I made phone calls whenever I wanted. I called my friends from the road….I checked in with my parents…..I called in Chinese takeout. My Dad never said a word about the bill….until about a year later when he called me into his office one day:

I stammered my way out of that predicament with some amazingly clever excuses like: I had to drive a friend home that night…..and….we were prank calling a friend’s house from the driveway.

When I think back to high school I really don’t think any amount of knowledge or lecturing would have worked to convince me not to drink.  I knew if I got caught I’d be grounded or have my car taken away etc…..but I didn’t care about that. All my friends drank…..and all of the friends I wanted to have drank.  Some parents allowed us to drink….saying it was natural for teenagers to experiment.  We weren’t experimenting.  We were professionals….and we were 16, 17 and 18 years old.  We each drank for different reasons ….and we drank ourselves into oblivion….whenever and wherever we could.  I had some great friends although I can’t tell you much about them now….long lasting friendships aren’t really cultivated through drinking.   I guess that little fact is what went through my head when I was sitting with that young girl at the bookstore table.  I wanted to tell her that I wish I’d spent more time reading. I wanted to tell her that I wish I’d spent my money on books…..or movies…..or art supplies. I wish I’d spent more time getting to know people.  I wish I’d spent more time volunteering.  And mostly I wanted to tell her…..that by the grace of God…. I somehow managed to avoid DUIs, arrests, sexual assault, lethal overdoses and death. And that all probably would have scared her away right?

The rest of the story starts after high school when I discovered that I had the ability to consume enormous amounts of alcohol. I could drink a football team under the table.  Yep, if drinking was a sport……then I was the MVP.

When I moved into my college freshman dorm I knew my limits:

I didn’t have any limits.

And for about 14 years, from 1992 until around 2006, I didn’t have any limits. At least I didn’t think I did.  And I was sent to alcohol counseling by my university, my sorority forced me to attend an outpatient recovery program, I was put on probation by my foreign exchange program in China (only because my friend was “roofied” when we weren’t supposed to be out drinking….not completely my fault right?). How many chances does a gal get? Usually not as many as I’ve gotten…. 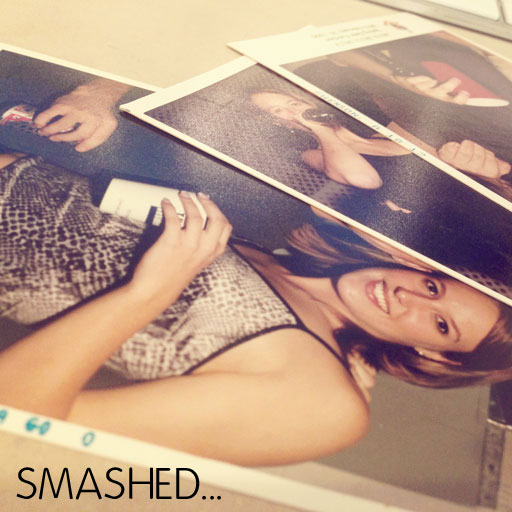 You are probably wondering where this is coming from…..well I’ve been in kind of a funk lately. Mr. LBB says it’s because I’ve been neglecting the things I love to do the most:

Me: But I don’t have anything new to write about.
Mr. LBB: Then write about something old….

What a novel concept. And so this is a start.  The problem is I don’t know where to start….so I guess I’ll jump around for a while until the pieces start to fall into place.  I guess what I’m saying is…fasten your seatbelt…and my friends need not worry….your secrets will always remain anonymous.

I had some good times in there….I’m sure of it….but I don’t really remember all of them.  Family and friends remember a lot of it for me:

Remember when…
you almost fell in the pool at your wedding?
you went skinny dipping at my parent’s wedding?
you parked the car in the wrong driveway?
you tried to sleep beside a telephone pole?

They know I’m okay with them talking about it. I forgave myself a long time ago. Heck maybe that’s another issue in itself….I’m quick to forgive….myself….and everyone else.  I don’t like baggage. It’s like my pastor says:

I love to sin. God loves to forgive. All is right with the world.

(I probably totally butchered that…)

Some memories come back in bits and pieces and I frantically write them down….usually after a few minutes of horror/trauma.  And I have my journals and diaries….except for the ones I burned (in my parent’s backyard….page by page…. in a Christmas cookie tin).  I wish I’d kept those. It all seemed so dark at the time….I traded alcohol for a few years of anorexia and bulimia….then the alcohol came back with a vengeance due to overwhelming anxiety and panic attacks. And I was medicated for depression, ADHD, anxiety…..the list goes on and on. 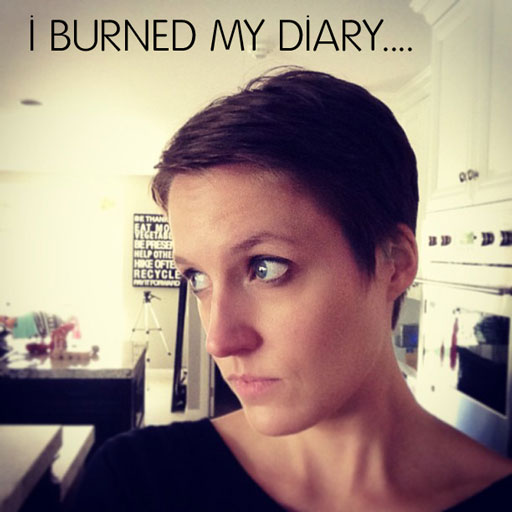 c. yesterday.
my bangs were baggage.  i cut them all off.

I’m just so tired. Looking in the mirror today I noticed that my face is a little thinner.  I always tell myself that there is a line I will draw but I think I’m way beyond that.  This strict detox program I’m on is nothing but an excuse not to eat.  I’m scared to go to the dentist. I’m scared to go to the grocery store for fear I’ll buy everything with no self- control when I get home.  My anxiety attacks are at an all time high.  Dr. C’s medication is keeping the heart palpitations at a minimum but the flushed cheeks and constant sweating are enough to bring them back again. I have nightmares that my teeth are crumbling into pieces and falling out.

It doesn’t seem so dark now….because I can’t even imagine ever being in that place again.  But I guess the question is….how did I get to this good place?  When did I get here?  How do I teach Boo to stay in a good place as she gets older?  How can I help other young girls do the same?  I can’t help but wonder if things would have been different if I’d immersed myself in more art….or discovered art journaling earlier….or if digital photography had existed at the time.  This might take some time to sort out.

P.S. Barnes and Noble wasn’t actually yesterday….but it took me a few days to actually get the courage to press “publish.”

P.P.S. So just wondering…..has anyone else ever destroyed a diary? 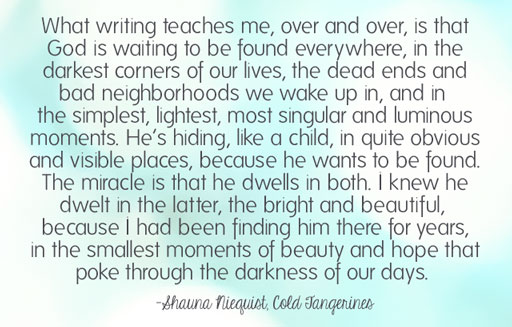