Menu
You are here: Home / Uncategorized / A Home Makeover on a Budget

Back when Mr. LBB and I first got married we bought the house next door to my parents in North Carolina…..it was basically going to be torn down but we thought it could be saved with some hard work. My sister was heartbroken when my parent’s house sold because she saw herself perhaps living there when she got married.  She played professional golf and the house was on the golf course at the golf club we grew up at.  And we’d live next to each other and live happily ever after. Mr. LBB and I ended up selling our house next door to move out west to California….and it was torn down a month later. But it’s just a house, right? There’s a lot of history in that club for us….my grandfather was a member, my parents were members, Brett and I were members…..

Here’s our childhood home below. 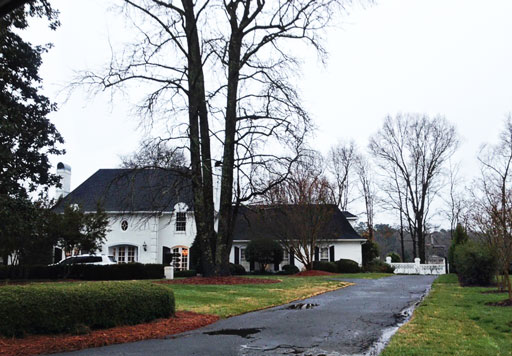 Mr. LBB and I were even married in the backyard in 2001 before my parents decided to downsize: 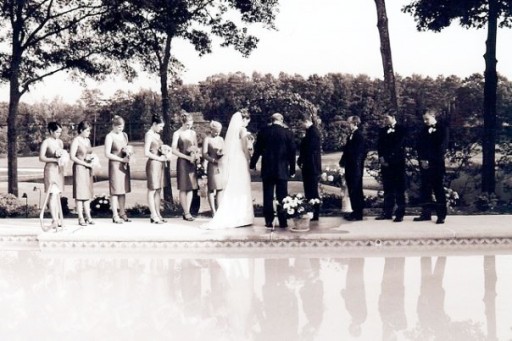 Years later, my sister got married and she and her husband joined the club as well.  Last year she was driving through a neighborhood nearby, within walking distance of the golf club, and came across a house that resembled our childhood home. She drove by it a few more times in the following weeks and the house began to look neglected as the grass grew taller and taller.  She paid a visit to the neighbors across the street and asked them if they knew who lived there.  When she told the neighbor her name he immediately recognized it and said that he had known our father years ago.  He went on to say that the owner of the neglected house had passed away…. the day before.

The man who owned the house was a widow and had been ill for some time. He had contacted a realtor before he went into the hospital and my sister contacted her and was able to work with the family to purchase the house. They even wrote a nice letter to the family with their plans for it…our history in the area…and how it would be a family home and not flipped quickly to the highest bidder.

When my mother saw the house for the first time she said: I think it’s the same architect that built our old house. And guess what….it was.
(insert twilight zone theme music)

Another strange coincidence: Since my father passed away my mother was trying to sell their house in Florida that they had just finished renovating so that she could spend more time close to family in Charlotte. My mom’s house ended up selling on the exact same day that my sister and her husband bought this house.

Here is my sister Perry and her husband Justin the day they purchased their first home together…you can see the resemblance to our childhood home right? 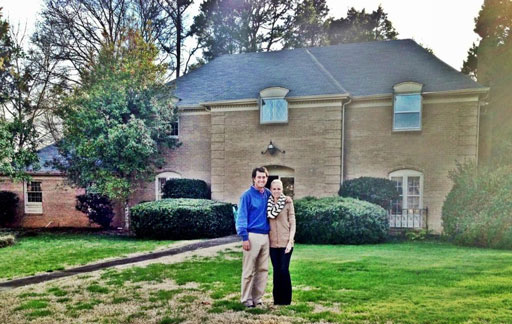 How about if I Photoshop it white (although i really like the taupe color it is right now)….it IS our old house….just a miniature version. 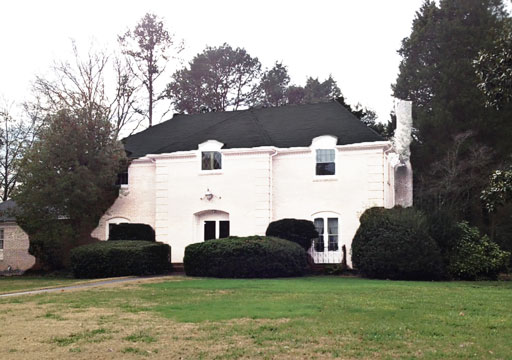 My sister Perry is like me…..she likes to do things on a budget….and DIY whenever possible.  I love the kitchen makeover so far. Here’s the before: 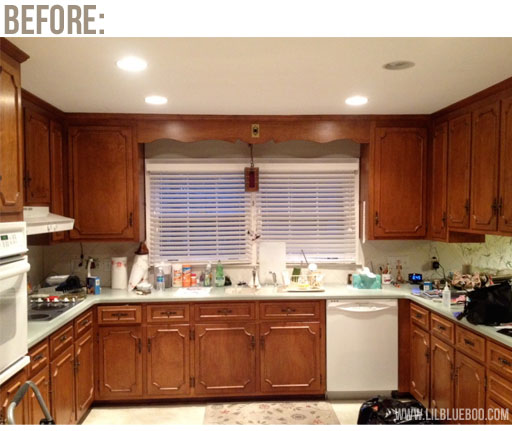 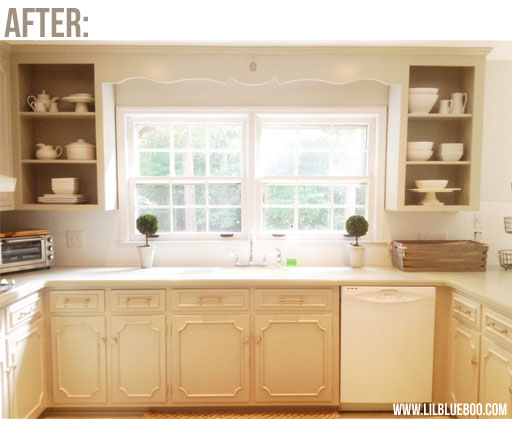 Here’s what she did:

The Rest of the House

Perry and my brother-in-law Justin have done a ton more work…but my sister’s iphone photos just don’t do the rest of the house justice so I’ll take some when Boo and I visit in August to share their progress on the house. Here are some before and after peeks: 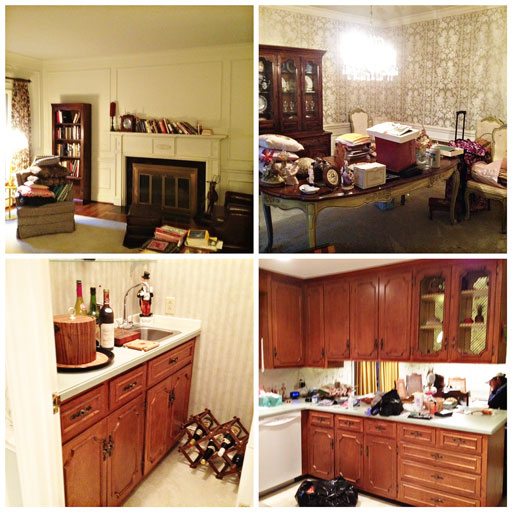 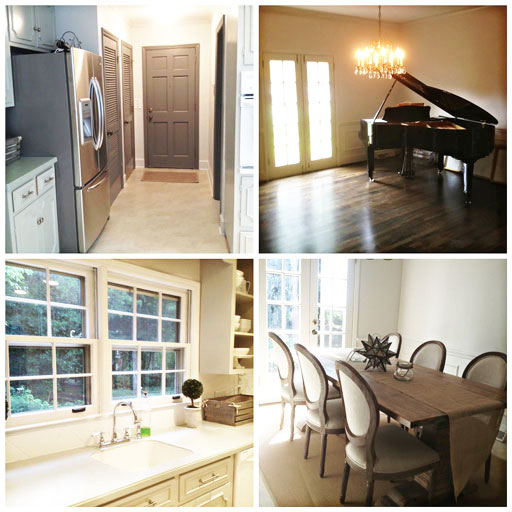 Love this house! My dad would be so pleased with it all.  Part of me thinks he even had a part in it somehow.  There are just so many things that perfectly aligned to make this happen……

To see more of our personal  home projects click the image below!

P.S. Make sure to sign up for my weekly newsletter.…it’s where I give my weekly rundown. Your info is safe with me…..never shared with anyone else…..promise. I don’t spam. Promise.