Menu
You are here: Home / The Hemlock Inn / God is Kneading Me Like Clay

It’s been five days since the accident and I only feel a little bit of whiplash in the right side of my neck.  Thinking back it was like I was in zero gravity and the car was spinning around me.  I keep having flashbacks to that moment. But it feels like it didn’t even happen.  I mean, did it even happen?  Last night as I tried to watch a movie from my laptop, I found a piece of the rental car’s airbag stuck in the DVD drive.  So I guess it did happen.

Four days ago, as I took a taxi back to the airport (a $192 taxi ride) the young female driver never stopped talking. I wrote down every word as she spoke because I hung onto every one:

See that pier over there? Those are my customers. I drive their Escalade when they need me to. They pay me to drive them around town. They invite me over to drink on the dock. I love what I do.  And my husband, well, he sells timeshares just to people who already own timeshares.  Basically my husband tells you that you bought shit and then sells you more shit. And what the hell is a timeshare? Just a hotel room that you share with other people. It’s not even really yours.  There is this one lady who bought a time share from him years ago and now guess what?  Her house got foreclosed on.  She can’t even afford her own house. And now she’s living with her daughter. My husband just shrugs and says that he helped bring the family closer together.  He’s just an actor! They are all just actors! Selling a scam! Hey, take a 4 hour tour of the property with me. Oh and I just got you the best deal. You have to jump on it now. I called the president of the time share company for you. They say the exact same thing to the next person! They didn’t talk to no president! I tell him: how can you live with yourself. And he hates that I drive a cab. Look babe, I’m hustling just like you! I go to work in sweats and a t-shirt and he goes to fancy-brunch-mimosa-shit. And I so don’t fit in with the people he works with.  I can go to work whenever I want to! I can make money TWENTY FOUR HOURS A DAY!

I got out of the taxi reeling.  And walked into the concrete jungle of the Houston airport, thinking: if we all descended from Adam and Eve, wouldn’t there be inbreeding?

Three days ago I had been getting into hot bath to soak my jolted body and as my head went below the water and all sound was drowned out except for my breathing I began crying and thanking God.  For keeping me in that place of zero gravity in that rental car. And at the same time jolting me back to life again, because maybe I’d been asleep the past few days.

Two days ago I had been on the plane with two crying little boys behind me, whose mother did not speak english. And I made little paper airplanes to swoooosh along the opening between the two seats and they giggles and pointed and laughed when I made dive-bombing crashing sounds. And I briefly made eye contact over the seat and the mother smiled with the kind of gratitude I understand. 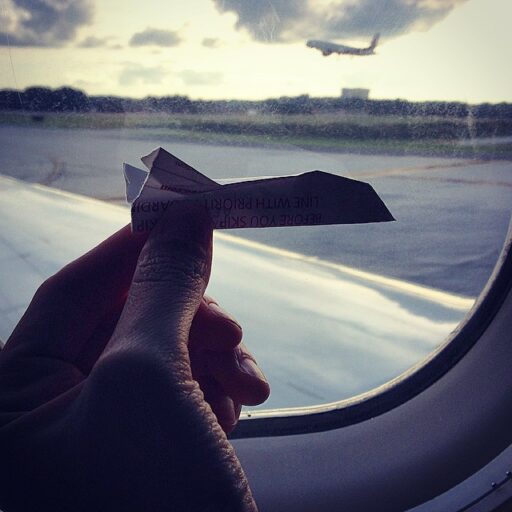 Four days ago, it was Saturday night, and it was late as we drove up to the Hemlock Inn. All the lights were already off because 10pm is mountain midnight.   Three days ago, we woke up early for Sunday breakfast and as I walked onto the back porch a group of guests were there.  The Millers who I had met earlier in the summer and Ron and Eugene from  Washington, DC.  After asking how I was doing from the car crash, Eugene jokingly asked if I’d mentioned them in my presentation at the conference and I told him that I had.  He beamed.  And I really had….it’s not every day that you meet someone that worked at the Watergate Hotel for 28 years.

One day ago, we went to the local library for the first time as a family.  Brett and I sat and flipped through magazines. As I flipped through a random WNC magazine I fell upon an article about a project called Funk and Wag by artist Mel Chin.  I had just randomly met Mel in the Atlanta airport, where we were strangers but had a very awesome conversation about roadkill.

One day ago, after dinner, Brett had gone to hang out with some friends to watch football. And I watched 12 Years a Slave, and the scene where Salomon was almost hung from a tree was too much and I had to get up and walk around.  Falling asleep I was woken up by the sound of a large animal on the roof.  I listened carefully and determined it was probably a raccoon or a possum.  And I wanted to be brave enough to go outside and figure out which one it was but I don’t like confronting things when it’s cold.

And today, the air is getting crisp and the leaves are just starting to exhibit some colors.  It’s starting to get pretty cold at night and I’m learning to use our baseboard heaters.  We got out the down comforters yesterday.  My wardrobe has picked up a few flannel button downs that remind me of my love for Pearl Jam back in the day. This morning I was so happy to crank up Ruby this morning for the first time.  I love the gasoline smell and her rumble. I can keep her from stalling on a cold morning because I know how much time she needs to warm up. And I drove along the river and listened to her engine rumble against the mountain.

Row, row, row your boat. Gently down the stream.

It all sounds so mundane but I can feel something bigger in it all.

There are little reminders everywhere.

This is not all there is.

I can be really stubborn sometimes. And I can then turn around and not care at all.

And I’m really good at forgiving and forgetting which some people view as being delusional.

And sometimes my insides feel like they are on a roller coaster.

And there are so many big life decisions always presenting themselves.

And I tell her: Grow up as slow as you can.

I wanted to buy a box of Krispy Kremes today but I didn’t trust myself not to eat all 4.

Tomorrow I’m going to buy a box of 4 Krispy Kremes, and I’ll eat all 4, just spaced out throughout the day.

perhaps even the peace of a new self-acceptance

you will be learning who you are
all by yourself

-Robert A. Raines, Living the Questions