Menu
You are here: Home / Archives for The Hemlock Inn

Last night was the last dinner of the season at the Hemlock. The inn closes down for the next few months.  George, the cook, made a traditional New Years Eve dinner: greens for prosperity, black eyed peas for luck.  We are very grateful for all that we have and all that the Hemlock Inn has provided.  Exactly one year ago our move to a small town, to live at an inn for a year, was just a tiny “maybe” idea.  Over the past 6 months we’ve met guests from all over the world who visited the Hemlock and keep in touch with many of them still. We’ve immersed ourselves in the the small town of Bryson City and discovered the beauty and tranquility of the Great Smoky Mountains.  This all reminds me of what that man said to me at my first revival a few months ago:

You need to know….that in these mountains…..you are in a place of safety and refuge. 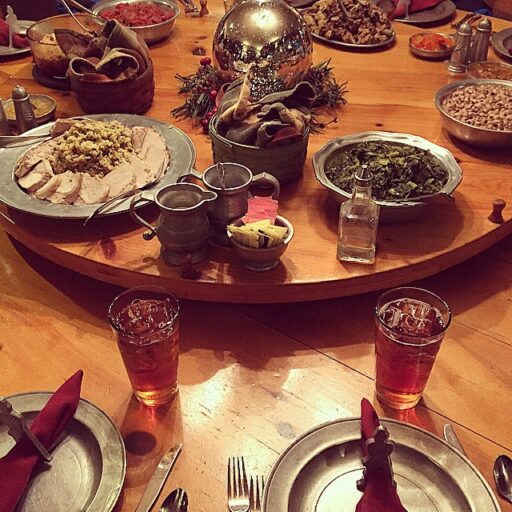 I still feel that here.  2015 will be a great year. Much love to you all. Thank you for following along with me on this journey.

This is the old Warrior motel in Cherokee: 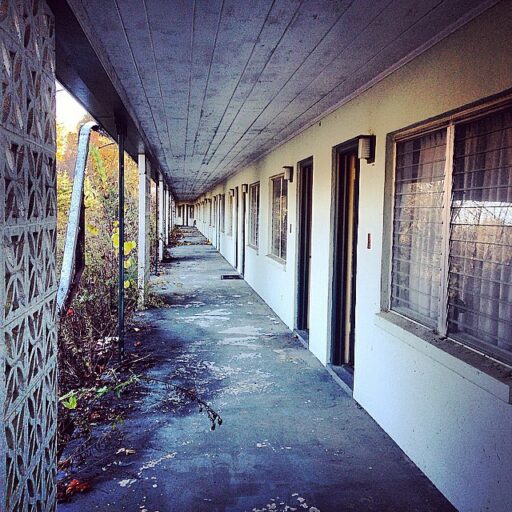 The Cherokee Warrior’s tomahawk used to move back and forth back long ago: 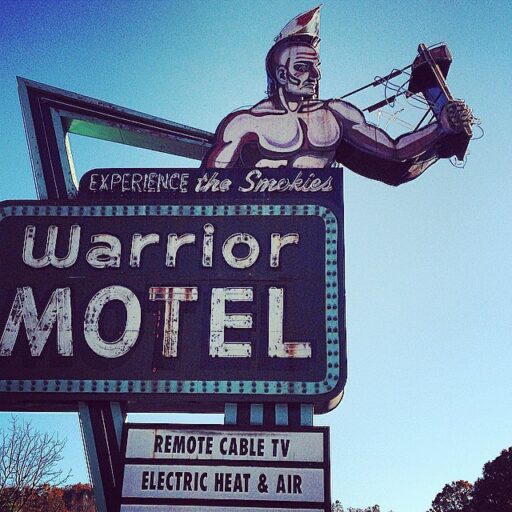 The pool has long since been filled in with dirt and the room doors are wide open letting nature run wild. 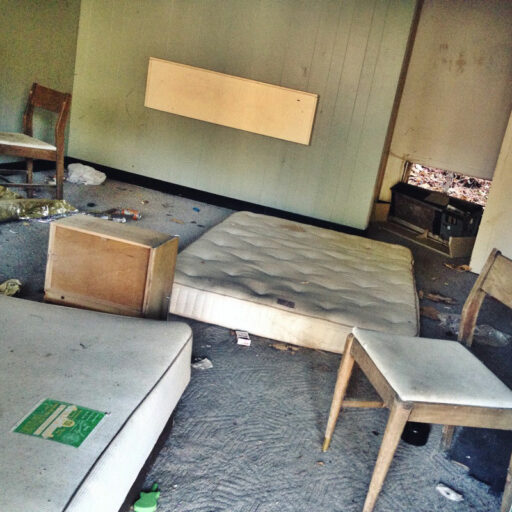 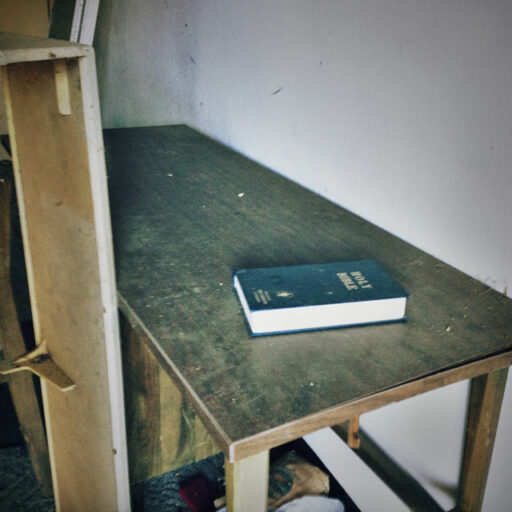 I can hear the old life in it: laughing, splashing, 1960’s music. There are definitely ghosts in old abandoned places.  The others as I like to call them…when I want to freak myself out at an abandoned hotel at dusk. 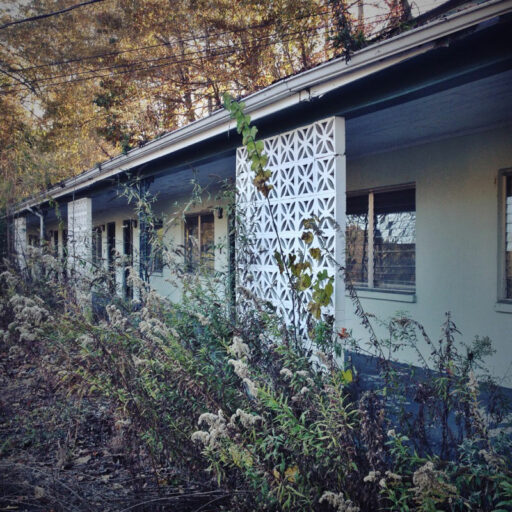 Dusk is my deadline of course.  No one in their right mind would stay at an abandoned motel past dusk. I’ve seen I am Legend. The sun even does a little fancy camera flare to remind me: leave now. 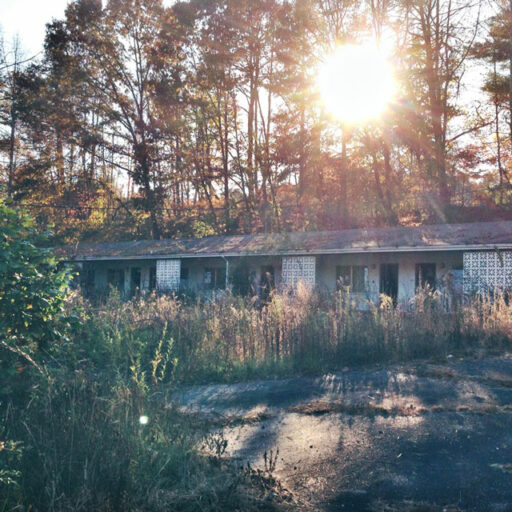 Below is what it looked like back in the 1960’s. The dining room and other buildings are gone. At some point the pool was filled in and the parking lot went back to grass: 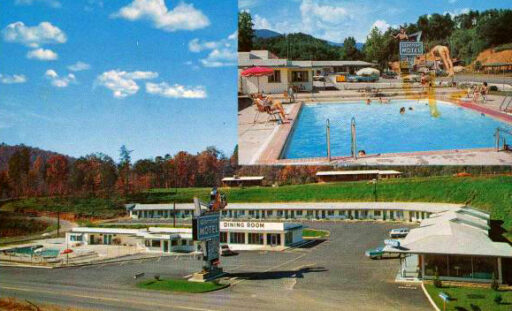 The back of the postcard would have read:

Can you imagine writing for reservations?  Now days people get mad if a motel doesn’t have Internet reservations.

If these walls could talk….I’d listen. 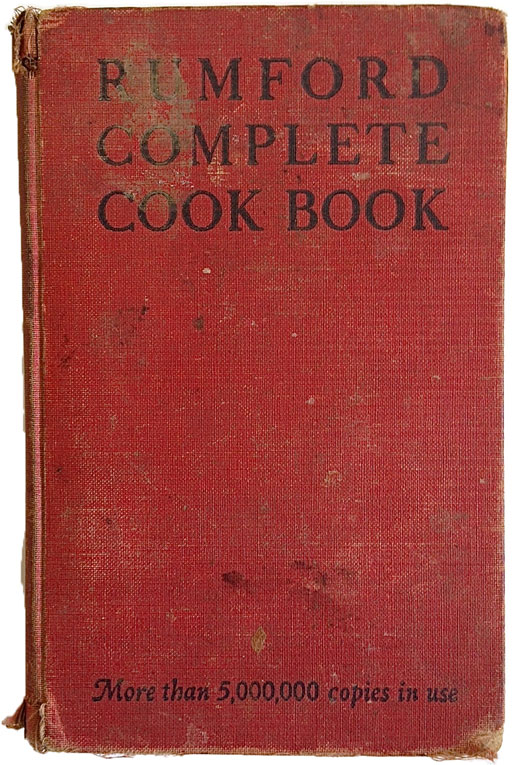 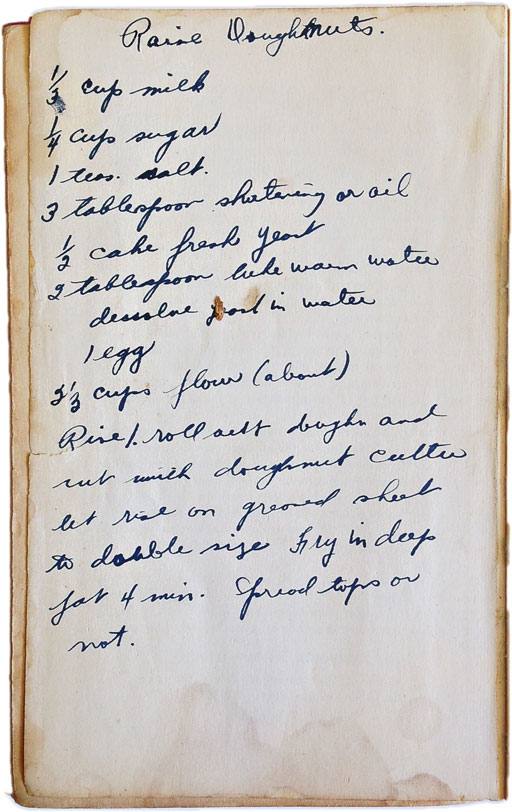 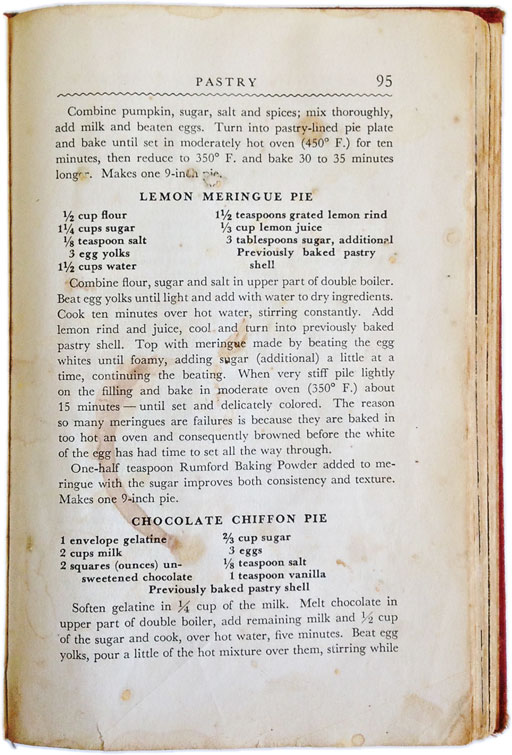 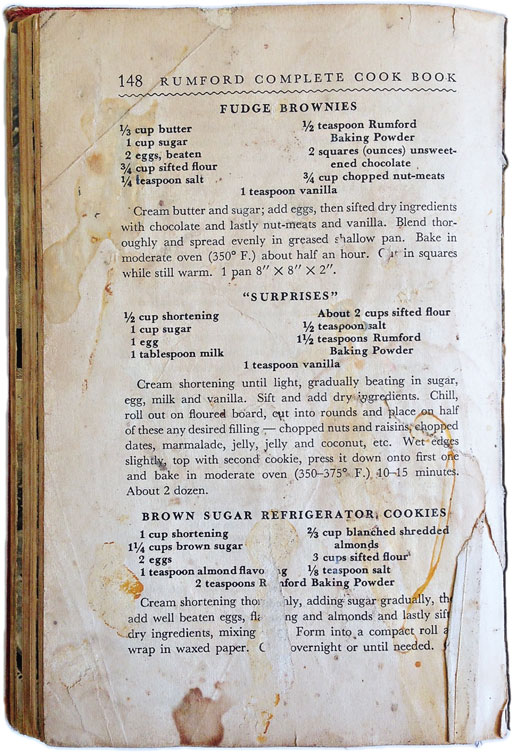