Menu
You are here: Home / Life / The Poetry of Earth

This weekend we spent a lot of time outdoors. Brett teaching Boo about her paddle on Fontana Lake: 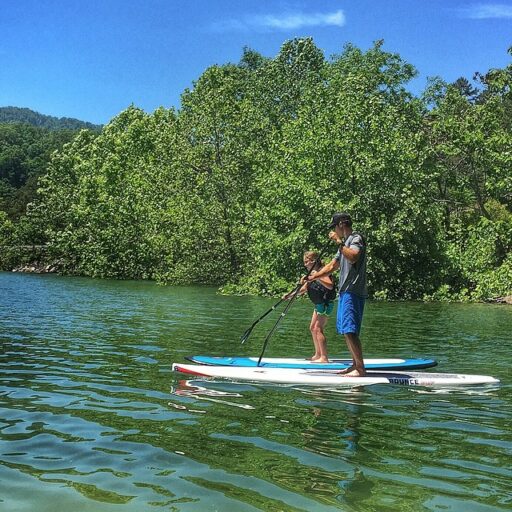 Bryson City Outdoors (BCO) has paddle boards you can rent right at the Finger Lake.  Brett, tiny Maximus, and one of Brett’s BCO partners Ben and his dog Lager: 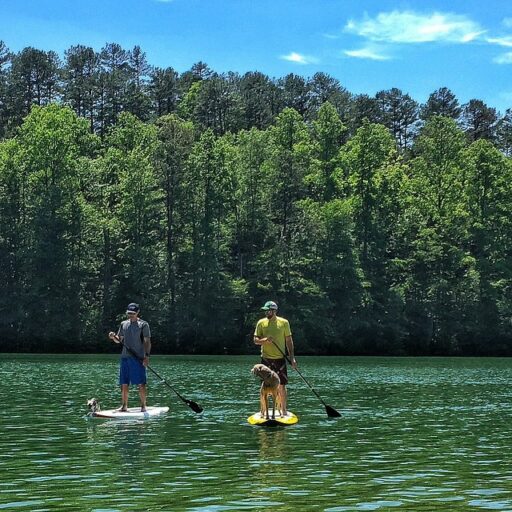 When Brett was about 10 feet away from shore Max jumped in and swam for it with an audience watching from shore. I’d say he’s a brave little guy…but really I think he’s more crazy.

Yesterday we hiked to Andrews Bald. The drive up 441 to get there is pretty amazing in itself (it starts at Clingman’s Dome): 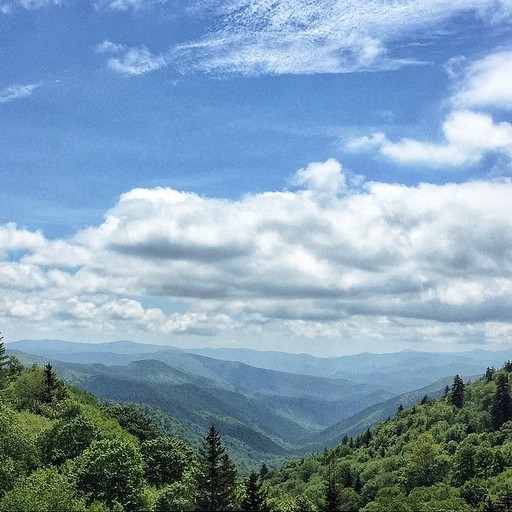 It’s about a 3.8 mile hike roundtrip. A little rocky in places but a great moderate hike for almost any level if you take your time. I love the balds because you can see for miles and miles, there are no trees obstructing the view. Sometimes I can’t believe places like this exist, pretty much untouched by humans except for the narrow trails we’ve left: 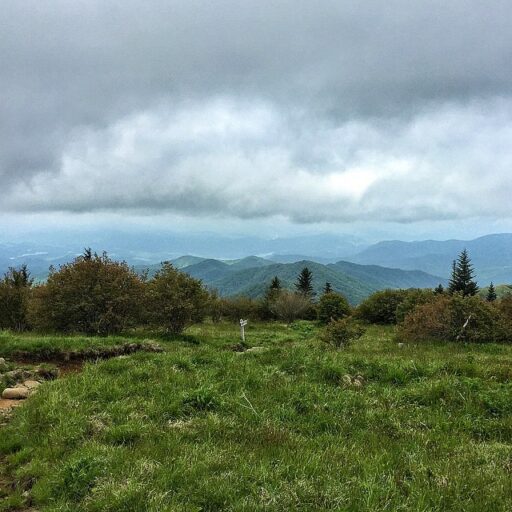 Logging the hike in our “nature” journal: 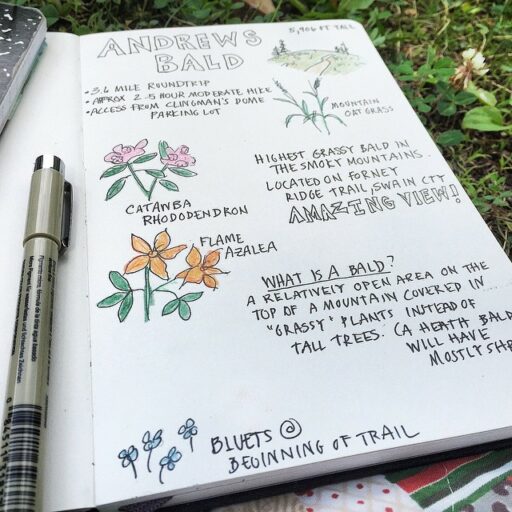 I keep a journal because I’ve found that if I have the intention of writing things down I see more. My mind looks for ways to describe a place to someone else. I love this line from  John Keats: 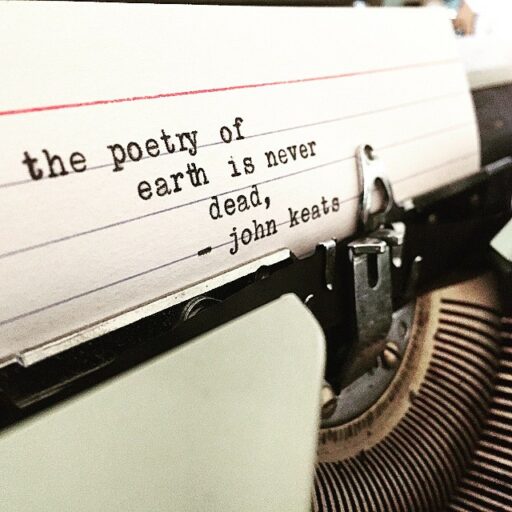 I don’t know exactly what he meant by that, but my own takeaway is that the earth is itself poetry. This place has been pretty much the same for thousands if not millions of years. It will outlive us all a million times over (unless we get sucked into a black hole filled with asteroids.)

Sometimes I’ll pick up a rock or a flower or notice a new tree or animal and wonder: What if I’d never seen this? And it starts a continuous process of looking a second time, and then a third and soon I’m pulling apart a patch of clovers to see what world lives underneath that I may have been missing. And there’s a whole world underneath.

When I was younger I wanted to be a forest ranger. At some point that dream was shifted and molded into a career path that wasn’t necessarily my own. Not that I want to be a forest ranger now, but isn’t it an odd thing how we shift our innocent, passionate young dreams into what we think will be more acceptable and secure?

All the big people are simple, as simple as the unexplored wilderness. They love the universal things that are free to everybody. Light and air and food and love and some work are enough. In the varying phases of these cheap and common things, the great lives have found their joy…so simple we are, so little we want, we are wise and will get what we want… -Carl Sandburg, in a letter to his wife

And then today I’m sitting outside with my dogs because I can’t feel good about myself if they are locked inside staring out the window. And there’s the drone of a yellow jacket hovering nearby and I’ve decided to be a little more tolerant because there must be some use for the yellow jacket right?  I can’t think of one but surely there is some important task for the yellow jacket. I’ve slowed my pace of life and I wonder if it’s possible to gain momentum while simultaneously slowing down? I remember learning in school, maybe in physics, that it takes like 25 miles for an aircraft carrier to stop moving because of the force.

Anyway, onto some kind of point here. If you’ve never visited a bald…you need to. Because when you get there you’ll stand above the whole world and I think you’ll get it. And maybe you’ve felt that before. Up in those kinds of high mystical places, or maybe it was on a long stretch of white beach. My friend Jodi calls it a whoosh.  I think it’s where fear and hope and reverence and joy all collide at once.

And sometimes, like poetry, you can even find little galaxies of stars there: 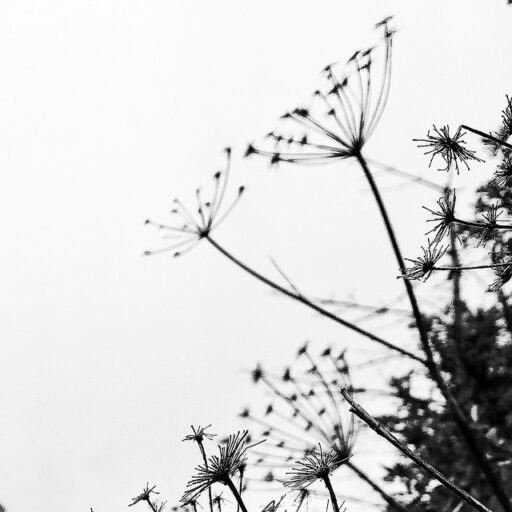