Menu
You are here: Home / Archives for Garden

When we went to Washington, DC over spring break this year one of the things on my list to see was the nearly 400 year old bonsai tree that survived Hiroshima. It’s also known as the Yamaki White Pine: 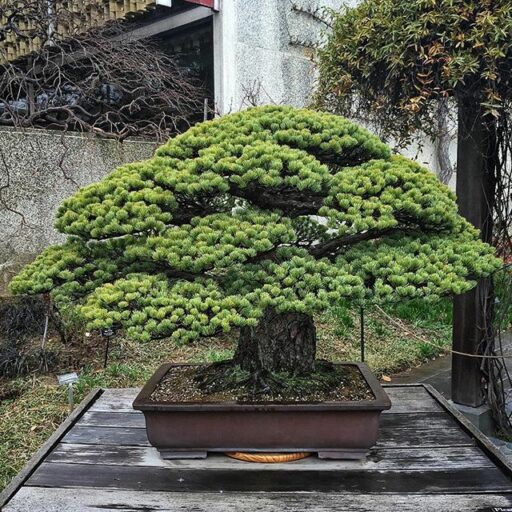 Five generations of the Yamaki family trained this tree, starting in 1625, before it made its way across the ocean to the U.S. This bonsai tree survived the atomic blast in Hiroshima. The owner, bonsai master Masaru Yamaki, donated it to the U.S. in 1976. How long such a small tree can live, like this one, outliving multiple generations? I can’t imagine the pressure of taking care of such a tree. What if someone forgets to water it? Do you get a bonsai sitter when you go out of town?

I’ve always had a thing for bonsai trees. When I was growing up, at my grandparents house, a weathered plank fence stood to one side of the yard dividing the property from their neighbors, the Nowlins.

If you followed the plank fence to where it opened up near the Nowlin’s carport, and followed the path of crunchy white pea gravel, you would find a few rows of tables.  That was Mr. Nowlin’s bonsai garden. It looked kind of like this:

The Bonsai exhibit at the U.S. National Aboretum 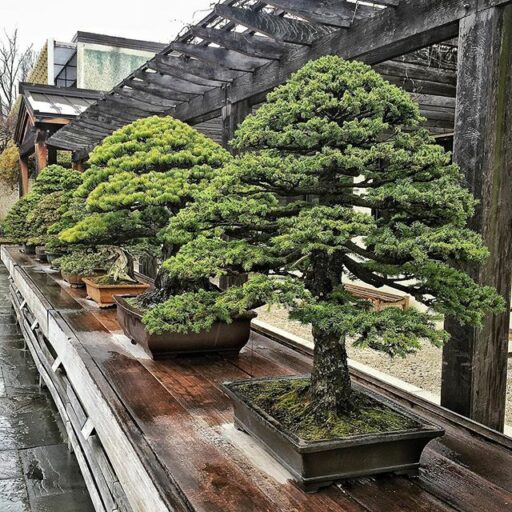 He had tiny little junipers and shapely miniature boxwoods growing in flat little pots with tiny gravel to match. I loved touching the twisted and gnarled little tree trunks that had been shaped and stunted over time. I would run my fingers over the pearl and tea-colored pea gravel, sometimes secretly slipping a few stones into my pocket to keep. It was like a secret garden. Mr. Nowlin’s house was sold at some point, I think when they went to a nursing home.  The buyers knocked their old house down to build a bigger one. The same thing happened to my grandfather’s house next door. I’ve always wondered whatever happened to Mr. Nowlin’s bonsai trees. There hasn’t been any sign of bonsai for years.

Mrs. Nowlin looked exactly like Jessica Tandy from the front, at least that’s how I remember her. I tore the house apart today trying to find a photo of the Nowlins and maybe their backyard. All I could find was a photo of Mrs. Nowlin holding a handful of fall leaves, getting ready to throw them up so I could jump into them: 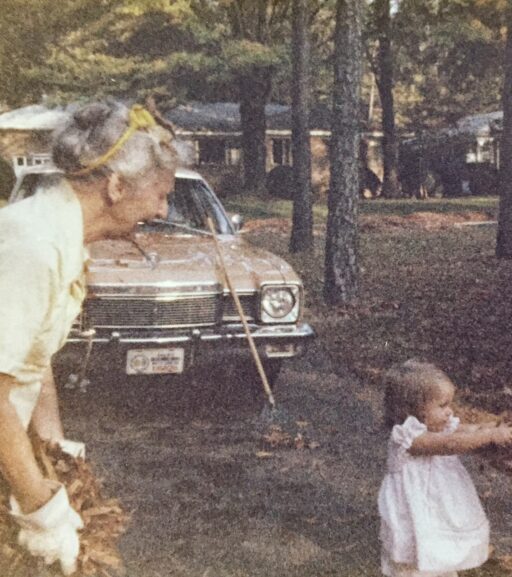 Somewhere in Japan there is a bonsai tree that is over 800 years old. That means that a tiny potted tree has been passed down through at least eight or nine family generations. How is that even possible? I can’t even keep a plant alive more than a year.

I bought some young junipers recently and planted them to try my hand at the bonsai art. Hey, I got them planted. Now check back in 15 years. 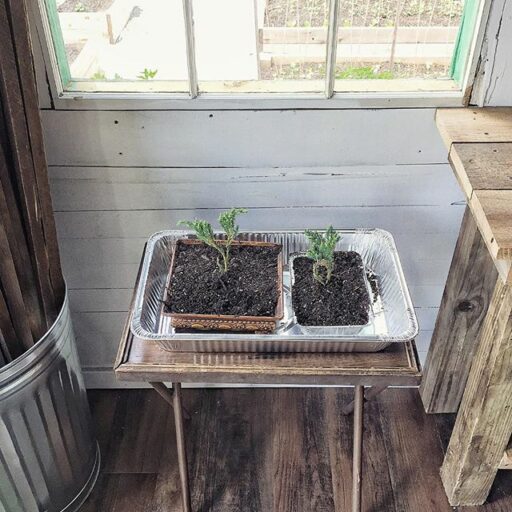 I imagine they’ll look kind of like this one day only this is a Chinese Elm, and it’s “training” dates all the way back to 1906: 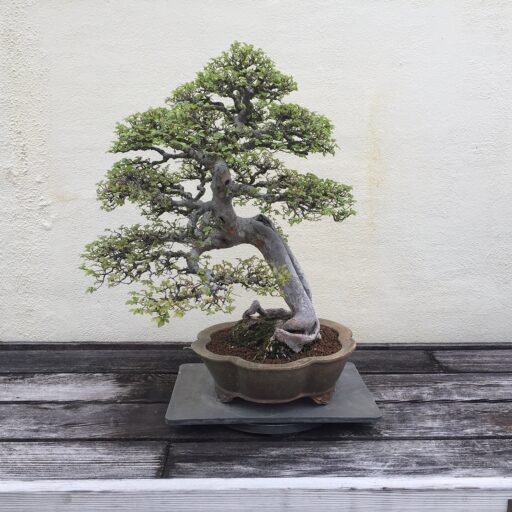 A Japanese Maple dating back to 1946: 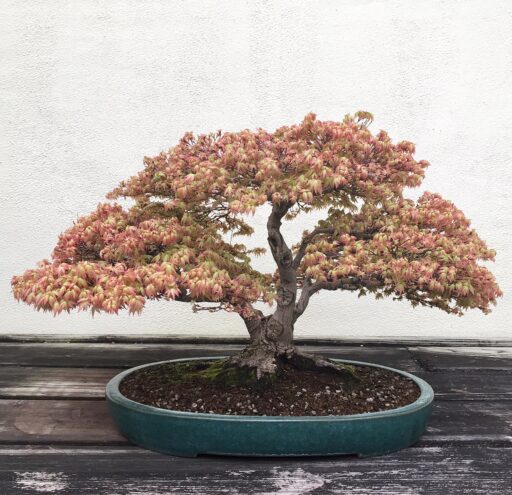 They don’t know how old this Trident Maple is but I love the shape of it: 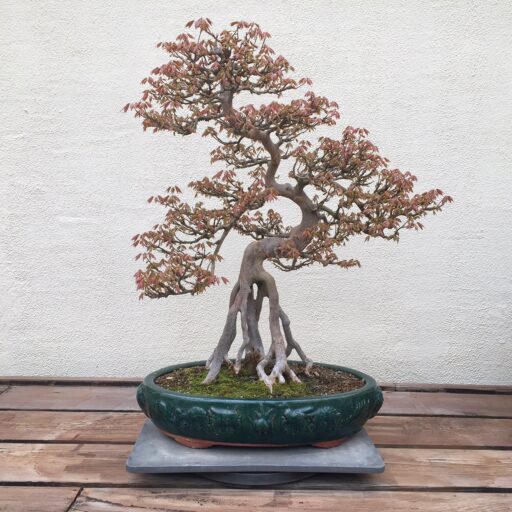 I checked all the tags at the U.S. National Arboretum….none were Mr. Nowlin’s. But maybe they are still out there somewhere.

You can read more about the bonsai collections at the National Bonsai & Penjing Museum’s site. There’s even a virtual tour you can take…but it’s not the same as seeing the trees in person.

You can read more about the Yamaki Pine here. It’s a really cool story.

And I can’t stop watching the DC Eagle Cam either.

When we were in DC the cherry trees were just beginning to bloom as well: 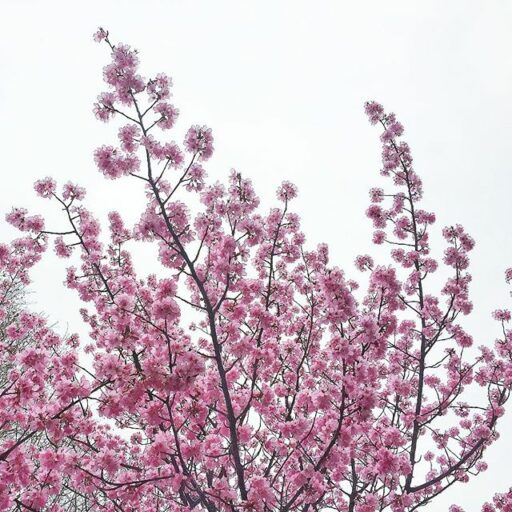 The history of the DC cherry trees is pretty interesting too. In 1910, Tokyo gave Washington, DC 2,000 cherry trees as a gift. All 2,000 trees had to be burned because it was discovered that they were infested with insects. In 1912, Tokyo gifted 2,000 more trees, in twelve cultivar varieties, and they were planted mostly in the Tidal Basin area. 3,000 more were gifted again in 1965. In 1982, Japanese horticulturists came to take clippings of the trees to replenish an area of Japan where flooding had killed their own trees. In 2002-2006, hundreds of cuttings were taken of the original 1912 trees to begin cloning replacements (cherry trees only live about 60 years on average). This was also done in 1976-1979 in a smaller number. Only about 4% of the original gifted trees are still around.

I like cherry trees too. I’ve got a few to plant this week around or property. 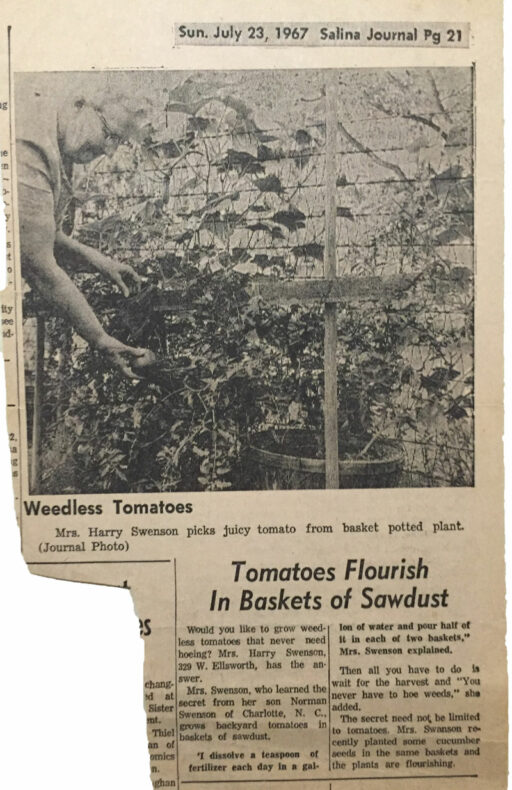 I love the opening line:

Would you like to grow weedless tomatoes that never need hoeing?

In the article she says she learned the secret from my grandfather and:

“I dissolve a teaspoon of fertilizer each day in a gallon of water and pour half of it in each of two baskets,” Mrs. Swenson explained.

Then all you have to do is wait for the harvest and you never have to hoe weeds,” she added.

The secret need not be limited to tomatoes. Mrs. Swenson recently panted some cucumbers in the same baskets and the plants are flourishing.

Tillie lived to be 104. Maybe there’s something to the sawdust. She must have had a lot of sawdust around. I don’t have even an ounce of sawdust…and if I did it would probably be full of pressure treated chemicals.

I did a little research and apparently this only works well with container gardening, and the fertilizer is crucial. I’ve love to know how this made the paper. I’m sure that’s a story in itself! Tillie moved to the Ellsworth address when the family farm was sold. My great-grandfather Harry had been kicked in the head by one of his horses and was never the same. He spent most of his time in the state hospital after that and Tillie took in boarders. Container gardening must have been small potatoes after a life of farming.

I built this trellis for growing peas and tomatoes in the garden using a few tomato stakes and some twine. It was so easy to construct: 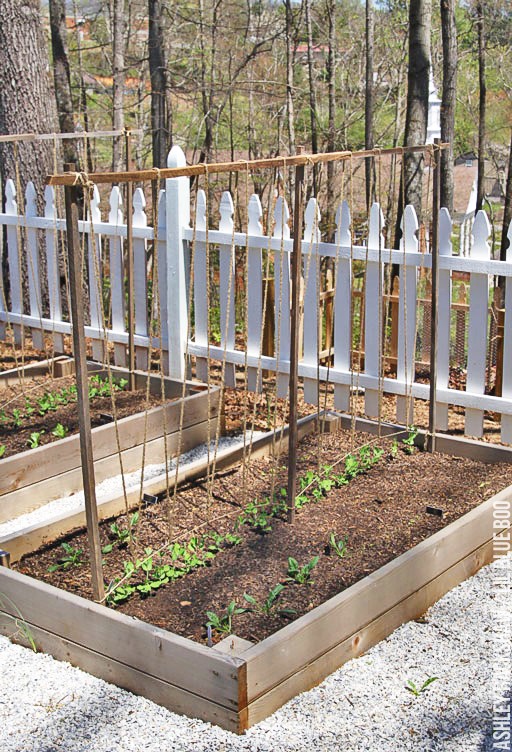 I love watching the sugar snap peas grow and look for something to attach their tendrils to: 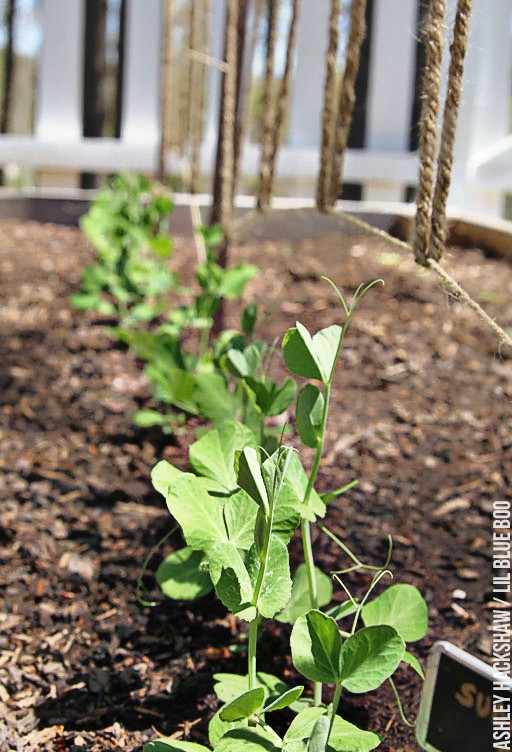 Can you see the little hook of the snap pea plant below? 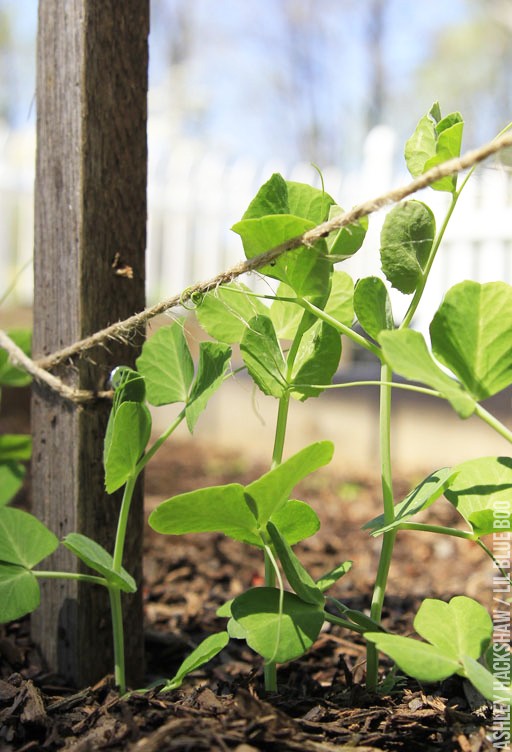 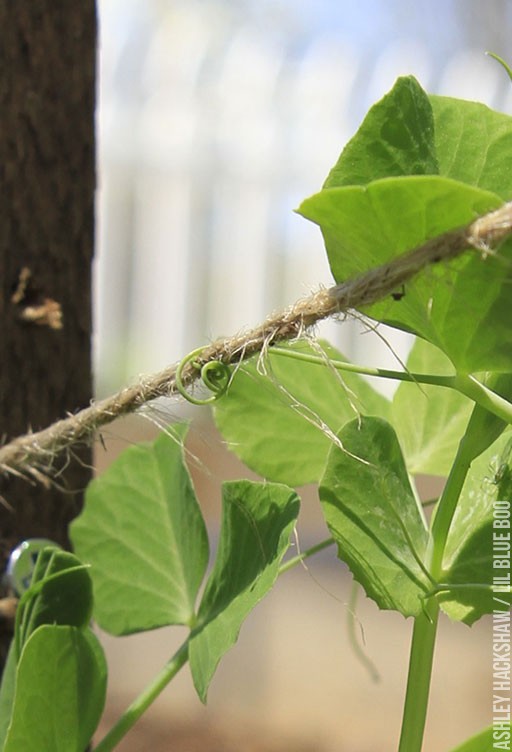 To construct it I used a hammer to pound three tomato stakes into the ground….each a few feet apart. I added the cross bars to the top and attached them using wire first and then twine: 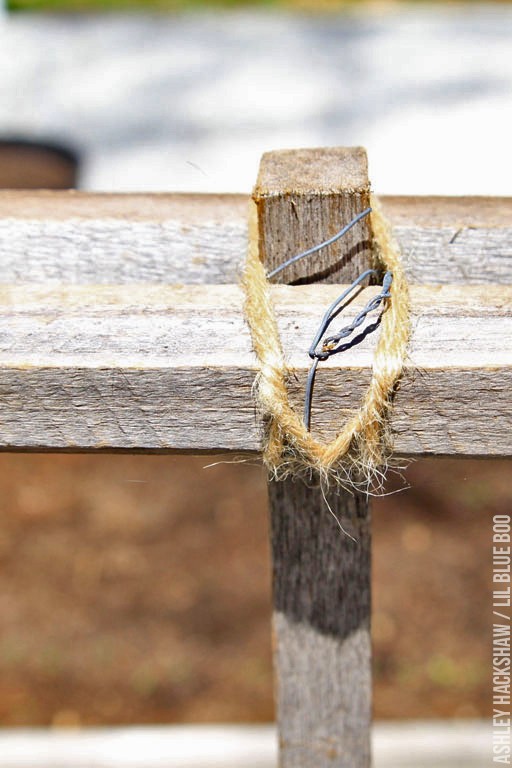 I attached twine to the bottom and then added the zigzag by stringing more twine back and forth between the two bars: 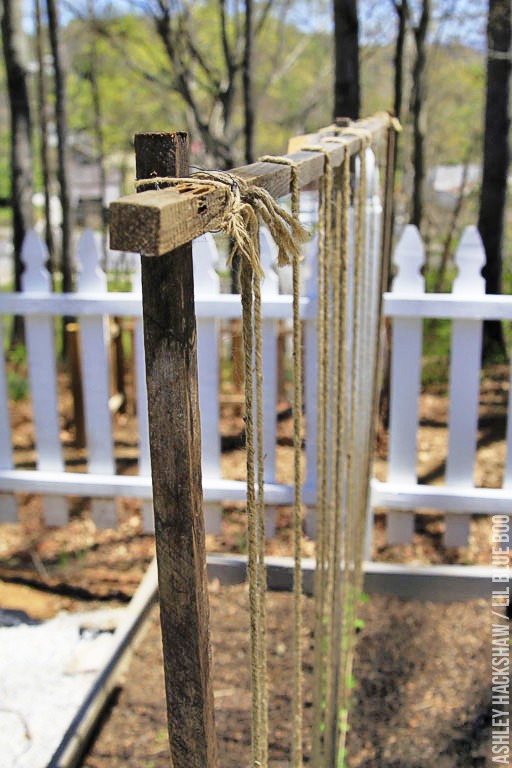 As soon as the sugar snap peas are harvested I’ll replant tomatoes there from the pots they are being grown in and I can use the same trellis for those too: 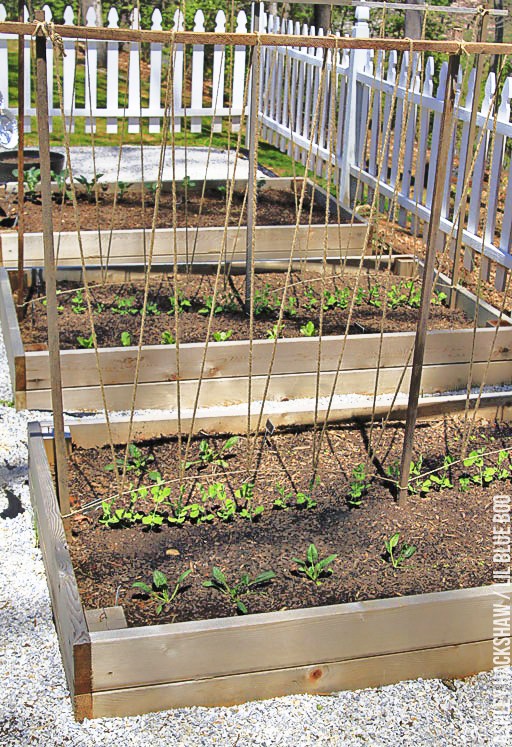 How I keep the birds away: 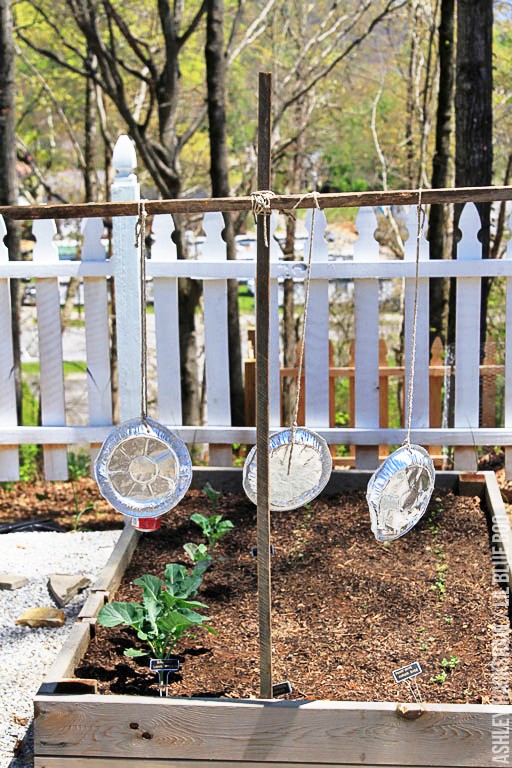