Menu
You are here: Home / Archives for books

My friend Stephanie Corfee has just released another amazing book called Girl Plus Pen, a book on learning to doodle, and it’s one of the things I’m giving Sienna for Christmas this year! 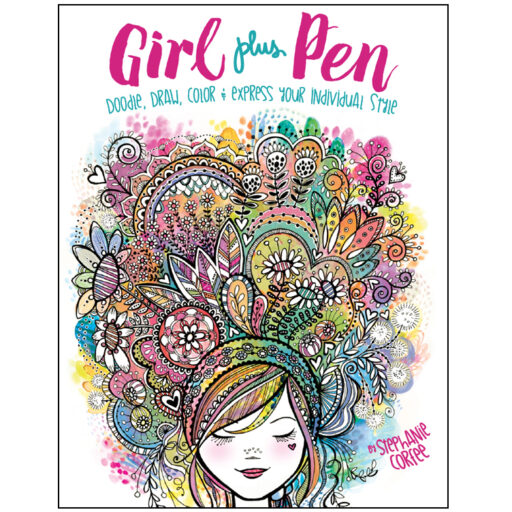 It’s a wonderful way to spark creativity in a young girl (and even an old gal like me!). Here are a few sample pages: 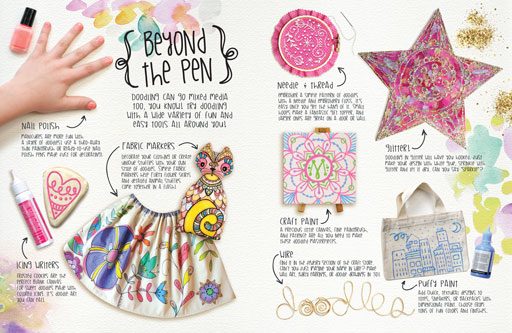 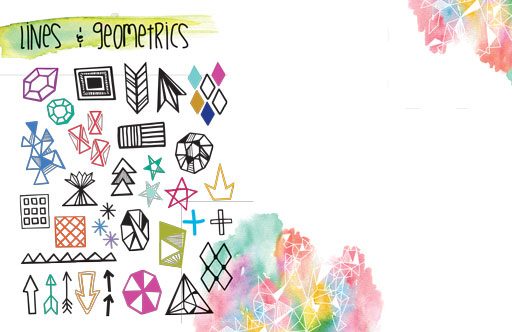 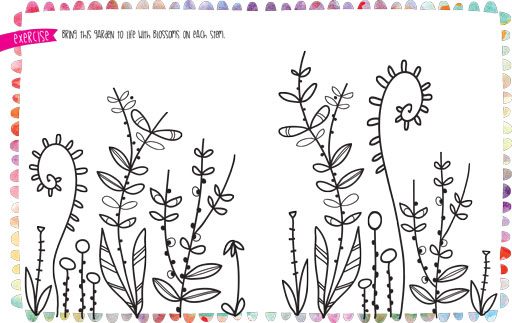 Here’s another one of my favorites…Paint Lab: 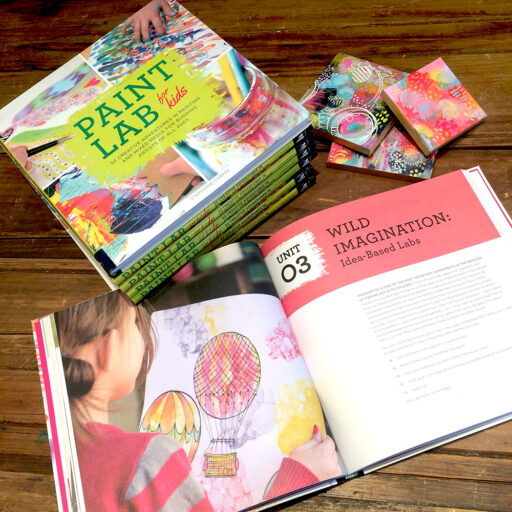 You can read more about Stephanie’s books at the links below and purchase them as well! 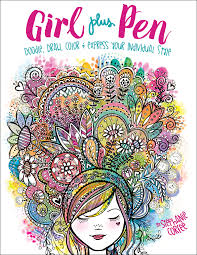 Girl Plus Pen by Stephanie Corfee

Doodle everything from simple swirls, swooshes, and scallops to intricate and detailed designs that you can give as gifts or hang on your wall. Work on lettering and word art, plus decorative doodles perfect for prettifying just about anything. Be inspired to use your doodling skills on everything from paper and pebbles to scarves and snapshots. Packed with step-by-step instructions, artistic prompts, and helpful tips, this book will help any artist’s pen move and creativity flow important steps on the way to discovering your own unique, artistic voice. 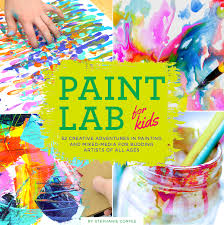 Paint Lab for Kids features 52 fun, fresh, and kid-friendly art lessons that each explore a paint medium, technique, or effect. Popular artist and author Stephanie Corfee offers an exciting resource of easy-to-follow instructions supported throughout with step-by-step, full-color photographs. Each sequence is accompanied by finished samples and variations as well as the inspiring work of a prominent artist. The projects can be used independently throughout the year or as a curriculum for hands-on art experiences. 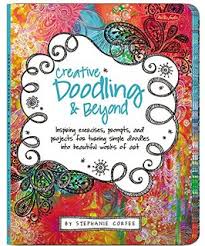 Creative Doodling & Beyond by Stephanie Corfee

Creative Doodling & Beyond features a fun variety of projects, prompts, exercises, and ideas to get your doodling juices flowing, while also providing inspiration for how to use your doodles creatively. Artists will begin with some warm-up exercises and basic drawing instruction. From there, they’ll embark on creating projects with doodles that get progressively more advanced through the book, starting with a gift tag and ending with elaborate doodling projects on wood and fabric. 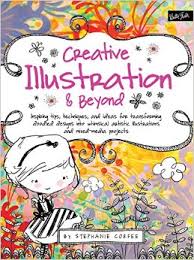 Creative Illustration & Beyond by Stephanie Corfee

Throughout the book, artists are invited to practice their techniques, sketch concepts, make notes, and brainstorm creative illustration ideas right inside the beautifully designated spaces. The perfect follow-up to Creative Doodling & Beyond, Creative Illustration & Beyond is as approachable to the beginner as it is appealing to lifelong doodlers and illustrators of all skill levels. Packed with inspiration, tips, and stunning illustrations designed to encourage and educate, this engaging and colorful book is sure to delight the doodler at heart.

A few books on my shelf, books that make me want to go outdoors. Mostly memoir, all non-fiction. American wilderness, less traveled roads, wide open fields and miracles of nature. Breaking out of the box, embracing solitude, and seeing more. 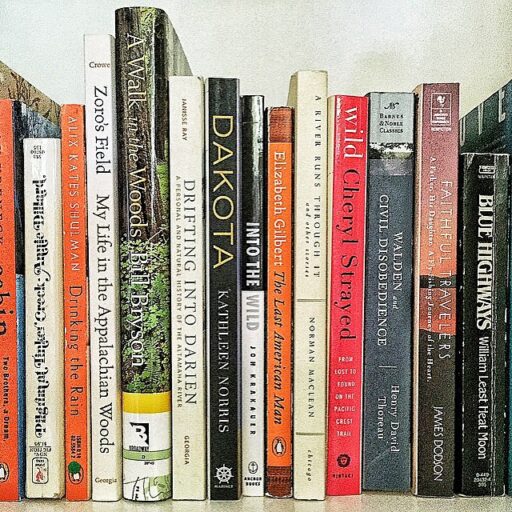 Pilgrim at Tinker Creek by Annie Dillard
“It has always been a happy thought to me that the creek runs on all night, new every minute, whether I wish it or know it or care, as a closed book on a shelf continues to whisper to itself its own inexhaustible tale. So many things have been shown so to me on these banks, so much light has illumined me by reflection here where the water comes down, that I can hardly believe that this grace never flags, that the pouring from ever-renewable sources is endless, impartial, and free.”

Drinking in the Rain by  Alix Kates Shulman
“But now I find that solitude, far from being the price, is turning out to be the prize. Solitude its own reward! Instead of making me anxious, it seems to be sweeping away my anxieties, opening up possibilities, and as I walk from cabin to rocks to beach to cove to outhouse and shed and back again, I feel a composure I’ve never found before. At night I fall into bed weary instead of tense. My fingernails, bitten since childhood, are growing long.”

Zoro’s Field: My Life in the Appalachian Woods by Thomas Raine Crowe
“Here in this solitude I am granted indulgences that are rarely, if ever, offered to those in the outside world: lying int he grass on the south side of the garden like a sleepy old dog, soaking up the afternoon rays of the sun, daydreaming, dashing clothes less through the woods to the outhouse in the morning – soles flying over the frost to keep the feet from freezing: sitting for long periods of times (maybe even hours) in the middle of a workday watching an anthill or a hive of wild bees; and, of course, talking to oneself.”

A Walk in the Woods by Bill Bryson
“But I got a great deal else from the experience. I learned to pitch a tent and sleep beneath the stars. For a brief, proud period I was slender and fit. I gained a profound respect for the wilderness and nature and the benign dark power of woods. I understand now, in a way I never did before, the colossal scale of the world. I found patience and fortitude that I didn’t know I had. I discovered an America that millions of people scarcely know exists. I made a friend. I came home.”

Drifting into Darien by Janisse Ray
“When I am dying, reevaluating my life, I would like to remember only these moments, those in which no clocks are ticking, in which I am aware of my excruciating and increasing vulnerability, in which I am so grateful for my lot in life that I could fall prone to the ground, overwhelmed with gratitude, moment by moment by moment. My life has been saved in moments.”

Dakota by Kathleen Norris
“For me, walking in a hard Dakota wind can be like staring at the ocean: humbled before its immensity, I also have a sense of being at home on this planet, my blood so like the sea in chemical composition, my every cell partaking of air. I live about as far from the sea as is possible in North America, yet I walk in a turbulent ocean. Maybe that child was right when he told me that the world is upside-down here, and this is where angels drown.”

Into the Wild by Jon Krakauer
“The very basic core of a man’s living spirit is his passion for adventure. The joy of life comes from our encounters with new experiences, and hence there is no greater joy than to have an endlessly changing horizon, for each day to have a new and different sun. If you want to get more out of life, you must lose your inclination for monotonous security and adopt a helter-skelter style of life that will at first appear to you to be crazy. But once you become accustomed to such a life you will see its full meaning and its incredible beauty.”

The Last American Man by Elizabeth Gilbert
“People say that I don’t live in a real world, but it’s modern Americans who live in a fake world, because they have stepped outside the natural circle of life. Do people live in circles today? No. They live in boxes. They wake up every morning in a box of their bedrooms because a box next to them started making beeping noises to tell them it was time to get up. They eat their breakfast out of a box and then they throw that box away into another box. Then they leave the box where they live and get into another box with wheels and drive to work, which is just another big box broken into little cubicle boxes where a bunch of people spend their days sitting and staring at the computer boxes in front of them. When the day is over, everyone gets into the box with wheels again and goes home to the house boxes and spends the evening staring at the television boxes for entertainment. They get their music from a box, they get their food from a box, they keep their clothing in a box, they live their lives in a box. Break out of the box! This not the way humanity lived for thousands of years.”

A River Runs Through It by Norman Maclean
“Eventually, all things merge into one, and a river runs through it. The river was cut by the world’s great flood and runs over rocks from the basement of time. On some of the rocks are timeless raindrops. Under the rocks are the words, and some of the words are theirs.  I am haunted by waters.”

Wild by Cheryl Strayed
“I knew that if I allowed fear to overtake me, my journey was doomed. Fear, to a great extent, is born of a story we tell ourselves, and so I chose to tell myself a different story from the one women are told. I decided I was safe. I was strong. I was brave. Nothing could vanquish me.”

Walden by Henry David Thoreau
“I went to the woods because I wished to live deliberately, to front only the essential facts of life, and see if I could not learn what it had to teach, and not, when I came to die, discover that I had not lived. I did not wish to live what was not life, living is so dear; nor did I wish to practise resignation, unless it was quite necessary. I wanted to live deep and suck out all the marrow of life, to live so sturdily and Spartan-like as to put to rout all that was not life, to cut a broad swath and shave close, to drive life into a corner, and reduce it to its lowest terms.”

Faithful Travelers by James Dodson
“So much of our lives is spent waiting – for someone to finish a job or make a decision, for something to begin or end, a season to come or go, someone to be born or pass away. My truck was dead but a stranger assured me it would be reborn. The summer was over and school was beginning. The fish weren’t biting but the even gins had a hint of autumn’s coming refreshment in them. Sitting on the edge of my bed at the Hinton Motel, at loose ends, wondering when and if we’d ever get rolling again,, I picked up Maggie’s Magic Eightball from her Medicine Bag, gave it a shake, and consulted it for an answer.”

Blue Highways by William Heat Least Moon
“A car whipped past, the driver eating and a passenger clicking a camera. Moving without going anywhere, taking a trip instead of making one. I laughed at the absurdity of the photographs and then realized I, too, was rolling effortlessly along, turning the windshield into a movie screen in which I, the viewer, did the moving while the subject held still. That was the temptation of the American highway, of the American vacation (from the Latin vacare, “to be empty”).”

I didn’t have a chance to get this up this morning so think of it as weekend journaling! 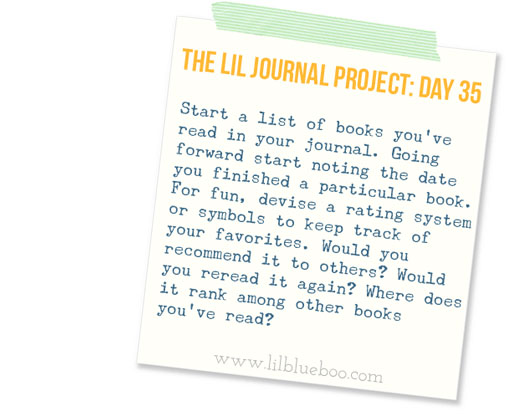