Menu
You are here: Home / Archives for tips

We’ve spent the last few months casually potty training Sienna. She’s been REALLY great if I let her just run around the house naked, but she hasn’t had much interest in wearing underwear.

I told her on Tuesday: No more diapers. Well, that didn’t go over so well because she didn’t want to wear “big girl” underwear….and I can’t take her out in public without pants on!
Now she’s potty trained! So what happened since beginning of the week? Here is what worked for us! I made this pretty little box and we call it her “underwear box.” It holds all of her underwear and she gets to pick out which pair she wants to wear in the morning and after nap time . 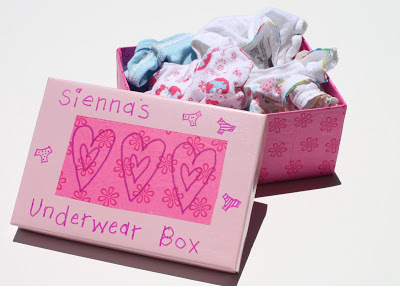 I can’t believe how excited she is to pick out a pair of undies….it is hilarious. I know everyone’s kids are different, but thought I’d pass the idea along for those of you who are in potty training stage!

If you are renovating a home, building a home or just renovating a room….. before the drywall goes up…… TAKE PHOTOS of what is behind your walls! My framer told me to do this and I can’t even tell you what a lifesaver it has been! I’ve been have this musty smell come out of a few of the light switches and under the bar sink in the kitchen. By posting my question and the photo below on a DIY website, a plumber was able to help me pinpoint what was wrong without me having to tear out all the cabinets! 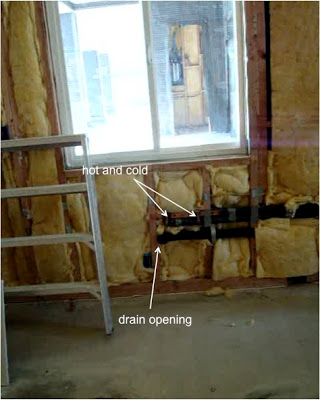 Now we will probably have to just cut a small hole. I’ve used these photos with electricians to find wiring and to check what the framing looked like behind a wall in order to raise a door up. It has saved a TON of headaches. Just wanted to pass the tip along!
Disclosure: I use Amazon affiliate links to help pay for the costs of this website. Any and all posts on this site may contain affiliate links. Thank you!