Menu
You are here: Home / American Girl / How to Make a Doll Sized Salon Cape 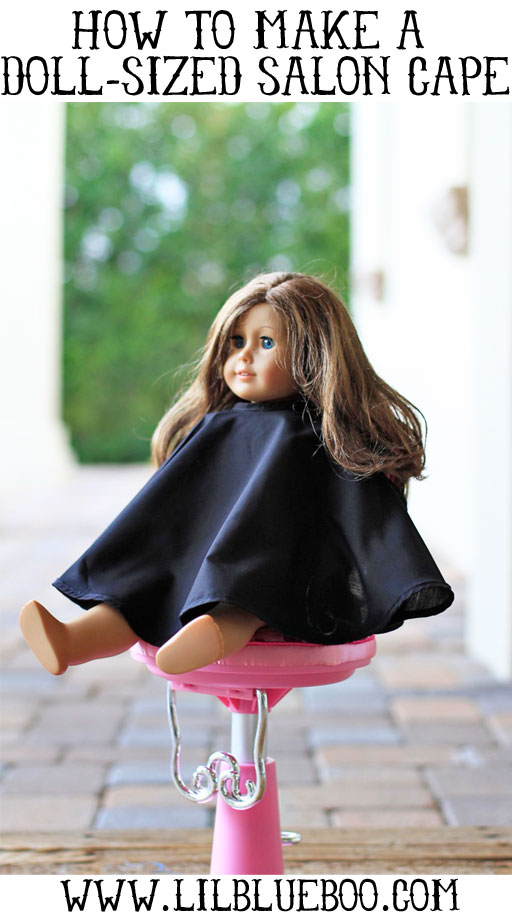 This morning was Boo’s 6th birthday party!  Before I do the big reveal, I’ll be posting about a few of the things I made for the party. Here’s the first…..salon capes to fit American Girl or other similar sized 18″ dolls! We have two of the 18″ doll salon chairs….and borrowed one from a friend…..so I made three salon cutting capes to accompany them.

To make your own, you’ll need the following for each cape:

*you can also use a fusible (iron-on) bias tape if you don’t sew…..just iron the tape into place! 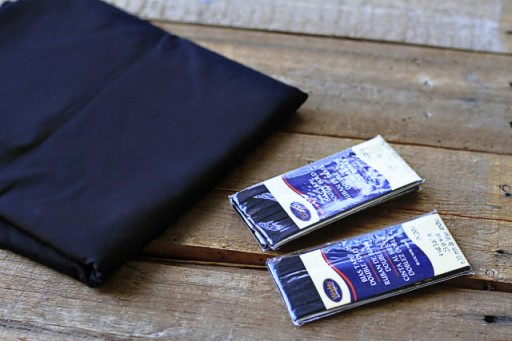 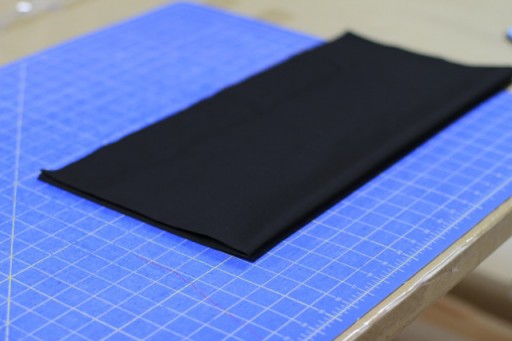 Place a ruler so that “0” is at the most folded corner of the fabric. Holding the ruler at “0”. move the ruler slowly from one side of the fabric to the other and mark at the 10″  measurement every inch or so…..creating an arc: 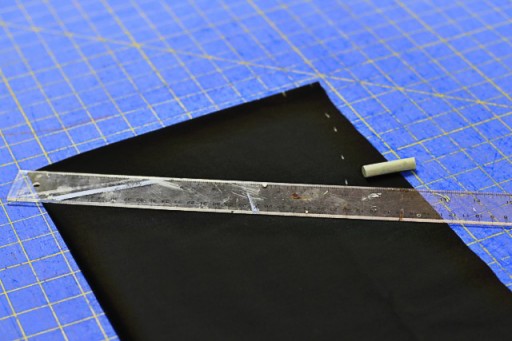 After you’ve drawn your 10″ arc, cut along the arc line so that your fabric looks like this: 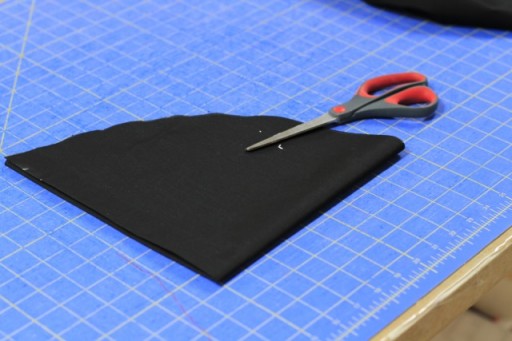 Cut off the corner using a 1″ arc: 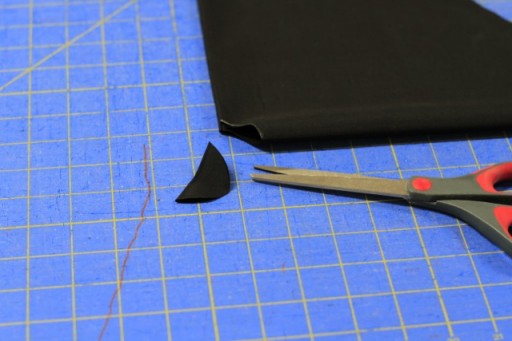 Unfold the fabric and you’ll find a circle with a small 2″ circle in the center. Cut up one of the edges so the cape looks like the photo below: 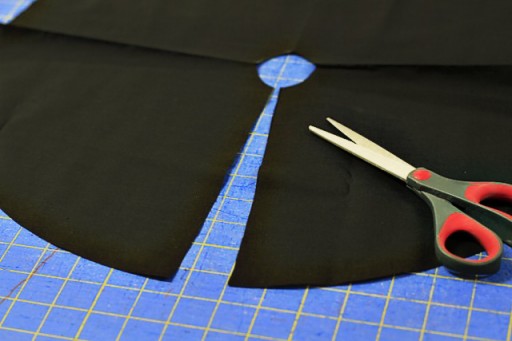 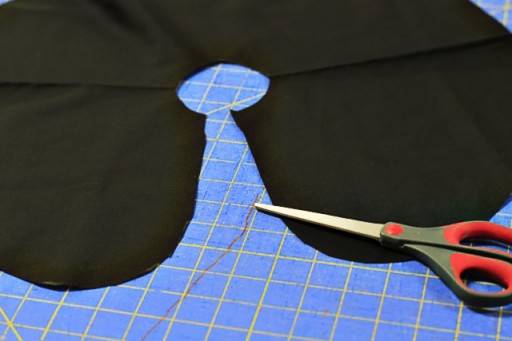 Take your bias tape and sew one continuous piece from the corner of the neck all the way around the circle…. 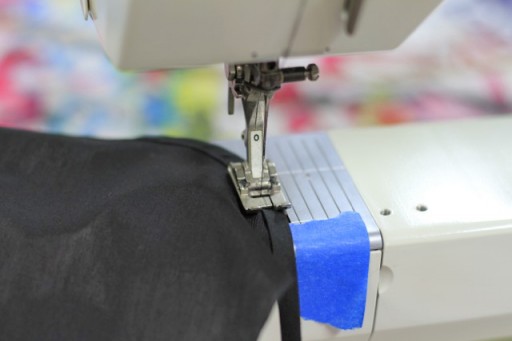 …until you reach the other neck corner. Cut off the excess bias tape. 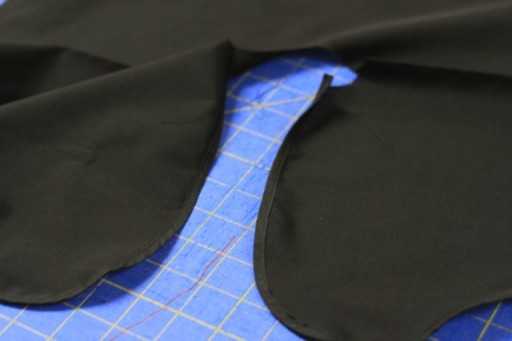 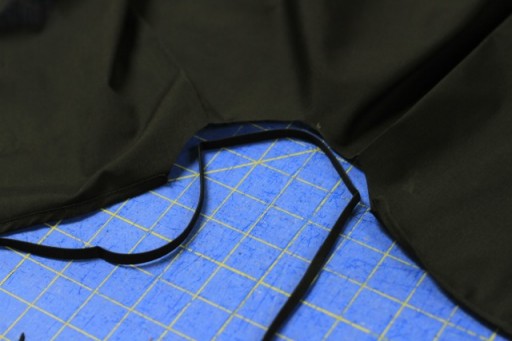 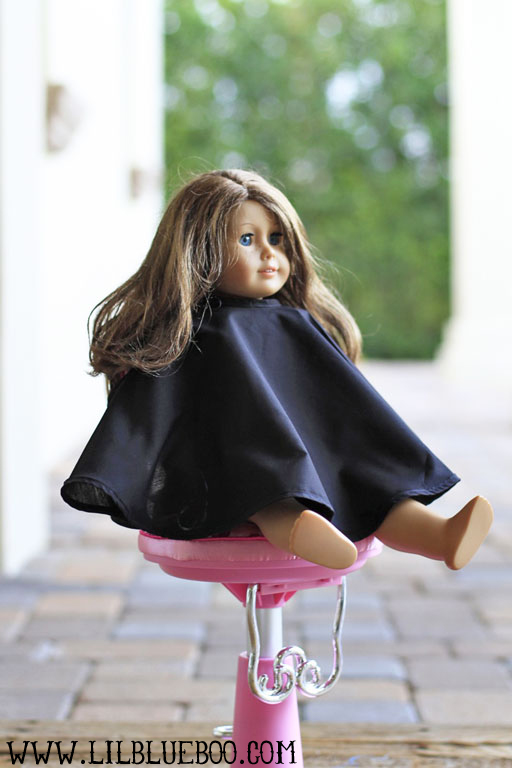 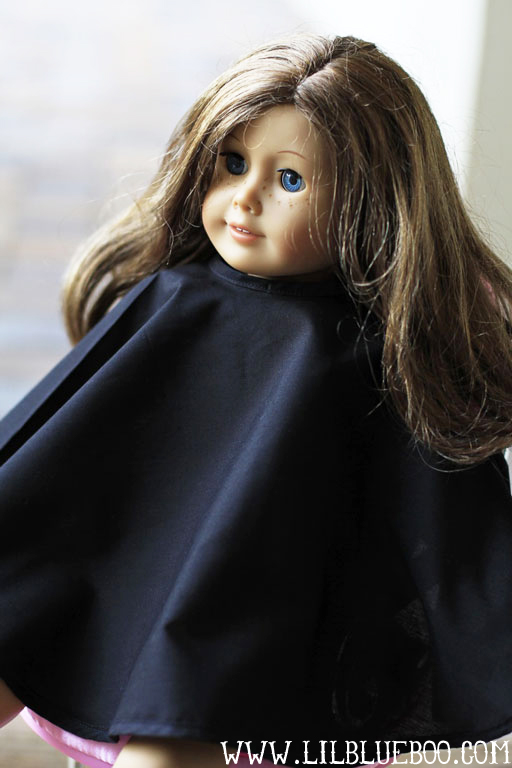 Use some iron-on ink-jet transfer paper to create an applique to personalize the cape! 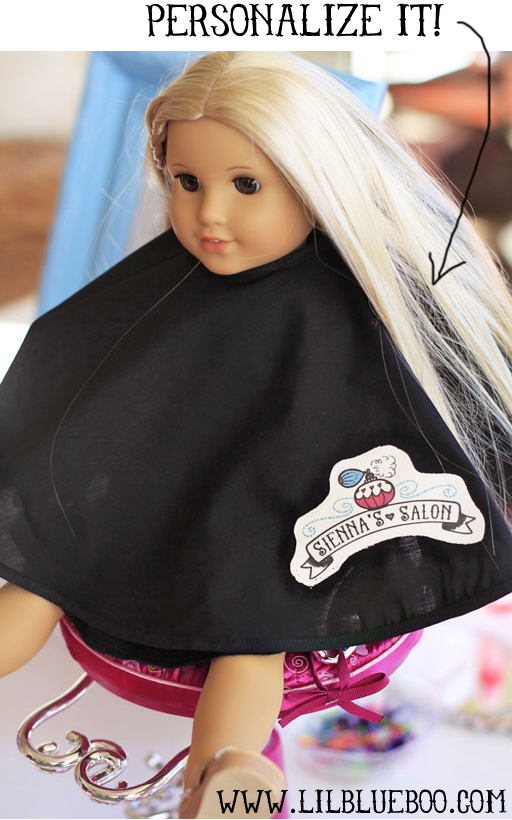