Menu
You are here: Home / Life / The True Measure of a Man

In August it finally occurred to me that I had forgotten for three months about my monthly blood tests.  I guess they weren’t “firm” appointments because I never got any reminders about them. After getting back from our trip east I finally went in to get blood drawn.  Then I promptly forgot about even getting the results back. I have a very short attention span.

Today I went in and asked if I could have a copy of the prior month’s results.

Me: Could you look at what the lab sent back last month?
Nurse: It says negative.
Me: Negative? Like I’m not pregnant?
Nurse: That’s what it looks like.
Me: Oh, well I already knew that. I don’t have a uterus.
Nurse: Oops, they ran the wrong test.
Me: I would like a refund please. 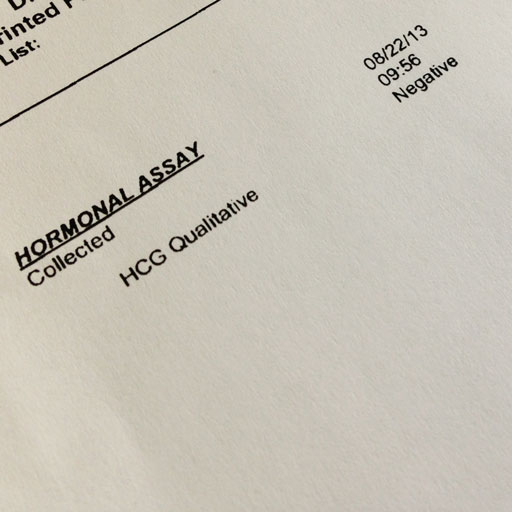 I saw the homeless woman again today from Friday. She was making her way across a busy intersection and when I went back the other way she was gone.

I had a nightmare the other night that a friend of mine was cooking puppies.  I won’t say who the friend was because they would read into it too much. The whole puppy cooking was eerily similar to the scene from the movie Immortals where the three high priestesses were burned to death in the silver bull statue.  I woke up thinking I must have serious psychological issues. Maybe I shouldn’t be telling you this.  My brain permanently files images like these just to torture me sometimes.  In my files: the people falling from the World Trade Center, a friend getting run over by a garbage truck, warlord atrocities, anything involving child abuse or animal cruelty. All hell on earth. And so when I have someone in the doctor’s office telling me that I’m not pregnant I can’t get upset.  I can’t get upset about anything really these days in my own little world compared to what else is going on in the world.

I also know that when I’m starting to feel upset, empty, or hopeless it means I’m not pursuing the things that matter.  I used to think that I had to reach the top of everything, but now I’m content down near the bottom.  Somewhere along the way I realized that there’s not a whole lot at the top. Every once in a while I have to remind myself what it is that I am chasing.

When I was in North Carolina back in August I grabbed a book off the nightstand from my mom’s guest room.  I don’t know what made me take it since it’s geared towards men but I stuffed it in my bag for some reason, maybe thinking Brett might read it.  On the plane flying back, I turned one of the pages and written in the top corner was, “last page Norman read on May 15, 2011.” My mom had marked the page that my dad had been reading before he died. First, I was really overcome with emotion and tears were streaming down my cheeks, because I always get that way on airplanes because of my dad.  Then I realized how amazing it was that my mother had marked this page.  I called her later and she said she didn’t even remember doing it.  Here are a few of the last few passages he read:

The true mark of man is found in the quality of his relationships – the capacity you have to love and be loved.

This makes me realize that my greatest fear should never be of failure, but the fear of actually investing my entire life in something that doesn’t really matter.

We live in a culture that measures greatness by building a business, amassing some large fortune, or being a celebrity. But in my mind true greatness is measured by the impact you make on the lives of other people.

And perhaps most important to men struggling in today’s world are King David’s words: If you seek Him, He will let you find Him. If this is true, then every single one of us – today, right now, in this very moment – is as close to God as we want to be – as we choose to be. 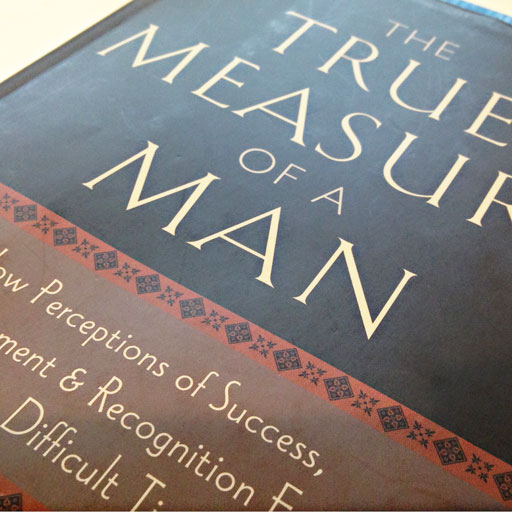 The book is The True Measure of a Man: How Perceptions of Success, Achievement & Recognition Fail Men in Difficult Times. Get it for your husband, brother, dad, son and every other man you know.  And read it for yourself.  I think it applies to women just as much.

Men so often define themselves by what they do, who they know, or what they own. And when they do so, they unwittingly set themselves up for great confusion and failure in their personal lives. – Richard Simmons.

One of my favorite quotes about my dad was in an article by Jay Flemma, that his greatest gift to the world was his ineffable joy in life: He could beat your pants off on the golf course, and you’d feel like he just gave you a Christmas present. You couldn’t wait to get back out there and lose to him again so you could just share a great day on the course with him.

That’s how I want to live.

I want people to feel like I gave them a Christmas present.

Sometimes I want to shake people I know and say: Stop the pity party! No one is out to get you. Try not to spend so much energy hating the people that you think have wronged you. In fact, I would love to have your problems. Can we trade problems?  Right now….and no takebacks.

Anyway, so sorry to be the bearer of bad news, but I’m not pregnant.  The universe likes to play cruel jokes on me but I think it knows that I have a sense of humor. No puppies were harmed in the creation of this post.