Menu
You are here: Home / Archives for Found Objects

I like to walk alone on country paths, rice plants and wild grasses on both sides, put each for down on the earth in mindfulness, knowing that I walk on the wondrous earth. In such moments existence is a miraculous and mysterious reality. People usually consider walking on water or in thin air a miracle. But I think the real miracle is not to walk either on water or in thin air, but to walk on earth. Every day we are engaged in a miracle which we don’t even recognize: a blue sky, white clouds, green leaves, the black curious eyes of a child – our own two eyes. All is a miracle. Thich Nhat Hanh, The Miracle of Mindfulness

I love filling my pockets with things I find on a walk or while working around the yard. Little treasures. Looking closely at the little snail shells you can see the layers where each snail has added to his shell as he grew. And the cicada wing looks like it might have just fallen off of a garden fairy. A piece of pottery that with the letters RTH AM…North American? 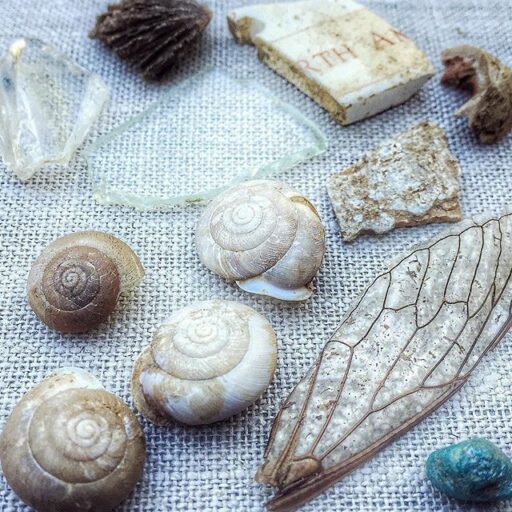 And all of these teeny, tiny flat rocks were a reddish clay color until I soaked them in water and their varying colors were revealed: 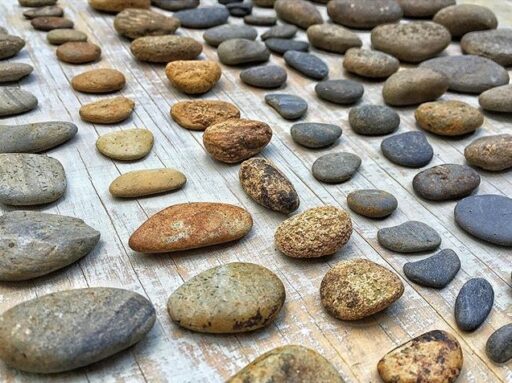 I love the fall when things begin to fall from the trees. If I stay in the same place long enough I become a target. I can hear the squirrels scurrying above me and suddenly a nut will drop with a thud to the ground. And if I look closely I  I can see the tiny gnaw marks used to detach it from the branch. They leave their littered shells all around: 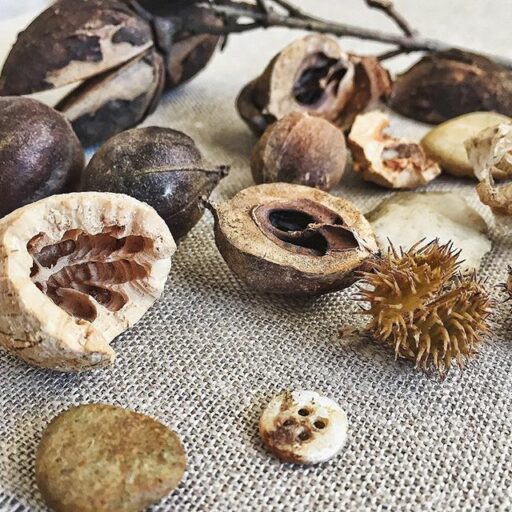 Tiny pine cones, a dime, a petal from a silk flower and other odds and ends: 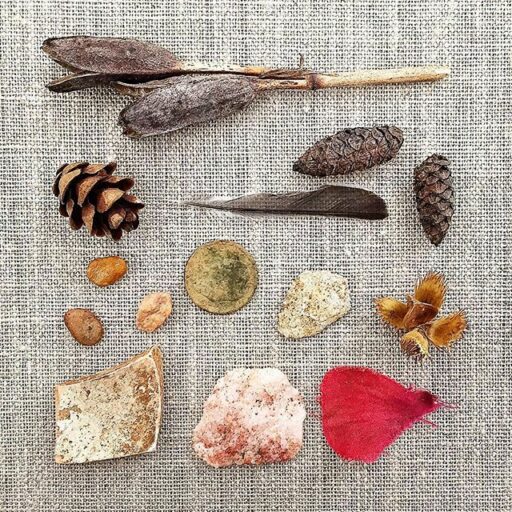 Learning to see becomes a meditation.  There are endless treasures from the earth. Years ago I would have swept these things into oblivion with a broom or rake, dismissing their significance. Now I pick them up and I am giddy arranging them like someone might arrange a collection of figurines or precious coins. And it’s almost impossible to describe or understand the enjoyment that I get out of it.

I think Annie Dillard’s chapter “Seeing” in Pilgrim at Tinker Creek is one of the most beautiful pieces I’ve ever read. I come back to it over and over:

There are lots of things to see, unwrapped gifts and free surprises. The world is fairly studded and strewn with pennies cast broadside from a generous hand.

Is it weird that I pick up dead bugs? The guy in the parking lot thought so the other day as I almost tripped him to save this dead butterfly: 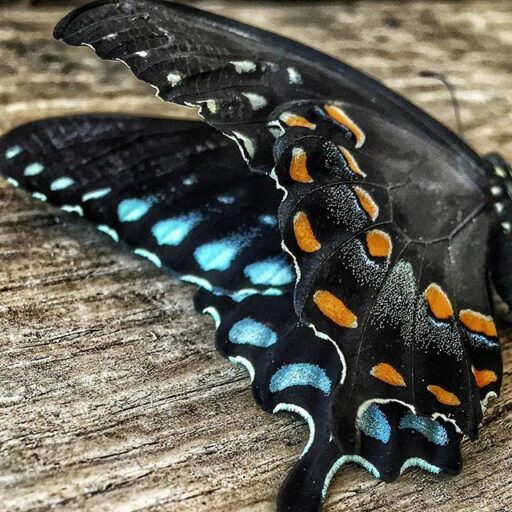 And then Brett found this in his truck yesterday, a dead dragonfly that I’d carefully wrapped up after finding him under a bench: 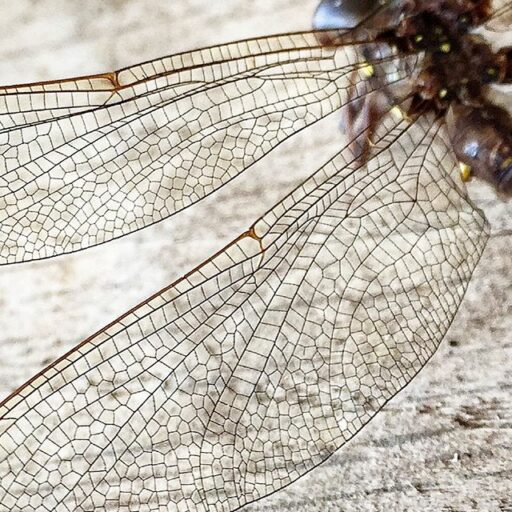 But seriously….the wings! Only about 2.5 inches long and such detail. I want to cut little tiny pieces of glass to fit all those little stained-glass windows.

I pick up little trinkets and treasures wherever I go. Feathers, shells, prickly things I can’t identify: 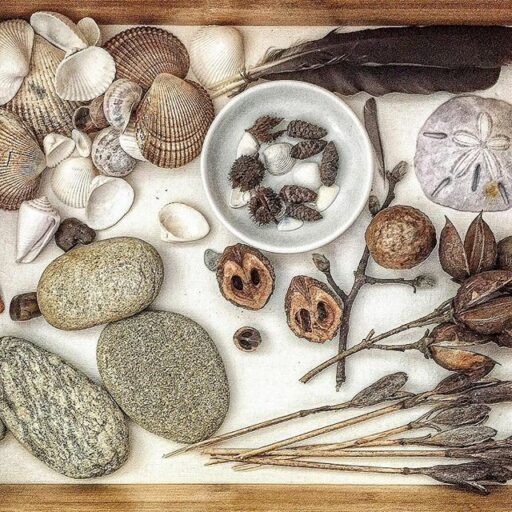 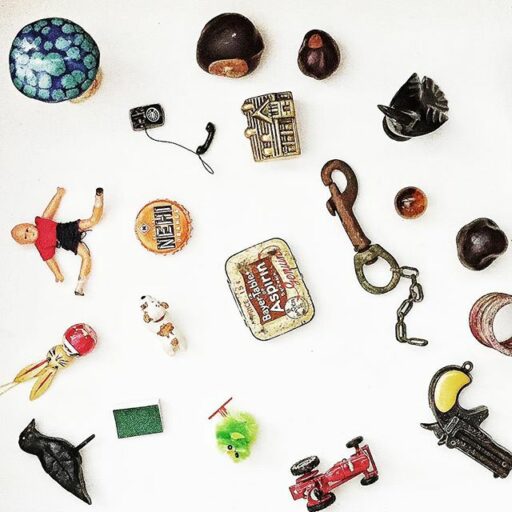 Sometimes I find things in my path, like in the knothole of a tree, that I swear Boo Radley could have put there himself.

Speaking of To Kill a Mockingbird, I have Go Set a Watchman sitting here on a table but I just can’t bring myself to open it. I don’t know if I’ll ever read it.

We watched the TKAM movie a few months back and it was just as wonderful as I remembered it. I think one of the most beautiful parts of the TKAM movie…the beginning credits where the hands open the box of treasures and the child’s hand coloring: 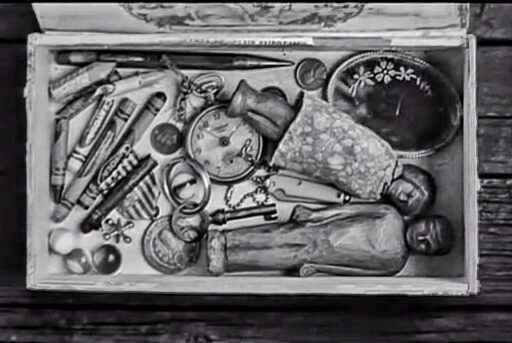 And just because I like to make lists, here’s an inventory of things Jem and Scout found in the tree:

2. Pennies: 2 Indian head pennies dated 1906 and 1900. Found in a purple velvet ring box covered in shiny foil gum wrappers. They would be worth about $50 today.

“I don’t know, Scout. But these are important to somebody…”
“How’s that, Jem…?”
“Well, Indian-heads — well, they come from the Indians.
They’re real strong magic, they make you have good luck.
Not like fried chicken when you’re not lookin’ for it,
but things like long life ‘n’ good health, ‘n’ passin’ six-weeks test…
these are real valuable to somebody. I’m gonna put ’em in my trunk.” (Chapter 4)

3. String: A ball of grey twine. I’ve imagined it as the hardware store kind, used to tie up packages and newspapers.

4. Dolls: Two dolls whittled out of soap. The boy with unruly hair hanging down, wearing shorts. The girl with bangs, wearing a crude dress.

5. Gum: An entire pack this time. No more information other than that.

6. A medal: An old tarnished medal that would have been given out to spelling bee winners in Maycomb County elementary school. Atticus couldn’t recall the name of anyone he knew who had ever won one of those contests. Neither can I now that I think about it.

7. Pocketwatch: An old, broken pocket watch on a chain. The credits showed an old Ingersoll Yankee pocket watch. The minute and hour hand missing but “penciled” hands marking the time 1:53. (the Yankee watch was first manufactured in 1896 and was so successful that Ingersoll had to open up new plants just to keep up with production.)

And then there were no more gifts…the hole in the tree was filled up with cement.