Menu
You are here: Home / Archives for Found Objects

I collect a lot of things…sea glass and river glass included. Here’s a fun way to display a sea glass collection out in the open using a glass box: 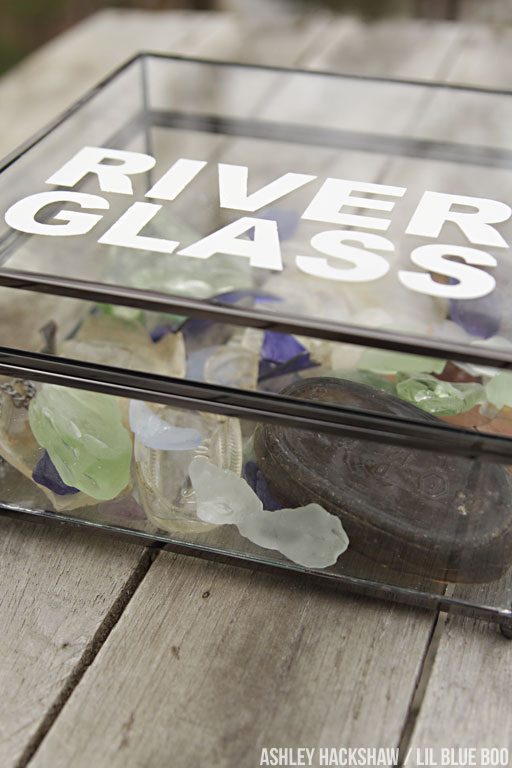 I call mine river glass because it comes from the banks of the Tuckasegee River here in Bryson City…sometimes I find it on the lake bed too: 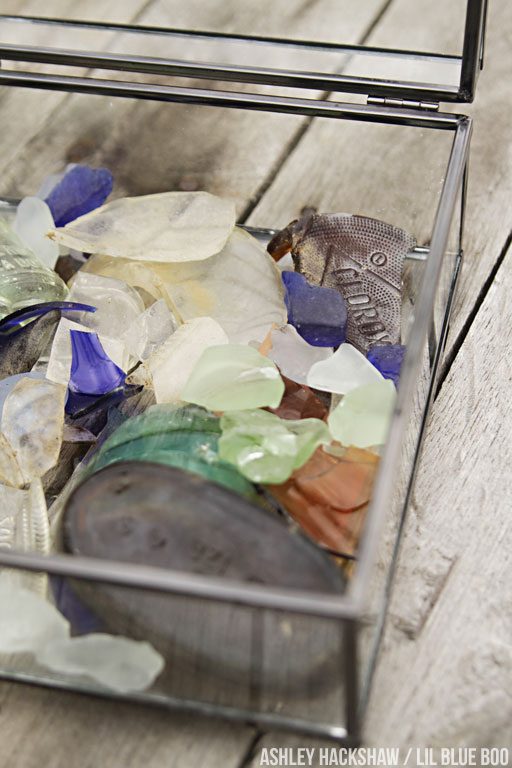 I started with a simple glass display box from Michaels Stores…they have a great selection this spring in the floral section. I used my Cricut Machine to cut a vinyl stencil but you can also cut your own just using an Exacto knife or razor blade: 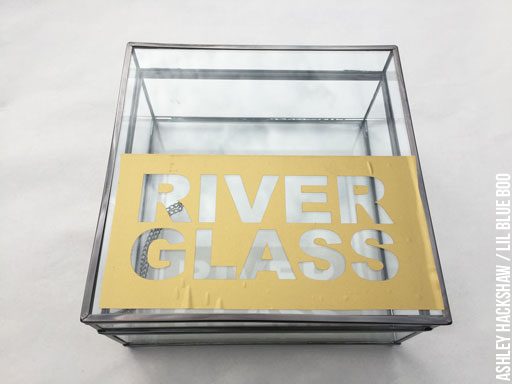 I masked off the areas where I don’t want paint to go: 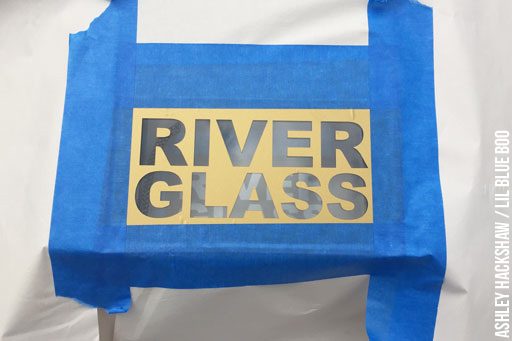 I sprayed a light coat of white spray paint for my letters but you can also use frosted glass spray or glass etching cream like I did on this etched soap bottle project. 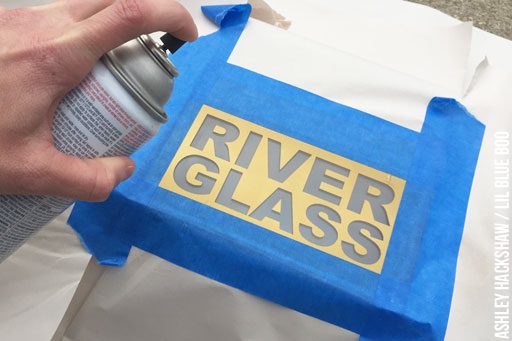 I just used spray paint because it’s quick, the only drawback is that it can’t get a lot of rough handling or the paint might scratch off. I carefully peeled off the stencil to reveal the letters: 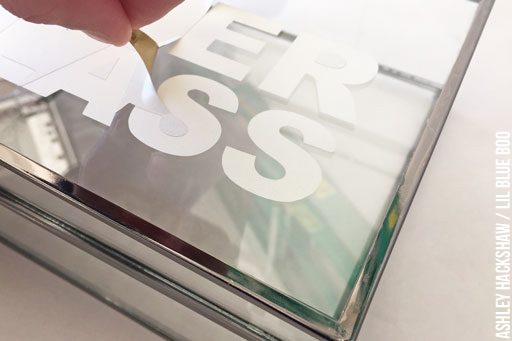 And my project was done just like that. I display this box with some of the other shadow boxes I use to corral collections. Now all river glass has a place in our home! 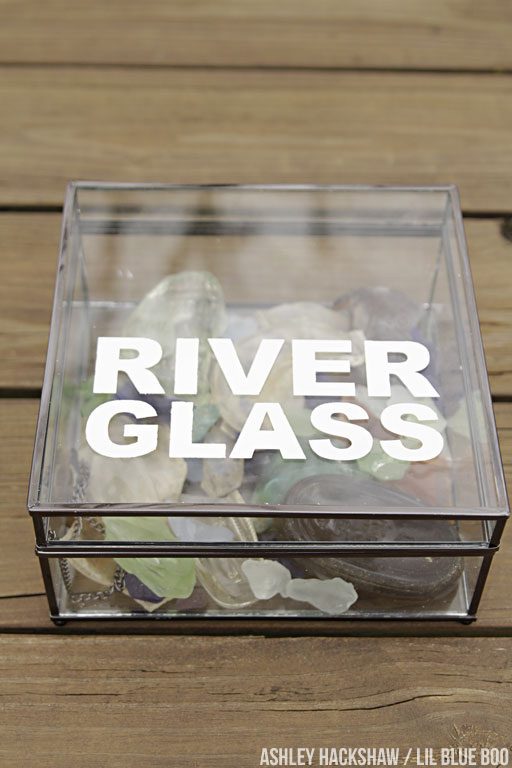 Refreshing your home for spring is as easy as swapping out a few décor pieces or adding pretty faux florals. Make sure to check out my succulent project I did last month.  Michaels has everything you need to get started….including an entire selection of pretty glass boxes for the Spring!

Looking for more inspiration? Make sure you visit Michaels’ blog, The Glue String, to see the rest of the Michaels Makers’ Spring Refresh project ideas. END_OF_DOCUMENT_TOKEN_TO_BE_REPLACED

Did I tell you that I got a new metal detector for Christmas? Whenever Brett asks me what I want for a gift I’m usually at a loss for words because I don’t really ever want or need anything. Of course books and art supplies are always welcome gifts but usually I am already in great supply of those two. I told him two things: a pig and a metal detector. We really don’t have a place to keep a pig at the moment (maybe one day?). All my treks on the dry lake bed and on the banks of the river made me start thinking about a metal detector…how fun it would be to have one.

Opening Christmas presents I was sure that I wasn’t getting anything…I mean a good metal detector costs about $150 or more and Brett and I both are pretty thrifty. Just as a joke every tiny gift I opened I would shake before hand and say, “I bet this is my metal detector!” I opened one gift and it was a pig! A stuffed pig. Brett kept saying he was sorry he didn’t get me anything except a stuffed pig. And then we were done. Later in the day my brother came over and handed me a large box. And guess what it was….

Turns out Brett had conspired to get the metal detector sent to my brother’s house so it would be a complete surprise. It worked because I was totally surprised!

On Christmas day my sister and I dug up her backyard looking for things. When we finally got a loud beep my brother dug down into the earth and pulled out something metal. You would have thought we’d discovered a lost galleon of treasure at our reaction. It turned out to be the end of an old hose…but we still considered it treasure because we’d found it under the earth!

I’ve only used the metal detector once since then…it turns out I’m only a fair weather metal detectorist. It’s been so cold and rainy that I haven’t had a chance to really get out there and use it. But the day that I did use it I found a few things.

Here’s what I’ve found so far: 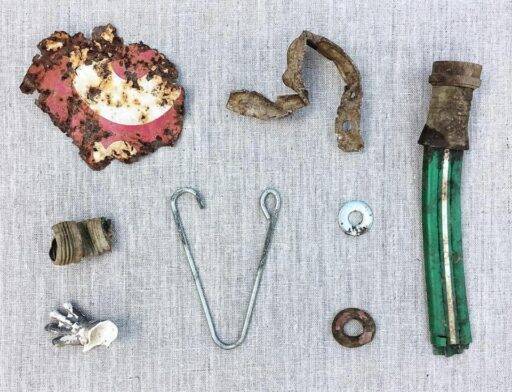 Nothing of material value but I think it’s all awesome. I’ll just keep saving it all and maybe I can make something interesting out it one day. I always joke to my friends that one day I’m going to open up a small oddity museum for all of my random found objects. I might just do that one day.

These are things that I found on the lake bed just walking around…so imagine what might lie under the surface: 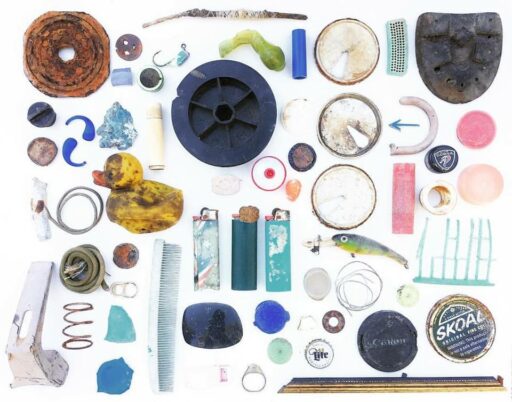 I keep all the cool glass finds separate: 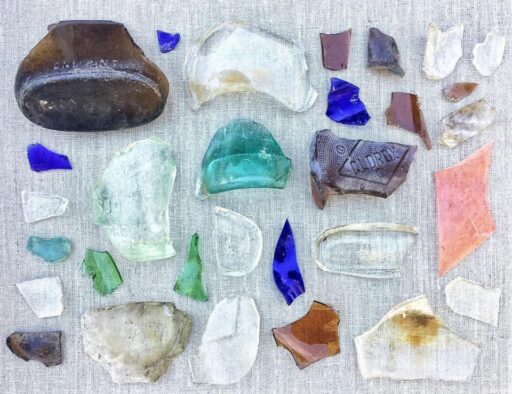 This was another found object collage from the end of 2016: 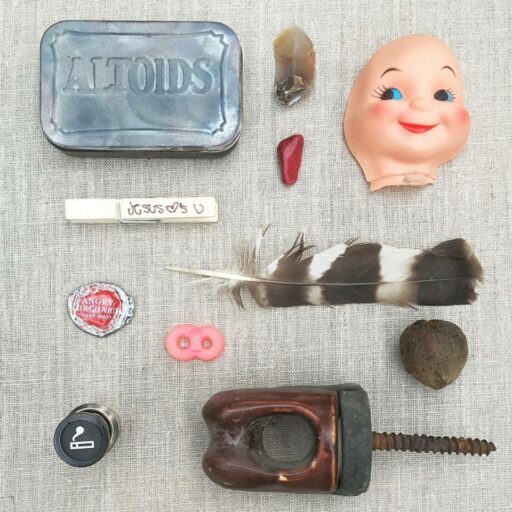 The “Jesus Loves U” pin was clipped to my handbag one day when I wasn’t looking. I don’t know if that’s creepy or neat. The little doll face was given to me by someone else who found it. Still technically found. I love the randomness of it all.

So one day maybe I’ll be a little eccentric old lady piddling around her cases of eccentric oddities. So, would any of you ever come visit my oddity museum?

Found objects. I’m always collecting, stopping in the middle of the sidewalk to stuff my pockets with items people have left behind.  I try to go through what I’ve found and arrange the items at least once a month. Here’s what I found in September: 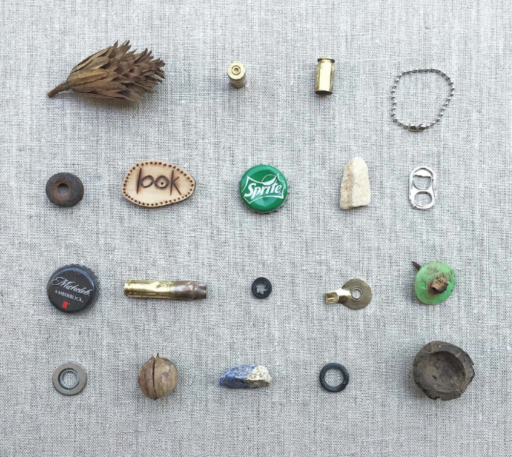 Here’s what I found in August: 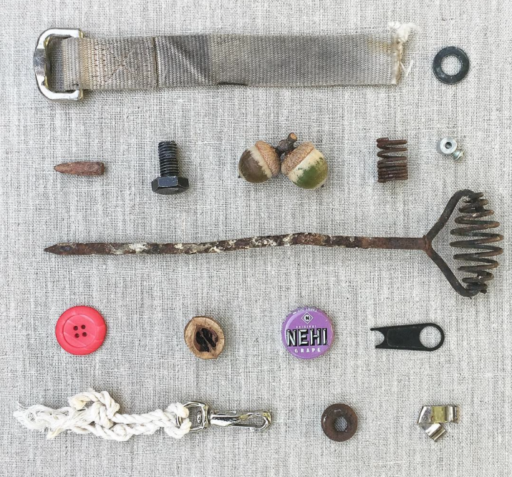 One day in August I found all of these feathers. It felt like I’d won the lottery when I found the blue one: 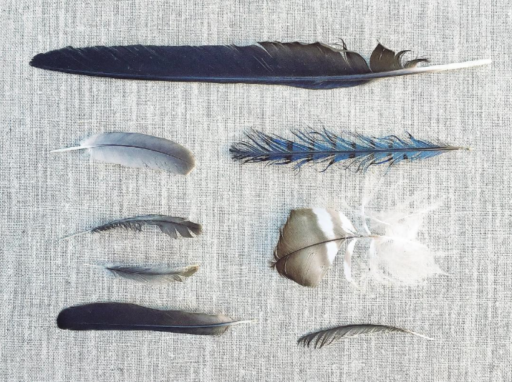 People always ask what I do with all of this stuff. I have a big treasure box that put it all in after I’ve taken a photo. I was looking through the box today…its become quite a collection of odds and ends. McGyver would appreciate the utility of it all.  Scout and Jem too.  I’ll find a better way to display all my junk one day, maybe a large curiosity cabinet.

Here’s what I’ve found and written about in the past.