Menu
You are here: Home / Archives for Western North Carolina

You’ve probably seen street views from Google Maps but have you ever seen trail views? Rangers and volunteers from around the world are helping to map the outdoors using the Street View Trekker, a hi-tech-backpack-camera that collects imagery of popular trails and destinations. The backpack takes photos in every direction, every two seconds, and also logs the location. Eventually the immersive 360 views can be added to Google Maps.

Brett (my husband) and our friend Ben King own Bryson City Outdoors, the outfitter here in Bryson City. In conjunction with the Swain County Chamber of Commerce, they had a chance to map some of the Great Smoky Mountains National Park as part of the Street View Trekker Loan Program: 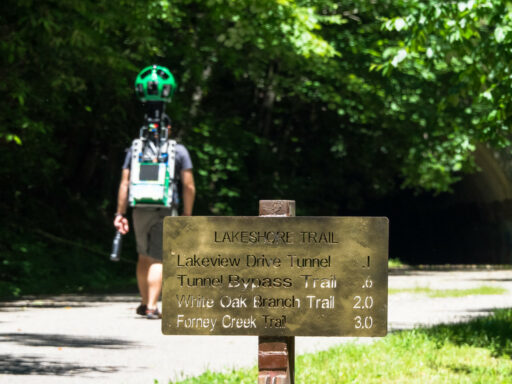 The Trekker weighs 45 pounds and has fifteen cameras to capture the scenery. It takes a photo every two seconds. Here’s Brett wearing the Trekker to capture trail views at Deep Creek: 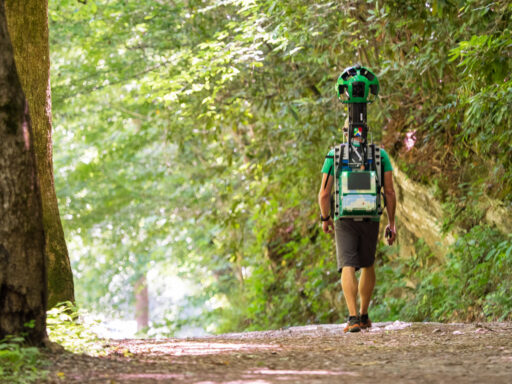 Through the Lake View “Road to Nowhere” Tunnel: 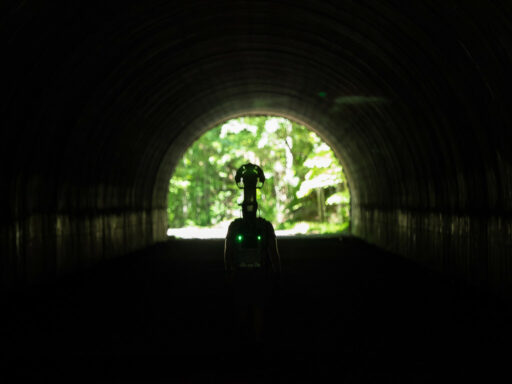 Brett and Ben even took it out on the lake to map the Fontana Finger Lake and the Almond boat dock area. That’s the Great Smoky Mountains Railroad train trestle in the background: 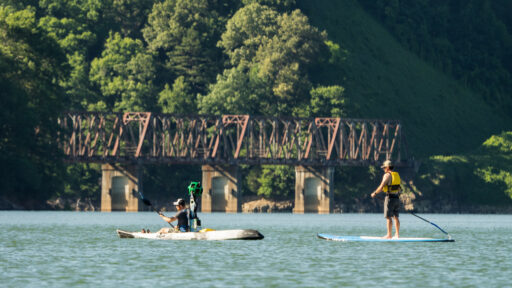 Ben on the kayak with the 45 pound camera on his back: 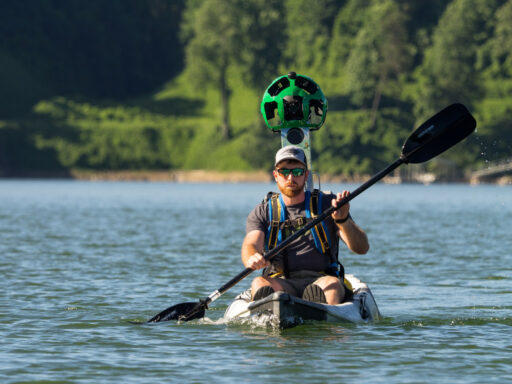 Brett on a paddleboard in case Ben fell in: 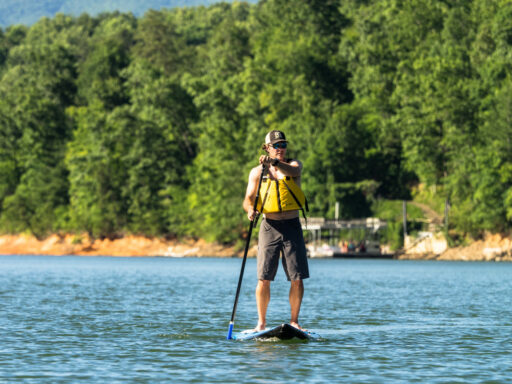 An amazing setting to capture! 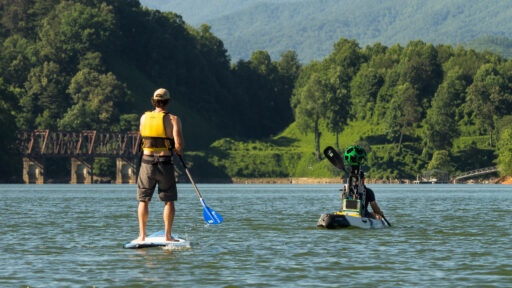 It got a lot of attention at Deep Creek because there are a lot of visitors tubing there this time of year. There wasn’t a head that wasn’t turned: 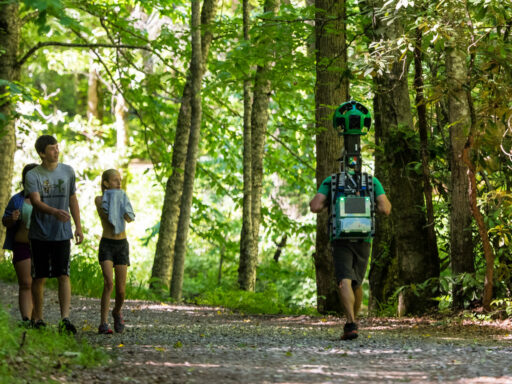 Hopefully the images will encourage more people to visit outdoor spaces they’ve been hesitant about. I can’t believe how many people come to Bryson City and have no idea there are three waterfalls within quick walking distance of each other: 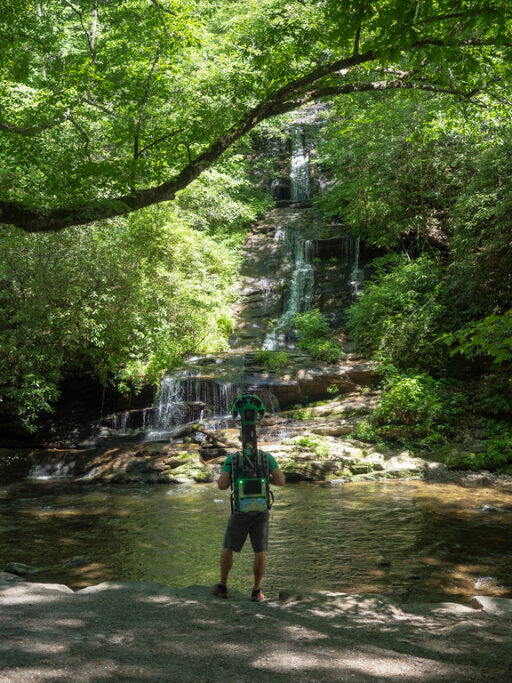 Pretty cool to see part of the process!

All the photos were taken by our friend Dwayne Parton: 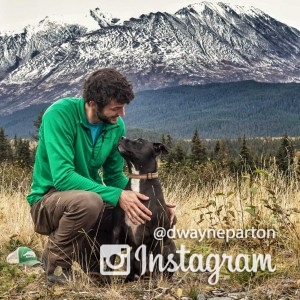 Dwayne left his North Carolina home with his dog Bobby to wander. He  made it to Alaska and spent the winter writing and taking photos. He is currently in Montana….wandering. 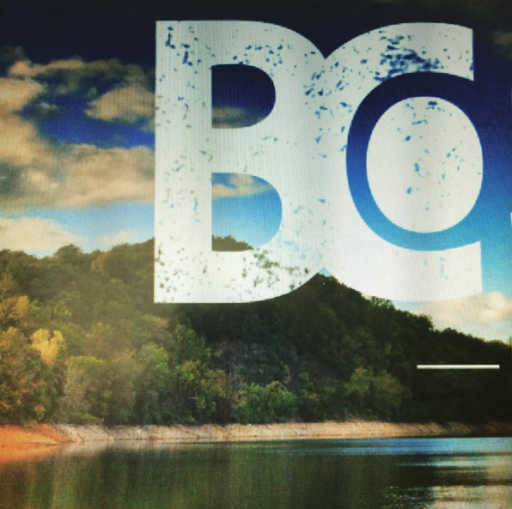 Bryson City Outdoors (“BCO”) is working hard to help people enjoy the beauty of Bryson City, NC. BCO has a well-equipped outdoor store in downtown Bryson City that has just about everything you may be looking for to make your outdoor adventure possible. They also offer kayak, paddleboard, camping gear rentals, and guided hikes in the Great Smoky Mountains National Park!

I frequent all these amazing places in the Smokies often, you can see more photography and read more about why I love them here: 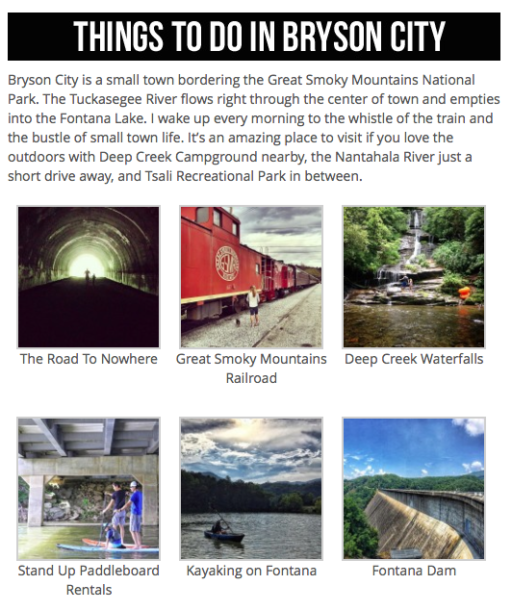 The largest house in America, the Biltmore, is only an hour from Bryson City. We are fortunate to be able to visit this wonderful place often. This is the winter garden, one of the first things you see when you enter the house. There’s a secret door in the floor…and it’s the only reason I wish I was born a Vanderbilt…so that I could venture down into all the hidden places: 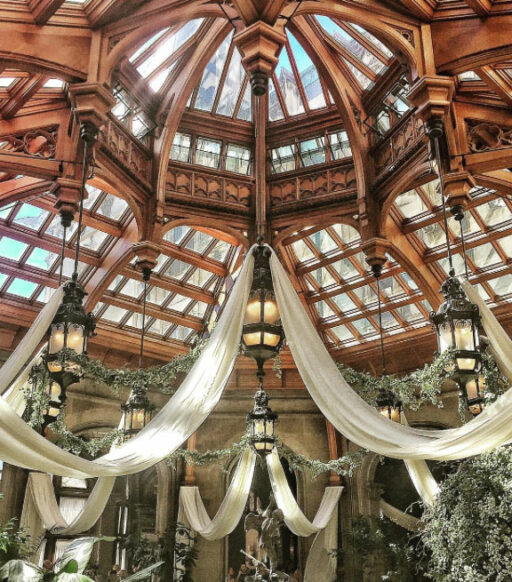 The Biltmore one of my favorite places in the whole world. Sienna’s too. She could be a tour guide. She has listened to the kid’s audio tour so many times I’ve lost count. She also visits with my mother a lot and my mother is a walking Biltmore history textbook. I’m just an apprentice, but I have read all the books, including Lady on the Hill which you have to read because details the life of George Vanderbilt’s wife Edith and their daughter Cornelia after his death, and what they had to go through to keep the Biltmore in the family.

“Lady on the Hill tells the inspiring story of the thirty-five-year effort to restore this fading beauty to her former glory – all without a penny of government funding or outside foundation grants.

In the late 1950’s, attorneys, financial managers, and tax accountants were united in advising Cecil [George Vanderbilt’s grandson) and his brother, George, to sell off the estate’s 12,000 acres in order to create a suburban subdivision. Cecil quietly ignored this advice and came up with a better idea: over the next four decades he would turn this down-at-the-heel mansion that was a drain on the family business in the most successful, privately preserved historic site in the United States, perhaps even the world.”

Whenever we visit we usually walk from the parking lot but yesterday we got there later than usual and took the shuttle. When we turned the corner from the meandering drive up to the house there was a gasp of awe from every passenger in the bus: 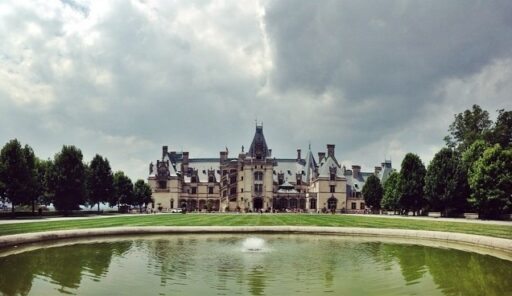 Funny that I noticed this chicken for the first time, on the ceiling in George Vanderbilt’s library: 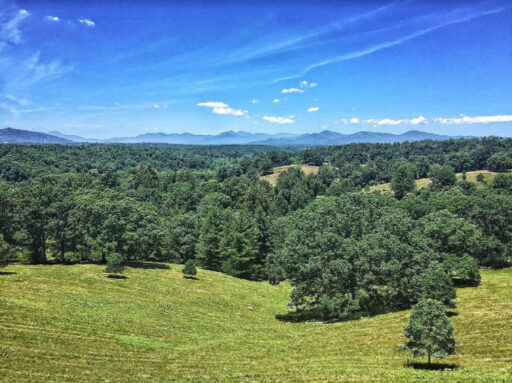 The Biltmore Conservatory could be an entire visit in itself. Greenhouse goals: 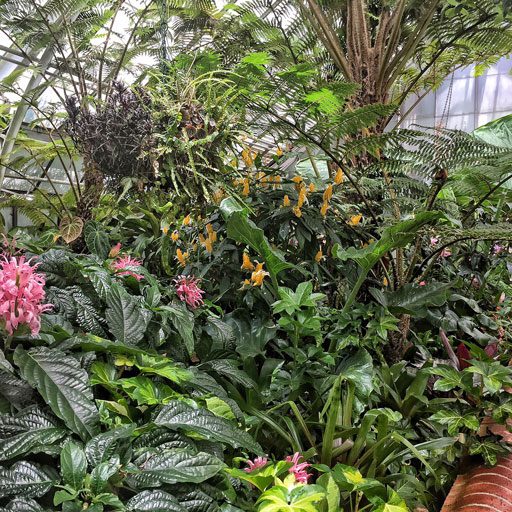 It’s full of plants I never even knew existed…and they don’t label them because then it wouldn’t be a historical garden…so I’m always tracking down the gardeners and asking a hundred questions. They are all more than happy to help me in my quest for random knowledge.  I didn’t get a chance to ask anyone about this amazing flower…but maybe one of you knows all about it: 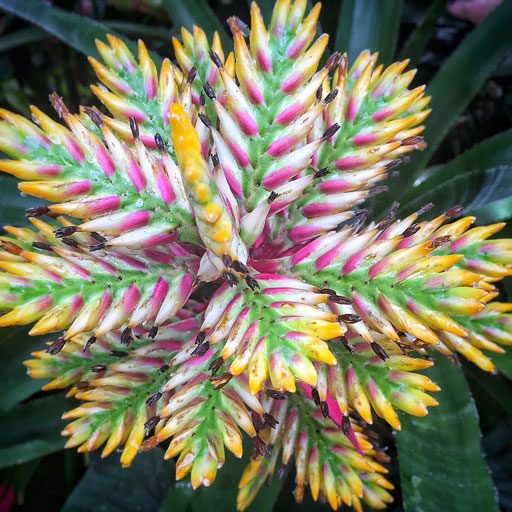 This fiddlehead was about as big as my head! It’s from an Australian Tree Fern. It looks like it could be a prop from Jurassic Park: 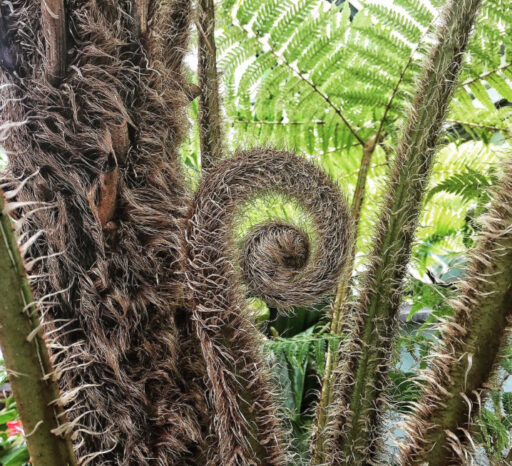 Sienna and Brett above the waterfall at Bass Pond: 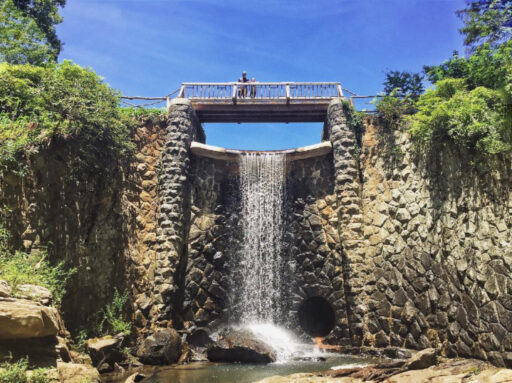 I found a raccoon print at the bottom of the falls: 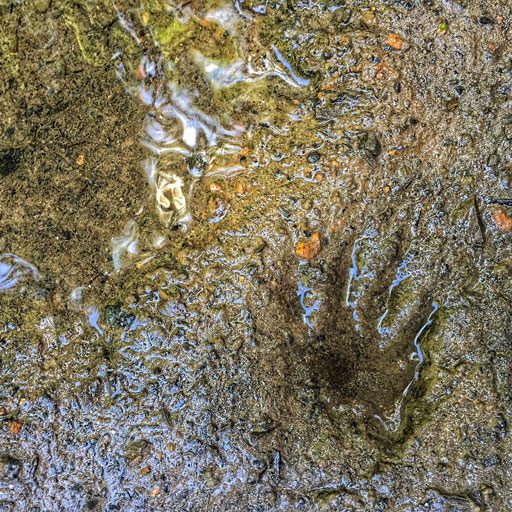 Oh and we found real chickens at the farmyard! All born around May 10: 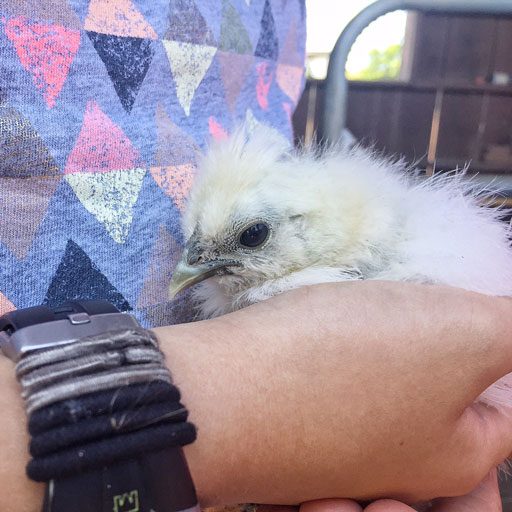 These photos were taken a while back while visiting in the fall season: 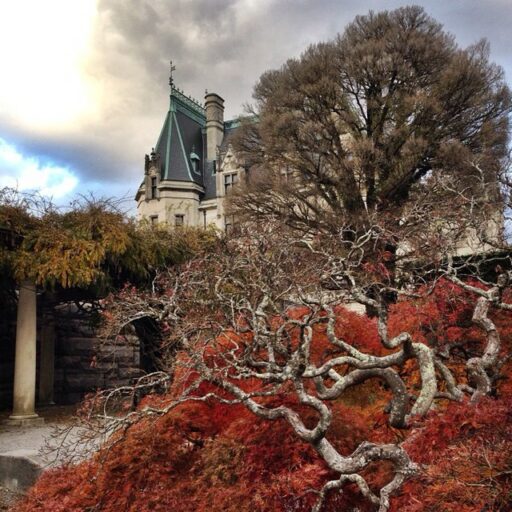 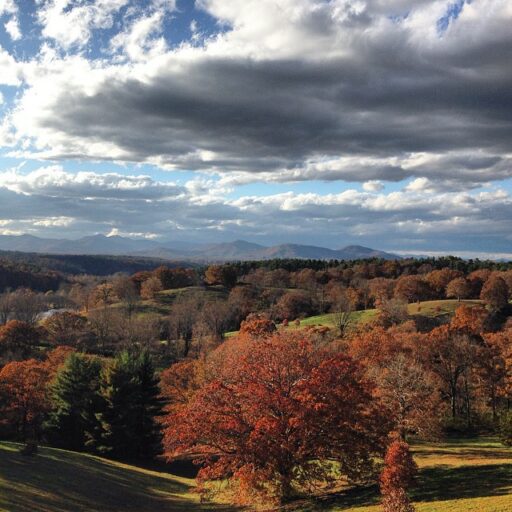 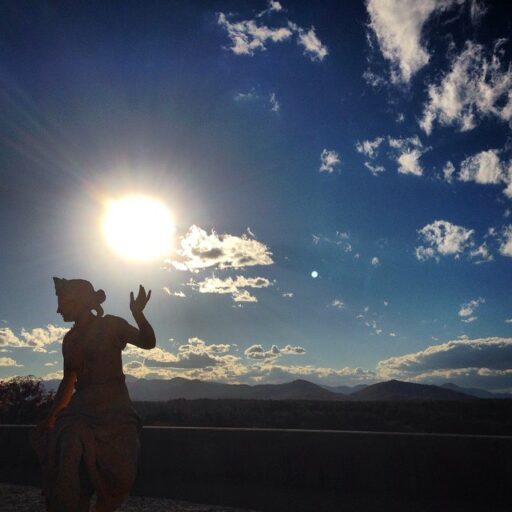 I love how they always keep things new, it’s great if you have annual passes like we do. Right now they have created an exhibition throughout the house of award-winning fashion from iconic films such as Sense and Sensibility and Pride and Prejudice. Here’s are two dresses from The Duchess (2008), worn by Keira Knightley and Hayley Atwell, which won an Academy Award for Best Costume Design: 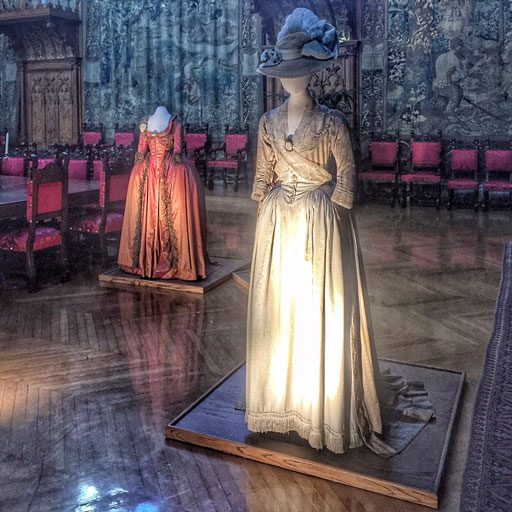 I’ve visited the Biltmore so many times that I kind of think I’m part of the Vanderbilt family. And one day I’ll walk into the house and they’ll say: today is the day you can go through the door in the floor. Maybe I could convince them to make me an ambassador one day and I could stand there all day to invite people to peek down into door in the floor. I’d call it: Door in the Floor Day.