Menu
You are here: Home / Archives for hair 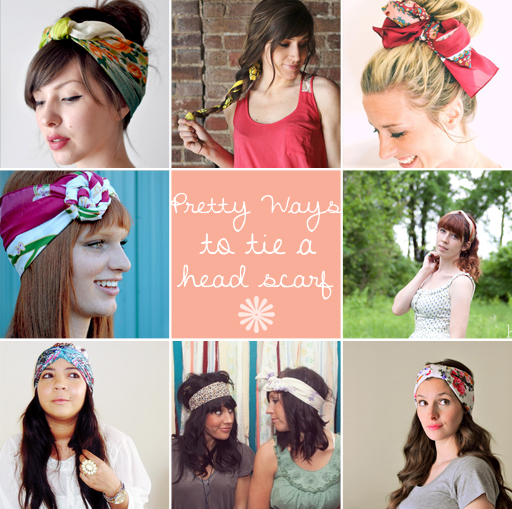 A silk scarf can jazz up any hair style or even disguise a bad one. I have rounded up some of my favorite tutorials from around the web on how to tie a head scarf.

Click “continue reading” below to see the gallery and links:

END_OF_DOCUMENT_TOKEN_TO_BE_REPLACED 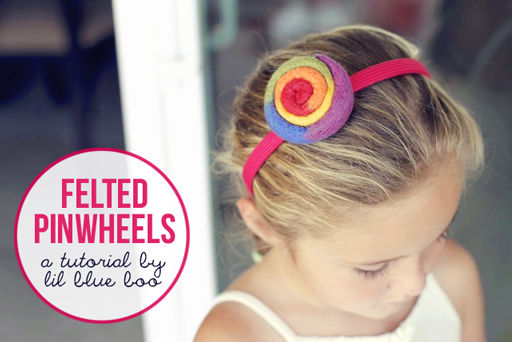 Have you tried felting yet?  It’s so easy and a fun effect.  We’ve been making these little mixed color pinwheels for accessories. Boo’s favorites are the rainbow ones. With this technique using pipecleaners it’s easy to make a long “rope-like” piece of felted wool.

First, you need some wool roving (I got mine from Dharma Trading)…..and a little bag goes a long way.  It comes in a variety of colors:

END_OF_DOCUMENT_TOKEN_TO_BE_REPLACED

I’m trying to prepare Boo for the reality that I most likely will lose my hair in the next 2 two weeks. It’s not going so well. If anyone has another technique they think I should use I’m all ears. 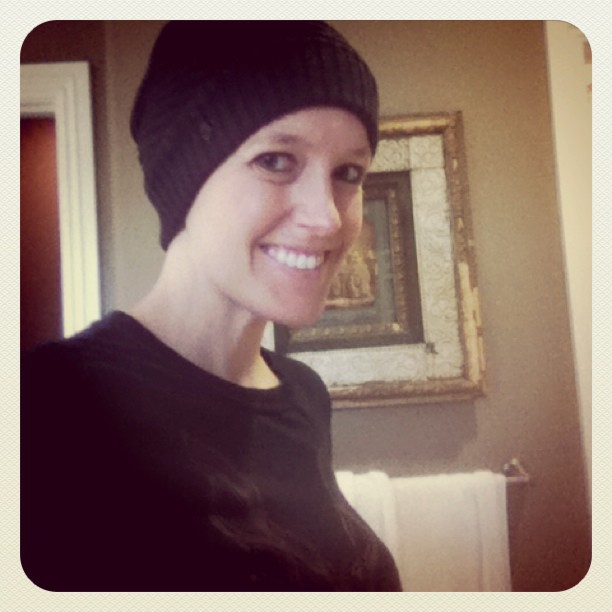 I guess it will be traumatic for her right at the beginning but she’ll get used to it. I don’t want her to be scared of me or embarrassed. I think about myself at that age and how embarrassed I’d get of my mother for the littlest things…..it’s not that I was unkind, it’s just that age range when you are just trying to figure out where you fit in. The last thing you want as a kid is a bald mom.

On another note my boob looks as big as a cantaloupe in this photo! I look like I might topple over….too bad it’s just an illusion.

I’ve got my little bag packed for tomorrow with some magazines and my laptop. The nurses say that most people try to sleep through their treatment….um, I never sleep. Hello, I’m new here….and I can’t stay still.  I’m not worried or scared about the IVs, drugs or needles…..I’m worried about getting claustrophobic and restless. I’m the patient that unhooked herself from everything after being rushed to the hospital JUST to get out of there. I’m the patient that tried to negotiate being discharged at 12:30am after being admitted for internal bleeding.

I still have a “super cough”….so I’ll spend most of the day trying not to cough which will just make me cough more. I had to take more pain medicine this morning because I pulled a few muscles where my surgery was just from coughing. Most normal people might have anxiety about having cancer and undergoing chemotherapy. I just have anxiety about having to sit in a chair for 6 to 8 hours and coughing all over everyone while they sleep peacefully next to me. And how I’m going to get lunch delivered to the infusion center so I don’t starve to death.