Menu
You are here: Home / Archives for video

Every once in a while I get a uncontrollable craving for this cucumber salad my grandmother Brownie used to make. 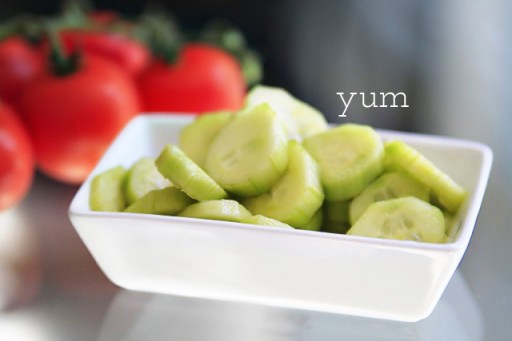 I posted the original recipe she wrote out for me years and years ago at the bottom of the post.

I shared these on Facebook yesterday but in case you missed them…… good, clean humor with a lot of Southern charm. That charm must have triggered the cucumber salad craving……

(Warning: you may snort with laughter……and don’t watch if the kids are napping……you’ll wake them!)

END_OF_DOCUMENT_TOKEN_TO_BE_REPLACED

I’m obviously easily amused. I don’t know why this made me laugh so hard…..but, because it did, I have to share. Spoiler alert: Notice that the kangaroo just “falls” into the bag. And then I laugh hysterically at the fact that he’s laying upside down with his tail sticking out.

I was at the doctor yesterday describing how I’d passed out the other day and I used this as an example: I collapsed, you know, like when Jake Sully gets unplugged and his avatar body collapses in front of the Na’vi. I got a blank stare. The Na’vi, the indigenous people of Pandora? Blank stare. I guess you didn’t see the movie…. I’ve got an echo on Monday and more blood work and then hopefully I get a break from doctor appointments for a while.

So glad it’s Saturday. I woke up early (or what I thought was early) and Boo immediately said: I ate the last cinnamon roll. You should have woken up earlier. She’s right. The cinnamon roll was fair game. Mr. LBB had to work early this morning. He had the chance to eat the last cinnamon roll but he didn’t. Boo played quietly and got dressed by herself, letting me sleep in as a peace offering.

So, we are going to Seattle soon for some much needed vacation.  What should we do while we are there?