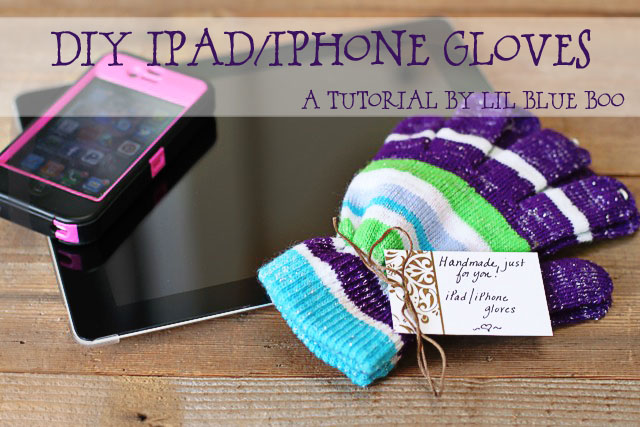 Note: these gloves were tested on my hubby’s Android too and work great.

So it’s a little annoying that iPad and iPhones don’t work with gloves on! I did some research around how the iPad/iPhone works and you need the conductive property of the human finger…..so that sent my investigative nature into overdrive and after a bunch of experiments I came up with something that worked! These would be a fun stocking stuffer or holiday gift! 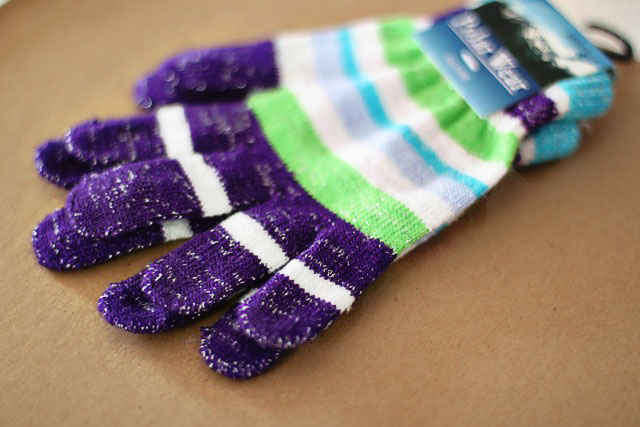 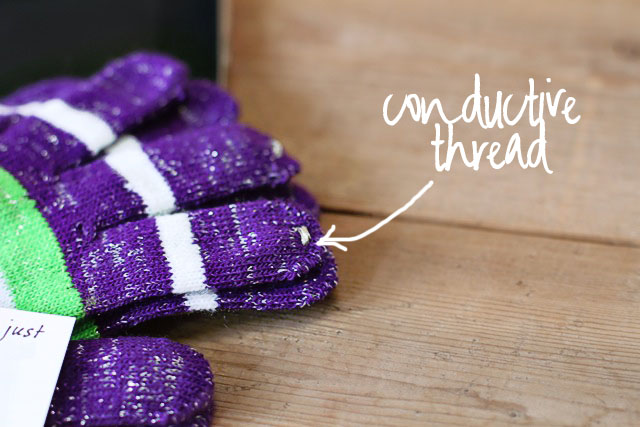 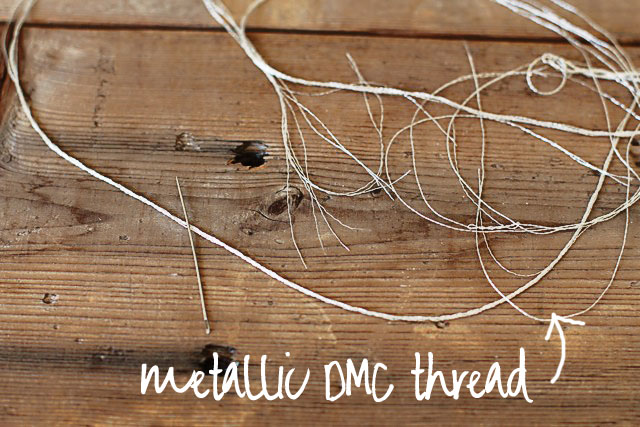 I put the glove on my left hand and stitched rows of stitches on the top of the finger to cover it: 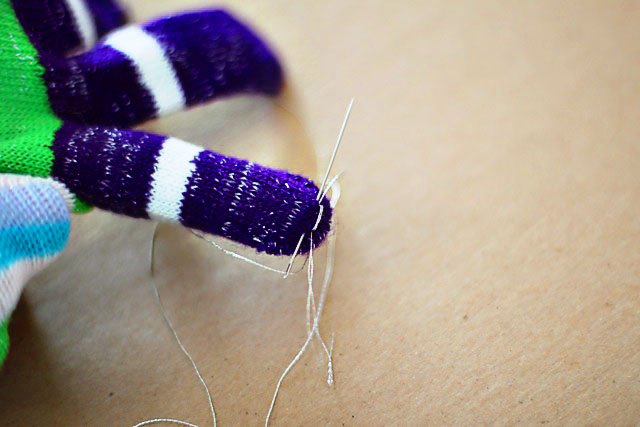 You need two fingers for the majority of iPad and iPhone functions so here’s how they looked when I was finished: 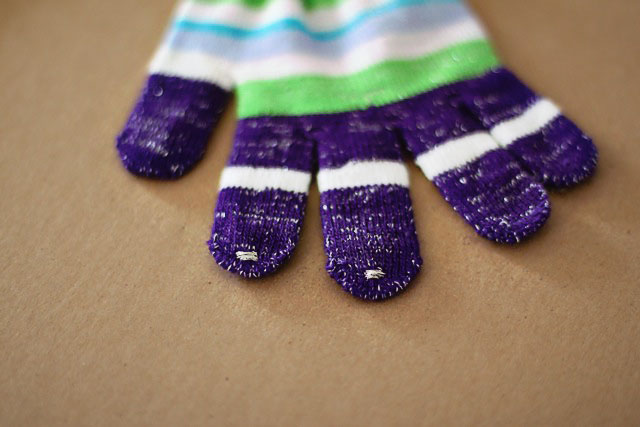 I added a pretty tag and added “Handmade Just For You….iPad/iPhone Gloves”: 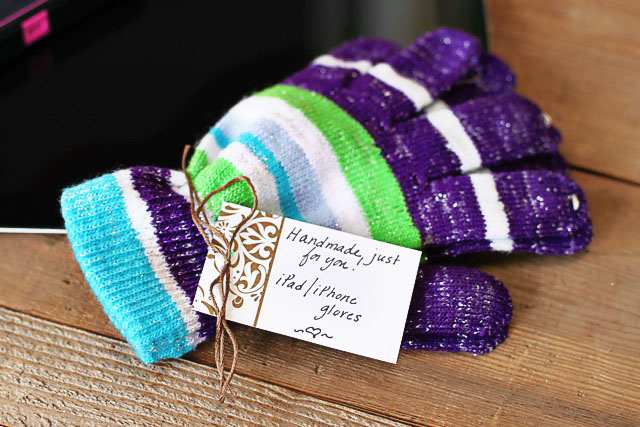 Anyone with an iPhone or IPad will be so excited to get them! Now I have to make a pair for Boo so she can play games on my iPhone when we are out and about! 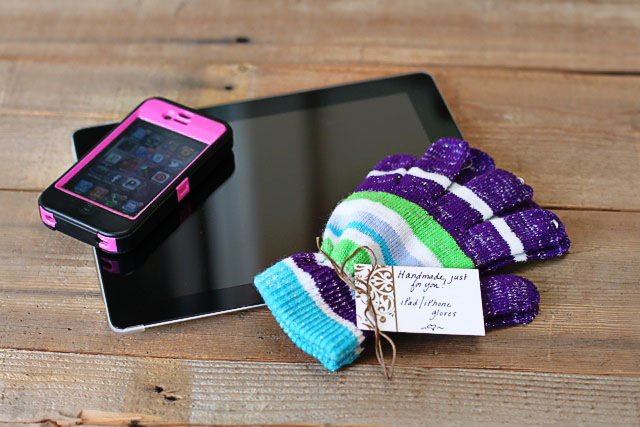 I don’t always show the ideas that didn’t make the cut……but these are kind of funny. I seriously felt like Mr. (or Mrs.) Wizard…..remember that show? I knew I needed some kind of conductive material so I tried everything that I thought might have conductive metallic properties. All of these failed the test: 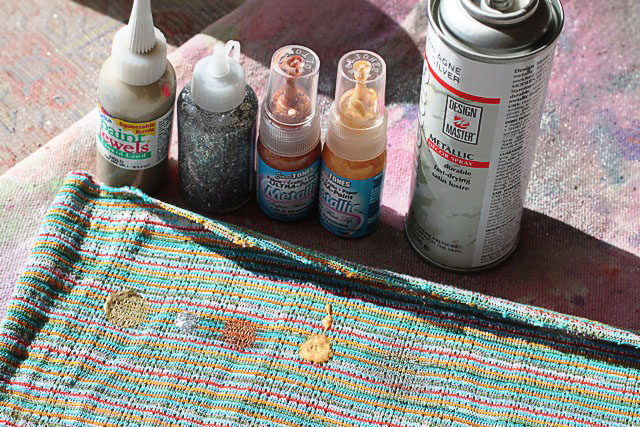 My initial idea was to paint the end of the gloves with some type of metallic paint so it would soak through to the other side….I could make my own paint mixture with metallic powder and it would do the trick. My friend Walker educated me on aluminum powder and gave me the idea to make my own. I filed aluminum off the end of a level and mixed it with fabric glue to apply to the end of the gloves. IT WORKED! BUT…..the aluminum filings were too scratchy and I was afraid they would scratch the iPad/iPhone surface. Aluminum powder would be perfect but it’s too expensive to make this a budget project (unless you are making a few hundred pairs of gloves!) 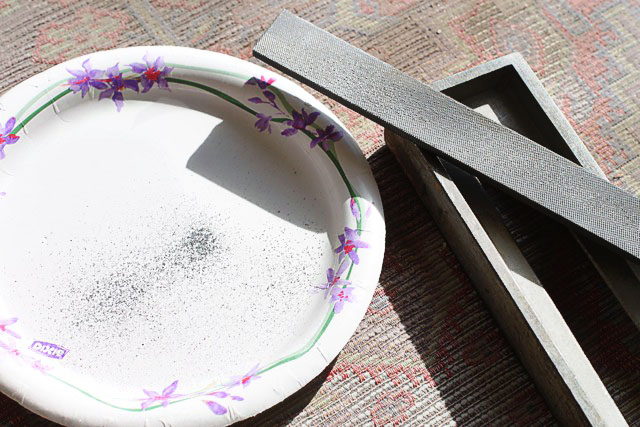 These worked too! Aluminum eyelets! The only problem with this one was I was afraid they would get too cold on the end of the gloves. But if you don’t sew at all….this is an easy alternative option. Just make sure to add glue or fray check so your gloves don’t unravel. 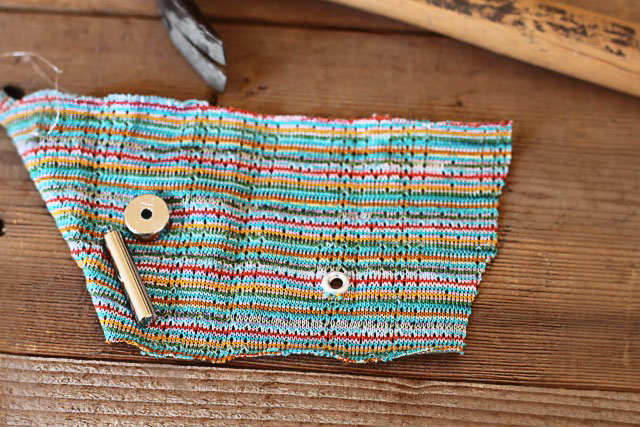 So the metallic thread was the best solution!  Enjoy!