Menu
You are here: Home / Life / Every Man (and Woman)…..His Own Historian

Back around 2001, I started interviewing my grandfather. I’d show him photos….and then ask him about them….and then I’d frantically write everything down. I videotaped him a few times when I felt Iike I couldn’t keep up. Once, I asked him to sketch out the floor plan of his old family farm and I asked him questions about each of the rooms: 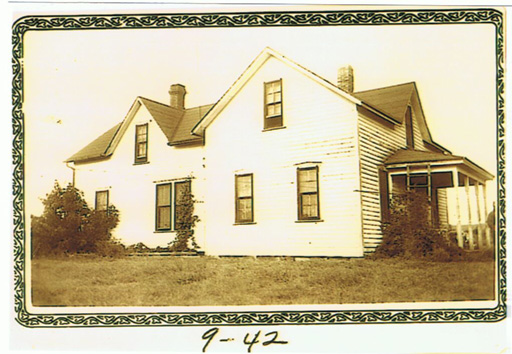 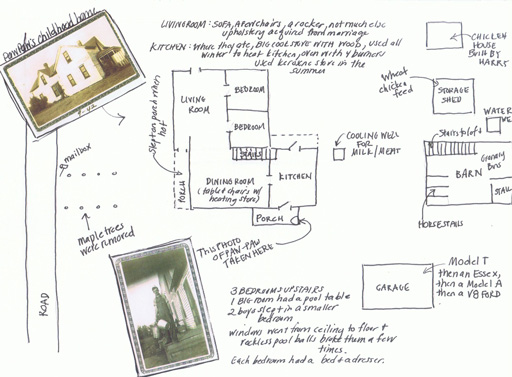 As told from my grandfather:

Dad had to use a lumber wagon to move the piano because Tillie (Mom) wouldn’t let anyone who’d been drinking touch it.

We ate a lot of canned food because food spoiled quickly from the heat.

We didn’t have any electricity. Once a week, Mom would fill the lamps with kerosene and wash the glass chimneys.  The farmhouse got electricity during the war.

Carl (my grandfather’s grandfather) once saw Indians crossing the farm.  Two came up to the farmhouse. They wanted tobacco so Carl gave them half of what he had.

All of Dad’s brothers got Tillie crystal from Montgomery Ward for her wedding present.

My grandfather passed away in 2003. I wish I’d taken the time to interview my dad, but I always thought we had more time with him.

I’ve been thinking about The Lil Journal Project and where it started….I think the momentum started back in 2002 when I was getting my MBA at Wake Forest.  I wrote a proposal for a self study where I would work with undergraduate art students about the business of art. The final deliverable would be a “business of art” manual and I would hold a solo art show. It was partly a ruse…..so that I could get studio space and studio time in the Scales Fine Art center. I was shocked when the proposal was approved….and I had no idea how I’d actually find time to fit it all in.

Around this time, I’d started collecting “orphaned” photos to paint from (as if I needed anything else to collect!).  Orphaned photos are unidentified photos that have turned up in antique stores or estate sales. In most cases these pictures were removed from family albums and sorted into lots for resale. Other things that I started to find: diplomas, torn movie tickets, old letters etc. It almost became an unhealthy obsession but I was so overcome by such a discontinuity of a personal past.

How could these photographs and mementos go unclaimed?

Who did these photos belong to? Was someone looking for them somewhere?

This became the idea for my show…..a year long project….I would collect these photos and paint the people in them.  I painted for 3 to 4 hours a day along with my MBA work. The titles of the paintings were simply the captions found on the back of the photos: 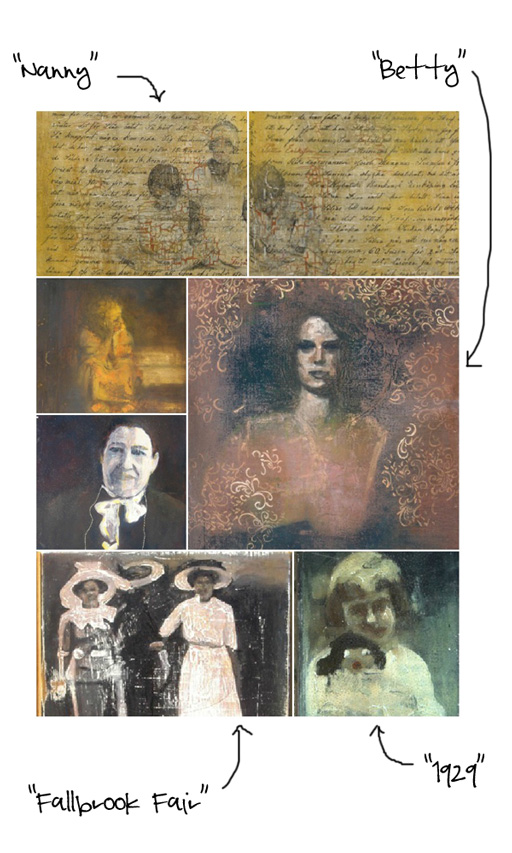 By painting them, I guess I felt like I was preserving them……but I agonized over them at the same time:

Were they happy? Who suffered? Were they loved?

Does anyone remember them?

“…in the lengthening perspective of the centuries, even the most striking events must inevitably, for posterity, fade away into pale replicas of the original picture, for each succeeding generation losing, as they recede into a more distant past, some significance that once was noted in them, some quality of enchantment that once was theirs.”
-Everyman His Own Historian by Carl Becker, 1932

That’s all for today. I just wanted to encourage anyone who hasn’t started the project to join in at anytime because: 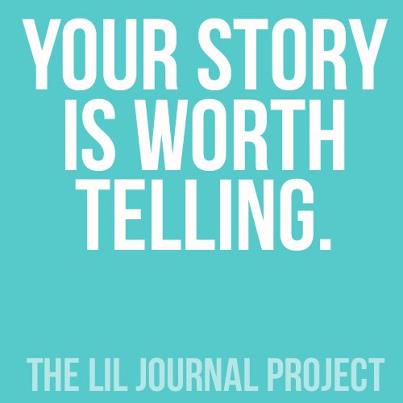